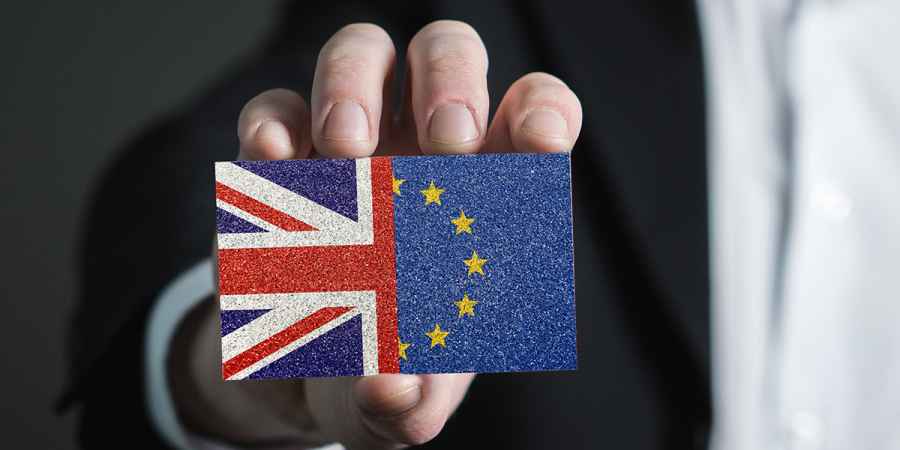 Photo: pixabay.com
Craig Hamilton-Parker has made a series of psychic predictions about the year ahead, including his hunch that there is a positive outlook for Britain after it leaves the EU, despite some initial minor disruption in early-2021.
The British psychic starts his annual predictions video by telling viewers, "remember, the future is not fixed." He says, "my thoughts are, it's possible to see the future. It's also possible to change the future. So whatever I say and whatever any other psychics say is always kind of like a view of what's on the horizon, but all of us can have an influence on changing that."
In his new 90-minute-long '2021 World Psychic Predictions' YouTube video, Craig covers off everything from Donald Trump's future, to the world economy, climate change, natural disasters and even the increased risk of international terrorism.
Craig has been firmly predicting a hard Brexit for the last few years now, meaning the UK won't leave the union with any deals in place with Europe. This now seems to be the case. Even if minor last minute deals are done in some areas, this will still be a hard exit from the EU. However, Craig has repeatedly incorrectly predicted the date the Britain would leave the EU and even the Prime Minister who would complete the negotiations, he was originally very adamant that former Prime Minister, Theresa May would get Brexit done.
Despite the timeline error, Craig says, "I feel Britain will do well from Brexit. I've always said this." He added, "I'm getting a sense of a retraction period immediately after Brexit economically," but he says that he believes it will only be short. He continued, "I feel a kind of a quick and steady improvement."
Craig clarifies, "there will be some disruption, but nothing like the scaremongers have said." He also says that despite the difficulties the UK will have trading with Europe he sees a lot of good and positive things happening.
He then takes his predictions for Europe a step further. He says that Britain leaving the EU will be the catalyst for major changes across Europe that will see the eventual split of the EU into a "German federation type thing" and a "French type of area".
Aside from Brexit, Craig also predicted everything from a housing market slump, to "artificial jobs" created by the government similar to the old highly-criticised Youth Training Scheme from the 1980s.
He said that the world will eventually return to normal after the pandemic in the summer, but that we should expect two similar yet more manageable outbreaks in the coming years. He also said that Joe Biden will eventually take office after a long battle with President Trump.
Craig previously predicted Trump's rise to the White House and also previously stated that the president would get a second term in office, but now Craig has seemingly changed his prediction and although he says that Trump will challenge the election result throughout 2021, Joe Biden will become the 46th president of the United States of America.
Craig did previously correctly predict chaos in this year's election and in his new videos says that he thinks claims of voter fraud are true and that "justice has not been done". He said, "I feel that there has been something like that and that during the period ahead, only a small part of what's happened will be revealed."
He adds that he feels that Trump will get hold of some of the evidence of vote tampering but it won't be enough to call for another election. The psychic said, "it's not going to be enough for him to swing things his way and challenge for a second term or a re-vote."
Craig also warned of the impact of natural disasters in 2021 and beyond. He said "one of the biggest problems we're going to have ahead is climate change and earthquakes." He predicts a real major problem with big quakes in the Himalayas and America. He also warned of a tsunami near Japan and big floods to come worldwide.
He also predicts violent protests in various cities around the world, including Washington, London and Paris due to unemployment and salaries. He said "we're going to see extreme social unrest." The psychic predicts food shortages and increased homelessness around the world too.
Craig then warned, "we're going to see a little bit more of an uprising in terror attacks." He says that the USA and France will see attacks, specifically naming Marseille, but says that these attacks won't be to the same scale as 9/11. However he does say that terrorists will hijack a plane in order to carryout a terrorist attack on a French airport.
Craig also predicts we might hear news that there will be a tunnel constructed from mainland UK to Northern Ireland in the coming years. He says that the project was proposed a few years back - it was, perhaps Craig has missed the news already.
The first proposals for a link tunnel go back as far as the 1880s. The idea was revived in 2018 as a bridge, now more than two years on the British government is finally scoping the possibility. Just last month Sir Peter Hendy of Network Rail said that the proposed connection is more likely to be a tunnel than a bridge.
So, either Craig isn't aware that this is already in the news and had independently predicted it, or his prediction is merely based directly on the news itself rather than any psychic intervention. Of course, only time will tell if this or any of his other predictions for 2021 will come true.
Add A Comment
Tags:
psychicstopicalbrexitcraig hamilton parker