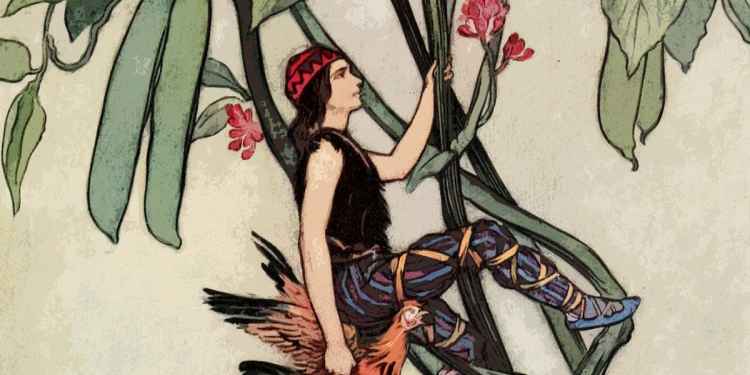 Photo: pixabay.com
A few months ago I was in Glastonbury going from one quaint bookshop to the next, I was trying to find a book on folklore, myth and legend. I thought if anywhere would sell a compendium of folklore, it would be the unique bookshops of Glastonbury, as the town itself is steeped in myth and legend.
To my surprise none of the alternative bookshops stocked such a book, although on some of the shelves there were books of local Somerset legends but nothing the summed up British mythology. When I got home I did manage to buy 'My First Book of Myths And Legends' for £0.01 (plus postage) from Amazon, but while the illustrations were very colourful, it was a little lacking in detail.
So, I was pleased to stumble across a crowdfunded book project started by Jem Roberts, a British writer, storyteller, and comedy historian. He's currently asking backers to support his new book, 'Tales Of Britain'. The first collection of its kind to unite stories from Scotland, Wales, England and the Isles in one book.
The book will contain more than seventy carefully selected folk tales from across the British Isles, including fairies, giants, and dragons. As well as some of the country's most well-known legends, the likes of King Arthur, Robin Hood, Dick Whittington, Lady Godiva, Macbeth, and Jack & The Beanstalk, as well as same lesser known stories which deserve to be retold more.
If you're a follower of my website, or my YouTube channel, then you more than likely have at least a passing interest in mythical creatures and legends. So, like me you're probably keen to get hold of this book, which promises to be the most complete collection of some of the oldest stories Britain has to offer.
Each story is tied in to a specific location, making 'Tales Of Britain' a story road map of the United Kingdom, with the aim of encouraging families and folkies alike to visit the real places, and enjoy the myths on a new level.
Jem, who is the official biographer of Douglas Adams, Stephen Fry & Hugh Laurie, says, "I've been passionately telling folk about 'Tales Of Britain' for years, and particularly when anyone with children hears the idea of telling a tale at a weekday bedtime, then setting off to visit the real place on a Sunday afternoon, they get very irate that the book isn’t available to buy right away! But as of now, they can all pledge to make this story map of Britain a reality."
You can pledge and secure your first edition copy of the book now via crowdfunding publisher, Unbound. You can support the campaign for as little as £5.
» Pre-order your copy from Unbound.com
Tags:
bookstopical