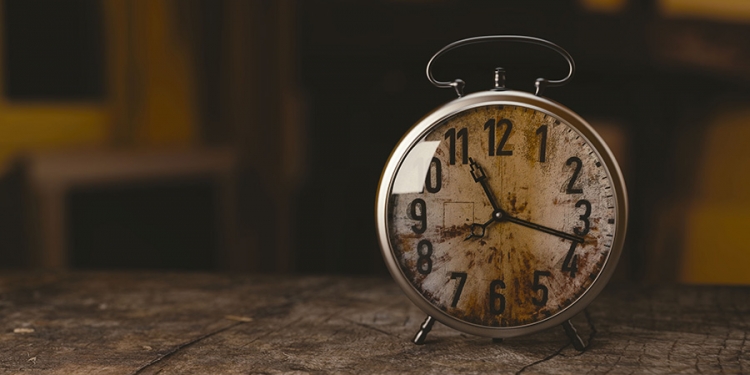 Photo: pixabay.com
It may sound like the stuff of science fiction, but there are scientists around the world working on the basic steps of what could one day lead to humankind mastering and manipulating time, and it seems that their work is being accepted by some of the scientific community.
One of the scientists leading the way with time travel research is Dr. Ron Mallett, a theoretical physicist based out of the University of Connecticut. I've written about his work before and now he is one of seven to be featured in the 'BBC Horizon' episode 'How To Build A Time Machine'.
Dr. Mallett has been dreaming of travelling through time since he picked up a copy of H. G. Wells' 'The Time Machine' at the age of 11, the BBC documentary gives us an update on the professor's work as well as delving into several other scientific projects that could give us a greater understanding of how time really works. 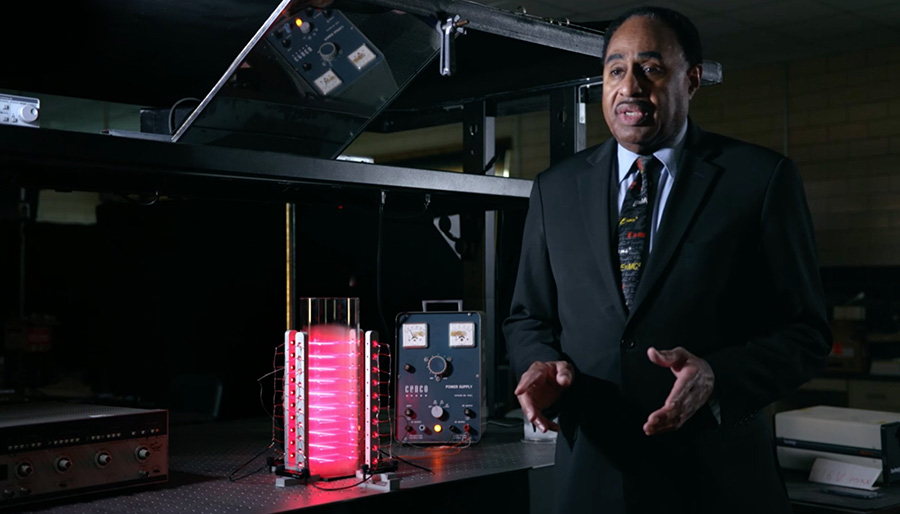 Photo: bbc.co.uk
Dr. Mallet told the BBC, "I think of myself as being an ordinary person with a passion, and my passion is the possibility of time travel."
Ron's work is based on Albert Einstein's General Theory of Relativity, which states that both matter and energy can create a gravitational field. This means that the energy of a light beam can produce a gravitational pull. Ron's research uses a circulating ring laser to drag and twist spacetime within the ring. He believes this "frame-dragging" might create "closed timelike curves," which could allow travel into the past.
So far Dr. Mallet has only produced a model of his design for a time machine but hopes to raise the funding to scale up his device. He said, "if you increase the intensity enough then you actually can cause time to be twisted." He says, "if space is being twisted strongly enough, this linear timeline is going to be twisted into a loop. If time all of a sudden is twisted into a loop that allows us the possibility of travelling into the past." 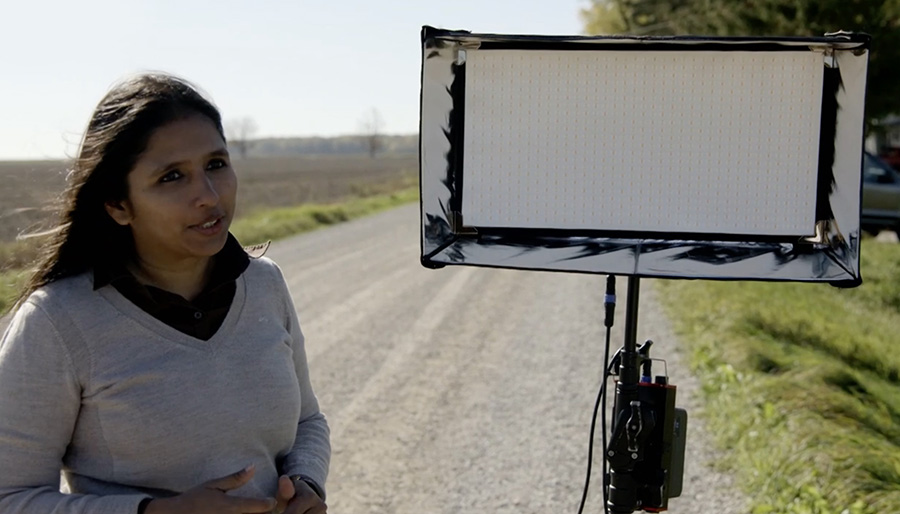 Photo: bbc.co.uk
Shohini Ghose is a multi-award winning Professor of Astrophysics at Wilfrid Laurier University in Canada. In the programme, she talked us through a thought experiment, which if possible, would allow us to view our own past. Any amateur scientist knows that it's impossible to travel faster than the speed of light, but Shohini poses the question, what if we could?
She describes a scenario where she switches on a lamp on a road and is then able to somehow move faster that light to a point further along the road. By doing this she would beat the light from the lamp that she'd turned on. She said that if she arrived at this point faster than the speed of light "I would see that the light from the lamp has not yet reached me, eventually I would see the lamp being turned on."
It gets even stranger, because all light travels at the same speed, Shohini would also outrun the light reflecting from her, so she'd see herself too. So, although she hadn't actually traveled back in time, from her point of view she'd be able to see into her own past. The faster she travels, the further back she'd be able to see.
But, Shohini reminds us that this is impossible, as no matter can travel faster than the speed of light. 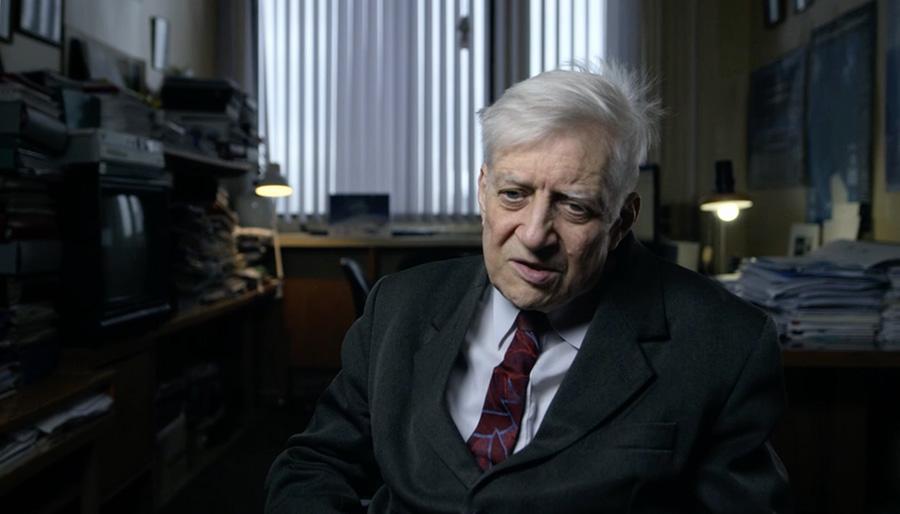 Photo: bbc.co.uk
Astrophysicist Nikolai Kardashev of the Russian Institute for Space Science is a self proclaimed wormhole hunter, and it's these naturally occurring phenomenon which could give us a doorway to not only different points in space, but different points in time.
Einstein thought the three dimensions of space were linked to time, this is the basis of spacetime, but he also thought that it might be possible to create a bridge between two distant locations, a theoretical concept that we now call wormholes, and Prof. Kardashev is leading a team to find them using radio telescopes.
Over fifty years ago Prof. Kardashev proposed a network of radio telescopes which would create one big virtual telescope. With the launch of the RadioAstron satellite in 2011, that virtual telescope became, in effect, the biggest telescope ever made. The RadioAstron project now attempts to search for wormholes.
As yet, none have been detected and even if we could find one they would be millions of lightyears away, far out of our reach and even if you could get to them and survive the journey through them, there's no guarantee where you'd end up. Plus, from our theoretical understanding of wormholes, they are likely to be unstable and prone to collapse. So, if you're time machine is going to use wormholes, then you'll need to find away to make them stable and keep them open. 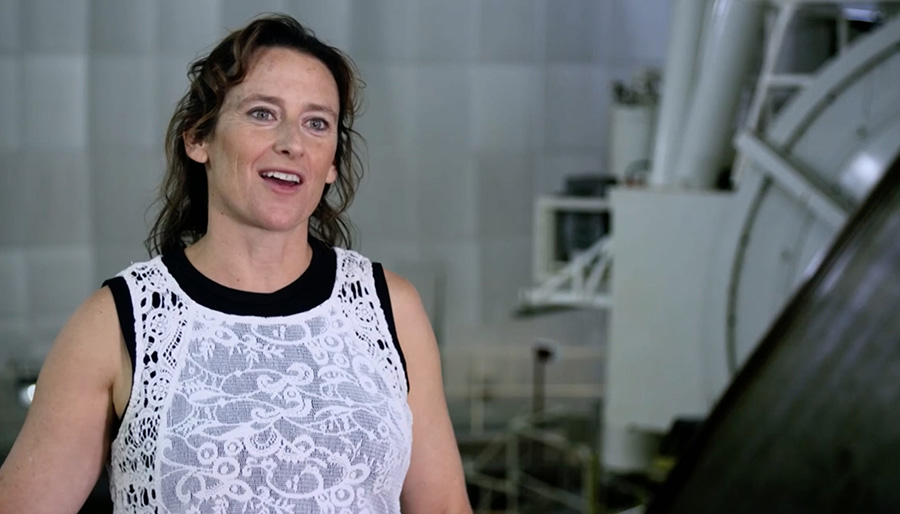 Photo: bbc.co.uk
Tamara Davis, a cosmologist at the University of Queensland in Australia is working at the Anglo-Australian Telescope to try to uncover the mystery of dark energy. In the 90s, astronomers found that the expansion of the Universe was speeding up, rather than slowing down as might have been expected.
Tamara told the BBC, "something out there is having an anti-gravity effect, it's pushing rather than pulling. We don't know what that is, but it makes up most of the Universe. We call it dark energy."
By understanding this mysterious energy, we could be a step closer to time travel. It's thought that dark energy may be the key to manipulating a wormhole and taking advantage of its route to another point in time.
Tamara says, "wormholes are a way to make time travel possible, but theoretically they only work if you can hold the mouth of the wormhole open long enough to get through. To do that you need negative energy, the problem is, there's nowhere where natural negative energy occurs that we've experienced so far, except maybe in the stuff that's causing the expansion of the universe to speed up." 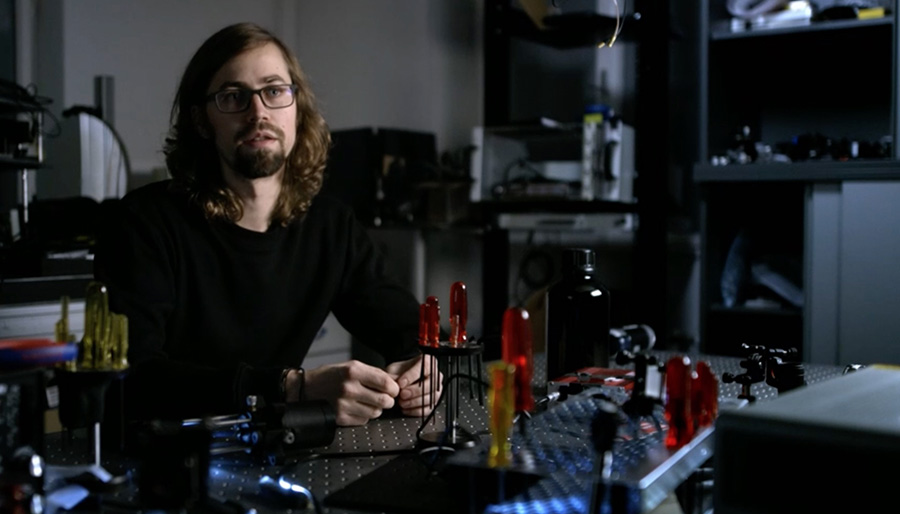 Photo: bbc.co.uk
One weird branch of physics could also make way for a future of time travel, in the sub-atomic world of quantum physics cause and effect seem more or less optional and time ceases to have a constant direction or speed.
Johannes Handsteiner from the Vienna Center for Quantum Science and Technology is investigating a phenomenon called quantum entanglement, an odd feature of quantum mechanics. Entanglement is a phenomenon where two quantum particles are link despite being at separate points in space. Johannes explains, "I always imagine if like a pair of dices, and you can split the dices in theory an infinite distance, and if you roll one dice, the second dice will show immediately the same side. They are some how locked together."
Einstein, who hated the notion, called this "spooky action at a distance" and defined it as two particles behaving as one no matter how far apart they are.
Johannes's is creating entangled photons of light in his lab, in the hopes that understanding it could give us instant communication over any distance. By manipulating a photon in one location, it would immediately change a photon in another location, meaning data could be sent faster than the speed of light.
Although Johannes' team have been able to further prove that entanglement exists, no one yet knows exactly how it works and that is the knowledge that might be required in order to exploit this principle in order to make a time machine. 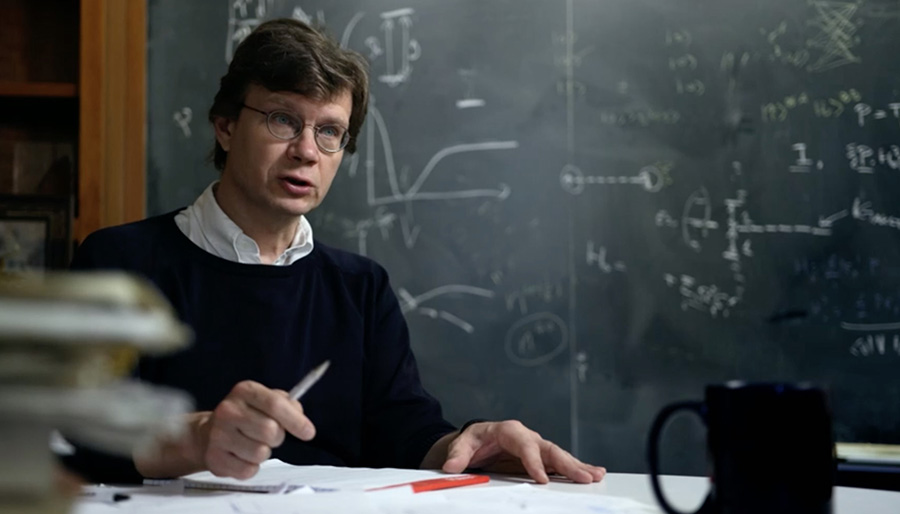 Photo: bbc.co.uk
Prof. Mikhail Lukin and his team at Harvard University are trying to build what they call a "time crystal", a sort of sub-atomic perpetual motion machine. The crystalline structure allows atoms within the crystal to move around without losing any energy almost indefinitely.
It has no practical use yet, but Mikhail's quantum time crystal is an interesting preview of the type of technologies we may one day use to construct a time machine. 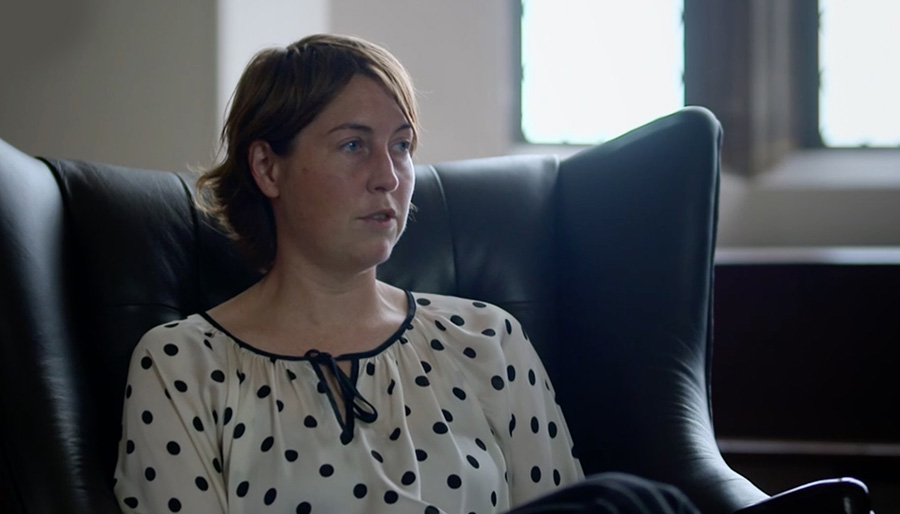 Photo: bbc.co.uk
Dr. Kristie Miller is a philosopher who works at the University of Sydney's Centre for Time and she could hold an essential piece of the puzzle when it comes to understanding the laws of time travel. Kristie, like many other philosophers and physicists believes that the universe is an unchanging block of spacetime.
Kristie explains, "we call it a 'block' because it has the three spacial dimensions and one temporal dimension and most notably, what's important about the model is the idea that the past, present and future are all equally real." Basically this means that you can think of everything that did exist, does exist or will exist as all being out there somewhere in spacetime right now.
This means that just like different places are real, different times are too. You might be sat in your living room reading this, but all around the world there are people in different places in different countries right now and those places are real too. This block of spacetime means that there are also people in different times right now and those times are equally real.
This is great news for time travel, if the block universe is an accurate model of how things are, then there's nothing to stop us swapping where we are now for somewhere and somewhen else.
You can watch 'How To Build A Time Machine' on the BBC iPlayer up until Thursday 9th August, 2018.
Tags:
sciencetime traveltelevision