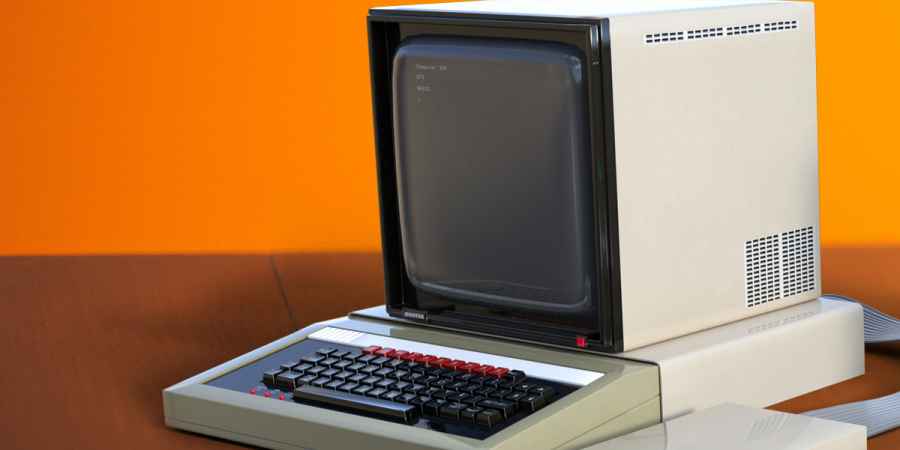 For many people reading this, a BBC Micro will have given them their first chance to get hands on with a computer, but in the mid-80s, one of these then-high-tech computers was at the centre of a time-defying conversation with a man from the 16th century.
The little-known case, which was investigated by the Society for Psychical Research (SPR), has been brought back into the limelight by YouTube channel, Nostalgia Nerd.
The story begins in 1984 when Ken Webster, a teacher, brought home a school computer in order to familiarise himself with the hardware, but after leaving the machine unattended one night, he found a mystery file saved within the computer's basic word processor.
The cryptic text in the document reference Ken, his girlfriend and their housemate, but they initially wrote it off as a prank and the computer went back to the school. A few months later Ken borrowed one of the school's computers again, and once again a mysterious document appeared on the machine.
This time the note was written in what seemed to be old English and was signed off with the initials LW. After establishing a two-way dialogue with the unknown writer of the text, it was eventually established that LW was in fact Thomas Harden, a man living in 1520 who was able to talk into a mysterious glowing device that was given to him by a visitor from 2109. These words would then be transmitted to 1985 where the message would appear as text on the Ken's computer screen.
For the next few months, Ken continued to converse across time with Lukas, and later a mysterious contact simply calling itself "2109". The events became the subject of Ken's book, 'The Vertical Plane', that was published in 1989.
The whole story was told by Peter Leigh of Nostalgia Nerd in his recent video, 'This Mysterious Computer Could Prove Time Travel Exists'.
It should be remembered that this strange cross-time communication occurred at a time before computers were connected to the internet, there was no way a standalone computer could receive an external message at this time.
To add to this odd conversation, strange poltergeist-like activity started to occur in Ken's house, does this mean that they were really talking across time or was a spirit in their home using their computer to communicate?
Whatever was going on, no one had a definitive explanation for the source of the more than 150 messages exchanged. Even the SPR were stumped and an official report was never filed.
When the Mail on Sunday got hold of the story, they wrote, "complicated computer technology is the latest plaything for ghosts. Or, at least one very peculiar poltergeist in particular. Oxford-educated Thomas Harden has been dead for more than 400 years, but that does not stop him enjoying a good session on a BBC Micro after a hard day’s toil on the farm. But for a 16th-century gentleman who should not know a floppy disc from a codpiece, his mastery of 20th-century scientific skills is rather impressive."
Nostalgia Nerd sums up the incident by saying, "it feel like a poorly thought out hoax. In fact, from the point they [2109] enter, the vibe given off is that the orchestrator of this becomes overwhelmed with the task, leaving too many loose threads. It's like watching 'Lost' all over again."
Tags:
time travelparanormalyoutube