What Do Ghosts Eat And Do They Ever Need To Poop?

This article is more than five years old and was last updated in July 2019. 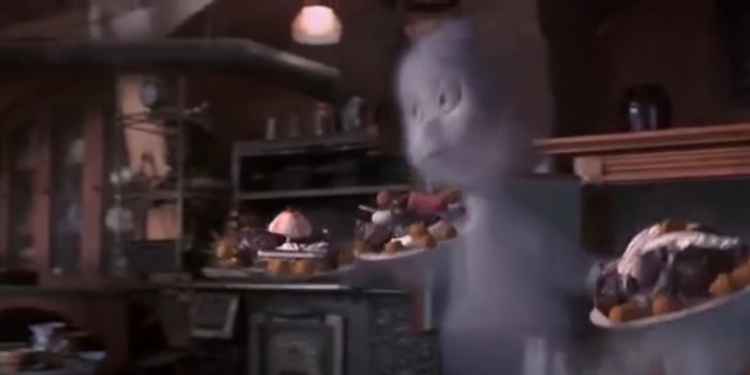 Have you ever wondered if ghosts need to eat and if they do, what is their favourite meal? What about their waste, to spooks need to use the bathroom?
We all know the stories of ghost's favourite foods. For breakfast they eat Dreaded Wheat and for dinner eat either ghoulash or spook-ghetti, but do ghosts need to ingest any kind of sustenance to maintain their energy and form?
Well, it might not be as silly a question as it sounds, the most common belief is that ghosts don't require food, while some cultures actively feed spirits as part of annual celebrations, other cultures are even convinced that some spirits roam fields of crops in the afterlife, eating as they go.
First off there's those who believe that because ghosts aren't physical beings their survival does not depend on organic nutrients. Ghosts are believed to be entities comprised of energy, they draw the energy required to sustain their existence from the psychic energy of people around them when they experience strong emotions like anger, fear, or depression. Spirits can also draw power from electromagnetic fields caused by electronic devices and sources of heat such as a fire or candle.
Another way that paranormal researchers believe ghosts "eat" is through possession of a living person. Once a ghost takes over a living body it can make them eat whatever it wants them to. It's said that this could be the cause of certain addictions, the negative energy of spirits produces cravings in the living causing them to consume particular foods, including junk food, as well as drugs, cigarettes, and alcohol. 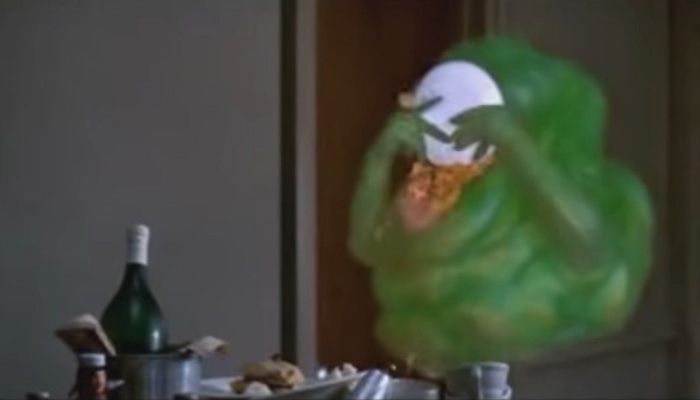 We all know that Slimer is one ghost in particular who like his food, especially hotdogs and it seems he's not the only supernatural being that enjoys a snack.
The ancient Greeks believed that sinners went to hades after death and heroes went to a heaven-like afterlife, Elysian Fields. However they believed that most spirits would wander asphodel meadows in the afterlife.
Asphodel is a flowering plant which grew in abundance and it's said the poor ate parts of the plant as it was free and readily available. Therefore the Greeks believed that the spirits roaming the meadows of asphodel would eat the plant for eternity.
The ancient Greeks would also feed ghosts with sheep's blood, it's believed this sacrifice summoned spirits who would drink the blood in order to give them the energy required to speak.
In Mexico it seems many people believe that ghosts enjoy a snack, in November each year they celebrate the Day Of The Dead, a day to honour the memory of friends and family members who have died and help support their spiritual journey. Part of the celebrations involve leaving the deceased gifts of their favourite foods and drinks. The gifts are left on graves or in home-made alters.
Asians have a similar celebration, the Ghost Festival. It takes places during the seventh month of the Chinese calendar, the 15th day is known as Ghost Day and as in Mexico, part of the celebration involve preparing ritualistic food offerings. 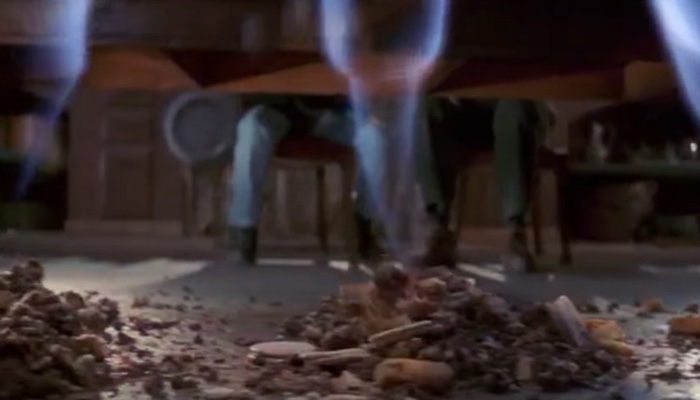 As ghosts are invisible, or semi-transparent at best and their bodies are made out of air, what would happened to any food they ingest? Wouldn't it just fall out the bottom? Which brings us on to the next half of this question, do ghosts ever need to use the bathroom?
You can guarantee that if ghosts did have transparent bowel movements that it would result in a supernatural substance which could only be called "rectalplasm."
One guy, Daniel Johns, a couple of years back claimed that his house was being haunted by a phantom shitter, a ghost which appeared in the dead of night and left number twos everywhere. At first he thought it was racoons but set up a camera and spotted an orb which led him to the conclusion that it must be ghosts.
Johns said, "I can't continue to live this way. The smell often makes me vomit. I spend half of every day cleaning up ghost poop. I've prayed to God and still it doesn’t stop. I ask anybody who reads this to pray for the ghost to stop taking craps in my house. Please help me."
While researching this topic, it turns out a "ghost poo" is actually a thing. It's when you're on the toilet and you release a log, it hits water and slides straight down the u-bend. It means that when you look in to the bowl the poo has gone, did you really poo? Who knows, only the smell remains to haunt you.
I once caught some ghost droppings on camera while shooting one of my YouTube videos, a still is below. What do you think? Could this be genuine ghoul dung? 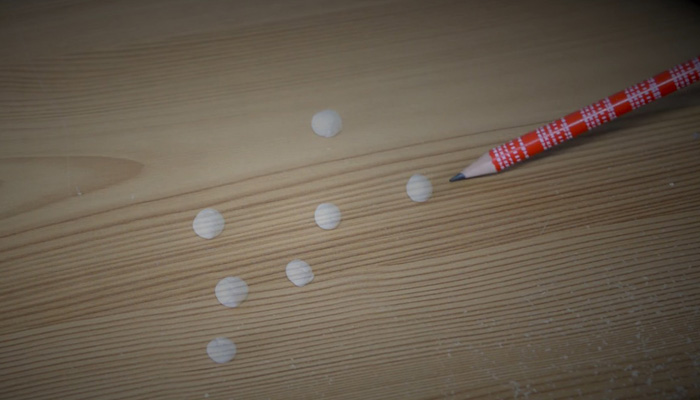