What Do Ghosts Actually Want & Why Do They Haunt Us? 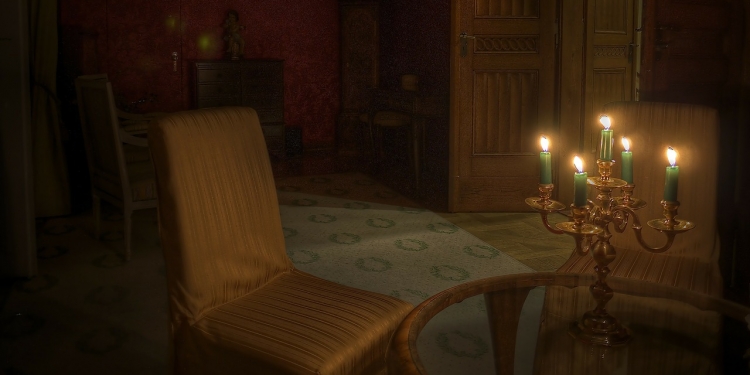 Photo: pixabay.com
Ghosts are described as the soul or spirit of a dead person or animal which is said to appear to the living. The idea of ghosts has been around for as long as we've been passing on stories around a fire. The belief in the existence of an afterlife dates back to pre-literate cultures.
But why do ghosts haunt us? Are they trapped in our plain of existence or do they choose to be here? Well, despite centuries of paranormal investigation no one knows.
Until fairly recently, the overwhelming consensus was that ghosts were the spirits of the dead who've been refused entry to the afterlife and instead are forced to walk the Earth for eternity. This does require that you not only believe in ghosts, but also an afterlife and some sort of heaven/hell.
So perhaps this is why, in these less religious times, most ghost hunters now tend to believe that spirits haunt the living because they have unfinished business. This common "trope" emerged in the 1970s when movies started to depict ghosts in romantic plots. A common theme in the romantic genre from this period is the ghost as a benign guide or messenger, often with unfinished business, such as 1989's 'Field Of Dreams', the 1990 film 'Ghost', and the 1993 comedy 'Heart And Souls'.
In the paranormal world, this has now become the primary reason why ghosts are barred from the afterlife. They want revenge, or want their story to be told. Perhaps they're the victim of a murder and need to reveal the identity of their killer from beyond the grave.
Other spirits, however, those who die suddenly, violently, or untimely may find it hard to accept that they're dead. Their inability to comprehend their situation is their unfinished business and the they are trapped in our realm.
They may need time to realise that they are dead. They may be in denial, especially if they're not a believer in life after death. If they're not able to come to terms with this themselves, then they might need to be told that they are dead so that they can move on.
A friend of mine claimed his house was haunted. Everything was peaceful until he and his wife started talking about carrying out some renovation to the house. According to the couple, every time they talked about doing work to the old farmhouse, something "odd" would happen, which led them to believe that their house was haunted by a protective, former resident.
This is a pretty classic form of unfinished business, a spirit which has for whatever reason decided or been made to remain in the world of the living to protect or watch over a person, place or object. There's plenty of stories of medieval ghosts who haunt castles to ensure their treasure they've hidden within the grounds remains unfound.

But, Why Do Ghosts Feel The Need To Haunt Us?

Ghosts aren't able to communicate through traditional means to make the living aware of their unfinished business. The best you'll get from a ghost is one knock for "yes" and two for "no." So, they're often forced to draw the attention of the living to them and their problems by more aggressive or physical means.
Assuming ghosts do exists, it's easy to understand why spirits might get so frustrated and resort to banging, throwing objects, and other classic paranormal activity. A ghost trapped on Earth will witness the living 24/7. The spirit will see the people they knew in life growing older and getting on with their life without them, they sure to feel left out and helpless.
It wouldn't take long for a spirit to get resentful, jealous, or angry and this negative energy would drive the ghost to try to make the living aware of its unfinished business in a more aggressive manner. Imagine you were in a shop and you needed the help of the staff but they were just chatting to one another and ignoring you, how long before you lost your temper and shouted at them or banged your fist on the counter?

How Can You Quieten Down A Poltergeist Or Make A Spirit Happy?

In the movies, the star will often have to communicate with the ghost in order to figure out what the unfinished business is and help them resolve it. In the movie 'The Sixth Sense', a young boy named Cole can see ghosts, which walk around like the living unaware they are dead.
One of those ghosts is Malcolm Crowe, who Cole helps to resolve his unfinished business. Crowe, played by Bruce Willis was a child psychologist who's unfinished business was rectifying his failure to understand and help a former patient, a failing that lead to Crowe's death.
As with Bruce Willis' character, ghosts with unfinished business are said to be driven by nothing but the task in hand, and once completed they are able to "make their way to the light" and move on.
Outside the world of Hollywood blockbusters, spirits with unfinished chores are much less dramatic. If any attempt to communicate is made, it's often done through a medium who will relay messages from the deceased to his or her clients, the ones being haunted. Once the message has been relayed and actioned, the haunting will diminish or instantly stop completely.
If you're a believer in the supernatural, then resolving the business is clearly the reason why the haunting comes to an end. However, the more skeptical among us may liken the supposed message from beyond passed on by the clairvoyant as a sort of psychic placebo. Once the victims of the haunting are told that the spirit has made its peace and has moved on, they will no longer be looking for signs that their house is haunted. They'll stop attributing unexplained knocks and bangs as examples of the paranormal and over time the haunting will died down and fade away.
Of course, the other possibility is that heaven is much more boring than people think and after an hundreds of years stuck with the same all friends and family members, spirits want a bit more action in their life and come back to haunt the living for a laugh and something to do.