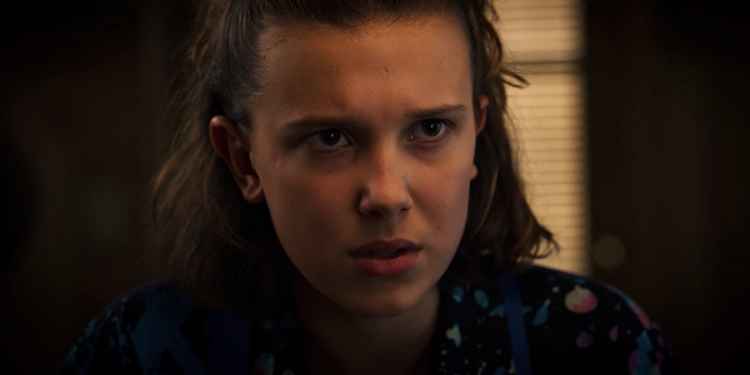 How much do you know about Eleven from Stranger Things? El is the quiet hero who was raised in a secretive Hawkins National Laboratory in isolation due to her special telekinetic powers.
Having escaped the lab, Eleven found a new and exciting life with her new friends in the town, but how much can you remember about Eleven's journey? Try these 11 tricky trivia questions...

1. What is Eleven's birth mother's name?

2. Who is the first Hawkins resident Eleven encounters who is nice to her?

3. What does Eleven flip upside down to show the boys where Will is?

4. After being adopted by the Hawkins Police Chief, what is Eleven's legal name?

5. Eleven called him "Papa," but what was the name of the scientist who raised her at the Hawkins National Laboratory?

6. What animal did Eleven kill in the wood for food in season two?

7. What was painted outside the room Eleven was kept in as a baby?

8. What does Eleven call people that she thinks are stupid?

10. After realising that she might have lost her powers at Starcourt Mall, what does Eleven test them on?

11. What sort of food did Eleven shoplift from the grocery store?