Stranger Things: The Flea And The Acrobat Quiz

Have you made it to episode five of Stranger Things journey yet? There's eight episodes to work through, but how much can you remember about the first season's fifth episode, 'The Flea And The Acrobat?' Test your knowledge with this tricky Stranger Things season one trivia quiz. 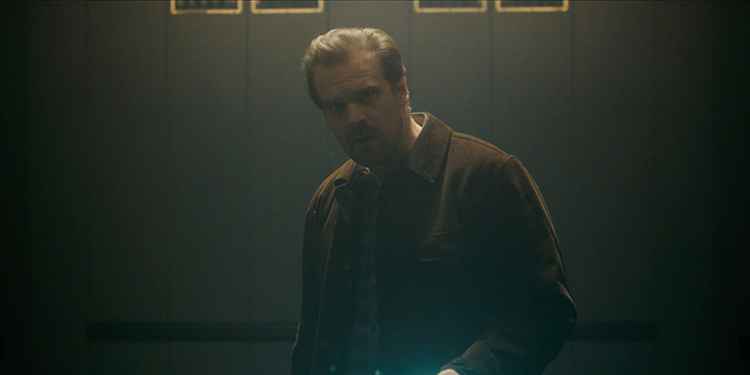 1. What does Eleven call the realm that Will is stuck inside of?

2. Lonnie tells Jonathan to remove a poster for what movie from his bedroom wall?

3. What colour roses were dropped onto the coffin at Will's funeral?


4. What's the name of Will's magical alter ego in his drawings?

5. When the boys are discussing parallel dimensions with Mr Clarke mentions the many-worlds interpretation proposed by which American scientist?

6. Nancy practices for any potential encounters with creatures from the Upside Down, but what weapon does she train with?

7. Meanwhile, Jonathan practices shooting a pistol but what is he using as target practice?

8. When Hopper arrives at Joyce's, he's holding a sign but what does it say on it?

9. Which of the gang get into a fight at the junkyard?

10. Jonathan and Nancy found what type of wounded animal in the woods?