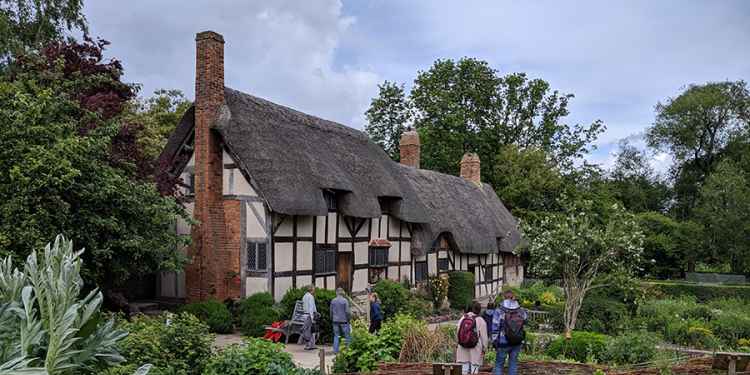 A twelve-roomed former farmhouse on the outskirts of Stratford-Upon-Avon where the wife of William Shakespeare, Anne Hathaway, lived as a child. The cottage has been in the hands of the Shakespeare Birthplace Trust since 1892 and was damaged by fire in 1969. The house is now open to the public as a museum.
The house is said to have a sinister presence in one of the upstairs bedrooms and passers-by have seen what they believe to be the ghost of a female through one of the upstairs windows. The apparition was seen late at night after guests had lift and staff had locked up for the night.
An antique chair is said to move around overnight, as if being returned to its proper place, and an old Bible in the house has on many occasions opened by itself while still in its glass display case.
When Yvette Fielding and the 'Most Haunted' team visited the cottage for their live show entitled, 'The Life And Loves Of William Shakespeare' in 2004. During their investigation a cradle was seen rocking of its own accord.

February 28, 2004Most Haunted Live! The Life And Loves Of William Shakespeare