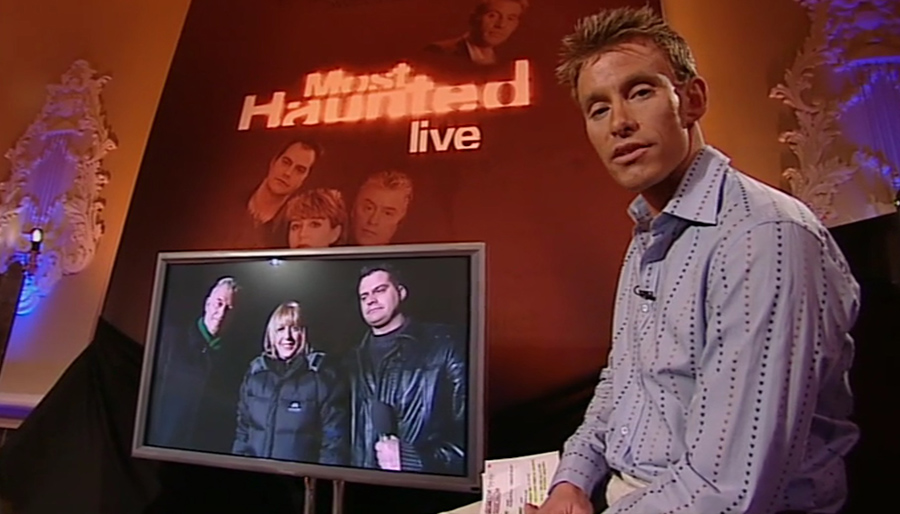 It's a leap day weekend, a time when women can propose to men. On this special two nights, Yvette Fielding and the Most Haunted team are celebrating the love and women in William Shakespeare's life and works in Stratford-Upon-Avon.
Yvette welcomed us to the live, two night broadcast show from outside Hall's Croft. She's joined by the show's psychic medium, Derek Acorah, who said he thought the night was already "feeling spiritually charged." Paranormal investigator, Phil Whyman, was also with Yvette, he said, that Stratford is "one of the most haunted places in England and with all the recent activity we just had to come down here."
Meanwhile, David Bull was with 175 fans of the show in a studio inside Stratford town hall, he'll be holding things together as always tonight. He was joined by skeptical parapsychologist Matthew Smith and historians Richard Felix and Richard Jones.

The Life And Loves Of William Shakespeare 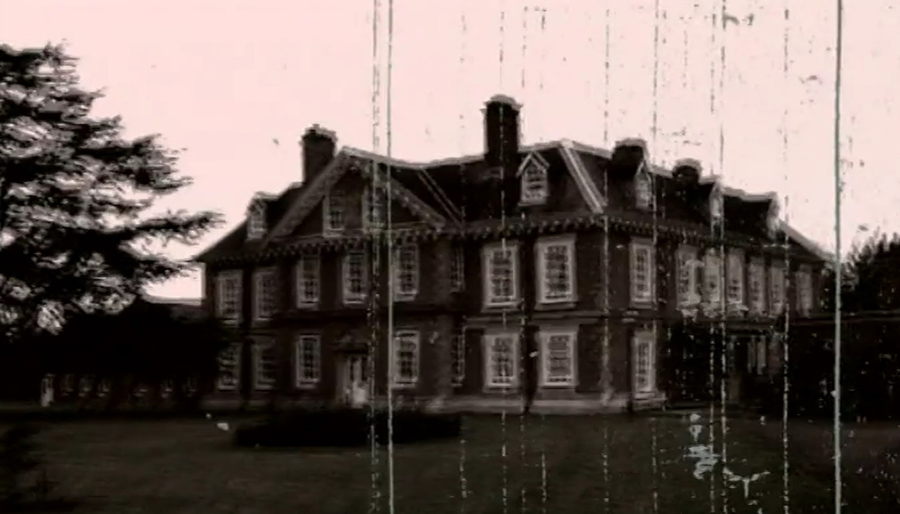 So, why were the team in Stratford? Yvette explains that they are hoping to discover which of the inspirational souls immortalised by Shakespeare still walk the streets of the Warwickshire town. Are the tales of nearby Clopton House really linked to Juliette? And is the ghostly tale of Ophelia more fact that fiction?
Stratford-Upon-Avon lies at the northern tip of of the Cotswold countryside a town unspoilt by time and a place that inspired the greatest love story ever told. Stratford is the spiritual home of poetry, romance and mystery.
William Shakespeare was born Stratford in 1558, it is he was brought up, educated and married a woman from the nearby hamlet of Shottery. Together they had three children, Susanna, Judith and his only son, Hamnet, who sadly died at the age of eleven.
It is thought that William took many mistresses who in turn inspired some of the most prolific characters in Shakespearean literature. Juliette and Ophelia may be based on local women that Shakespeare knew.
The places Shakespeare visited or own litter the town. He bought one of the grandest houses in the area, New Place. This became the family home for many glorious years and was later inherited by his favourite daughter, Susanna. Shakespeare died in 1616 and was buried in the Holy Trinity Church, where his tomb remains to this day.
One of the show's historian, Richard Jones, said "Shakespeare would have drawn an awful lot on local folklore, he was magpie like in what he collected. So, various legends that he'd grown up with, he knew it."
Stratford-Upon-Avon now stands as a memorial to a life touched by love, filled with happiness and scared by tragedy. 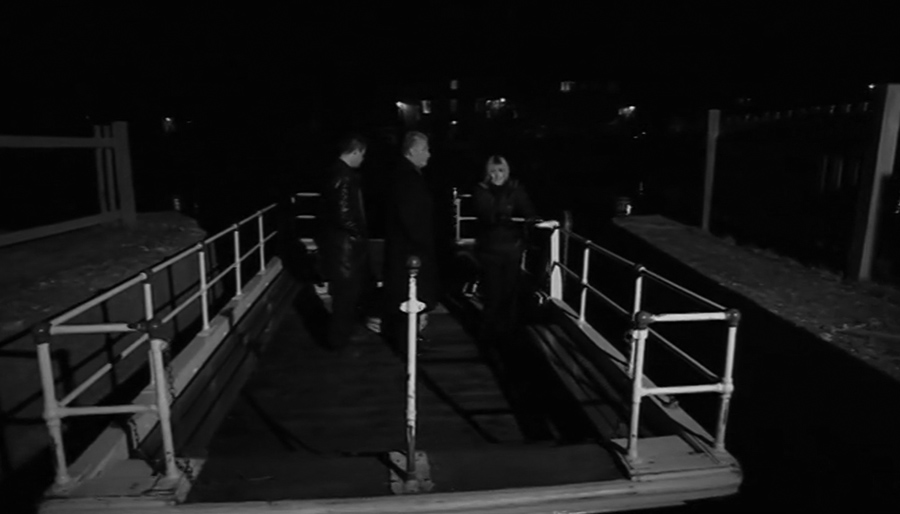 The river Avon is the heart of Stratford and it has plenty of ghost stories associated. It's on the banks that Olive Bennet walked her last steps, before being found strangled on the bed of the river, weighed down by a grave stone stolen from the local church. Her killer was never found. The area is know for its paranormal activity, with ghosts being sighted on the water as well as on the towpath.
It was from this riverbank that Yvette climbed aboard the old chain ferry alone and turned the wheel to pull herself out into the middle of the river, as she went saying "I'm not particularly happy about it at all and if anything comes anywhere near me I am going to scream my bloody head off."
Yvette wasn't on her own for long, she wasn't out on the river for long. Derek and Phil soon joined her and almost straight away Derek picked up on the energy of a woman who he said had been dumped in the river. 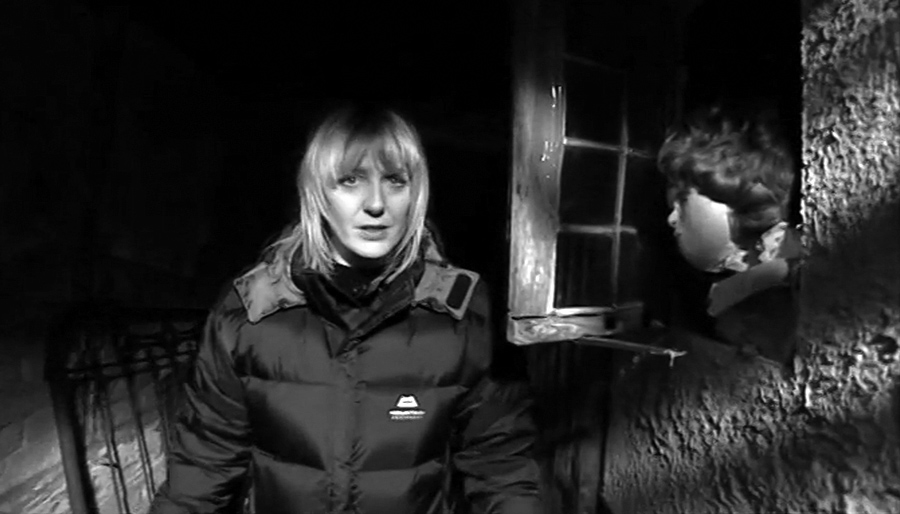 Shrieves House is one of the oldest structures in Stratford-Upon-Avon having survived the plague, civil war, world war and four major fires. It's now the Falstaff Experience Museum depicting the gruesome past of the town. Elizabeth Rogers lived in the house from 1578 and her nephew was known to be Shakespeare's godson. Her husband, William Rogers, is also thought to have inspired the character of Falstaff.
Visitors have reported seeing phantom soldiers standing on the stairs and a ghostly French maid seen wandering the darkened corridors. People have also reported being pushed and grabbed on the stairs by an unseen force.
Like a lot of museum, the building was pretty creeping looking with its eerie mannequins lurking in the darkness when Yvette entered. Unfortunately for Yvette, it soon got a whole lot darker then the camera's light suddenly died leaving her in total darkness. Luckily one of the crew handed her a torch and she was soon joined by Derek and Phil to keep her safe.
Derek straight away reported picking up on an unpleasant stench and the presence of a male spirit, who Derek said was "not a good soul." Derek also got the feeling that he was involved in conjuring something up. Yvette asked, "do you mean witchcraft?" And Derek confirmed, but was soon interrupted when a piece of coal landed on the wooden floor between them.
Derek then went into one of his trance-like states and started screaming, "he's cut me arm off, he's cut me arm off." The show's producer, Karl Beattie had to step in and try to calm Derek down. Before long, Yvette passed back to David in the hub.
These were the highlights from the first night of the team's investigation in Stratford-Upon-Avon, but Yvette and the gang still have one more night of paranormal research ahead of them tomorrow night. 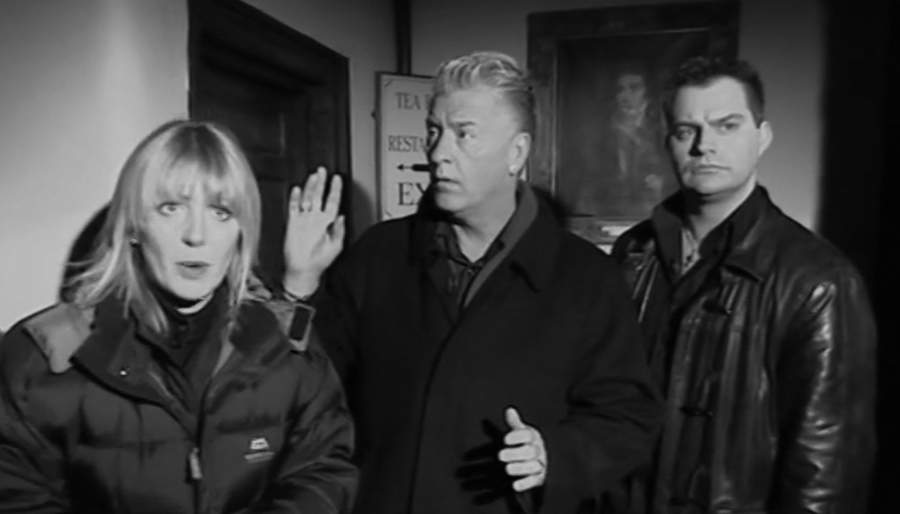 Night two of the investigation took place on Sunday 29th February, the leap day itself. Yvette and the team started the second night off with an investigation Hall's Croft, one of the more prominent buildings in the centre of Stratford-Upon-Avon. It is also regarded as one of the most haunted. It is here where William's daughter Susanna and her husband lived before taking over New Place in 1619.
Some have reported seeing a blue ghost on the stairs, believed to be the spirit of Betty Leggett who fell to her death here, and the ghost of a young child has been seen skipping through the corridors. It didn't take long for Derek to pick up on the spirit of Betty, as well as the spirit of two American females.
The gang walked upstairs and when they entered one of the bedrooms, they reported seeing a blue arc of light moving across the ceiling. In this room, Derek picked up on the presence of a male doctor, this would have been the husband of Susanna, John Hall, who was a doctor.
As they walked into another room, Yvette screamed as a spoon was thrown across the room. Yvette said that the incident coincided with a flash of light. Derek said that it was one of the female spirits that threw the spoon, although later he changed this claim and said it was a male spirit.
Back in the studio, Matthew spoke to David about the spoon incident, "I'm probably more impressed by that kind of physical effect than the kind of information Derek comes out with. Again, I'm going to take a little bit of persuading to say it's anything paranormal. If we can rule out other explanations, it's one of the most fascinating things I think we've come across so far." Matthew added that he'd want to be able to rule out the possibility that one of the crew threw the object.
Speaking after the event, Yvette said, "we're all really shaken up in this house. All I can say is, I'm a bit angry with Matthew to be honest, because not one member of this crew would do anything like that. We never have done anything like that, and everybody here can vouch for it."
According to Anne, one of the staff in the building, the spoon came from another of the rooms where it is usually tied to a table. 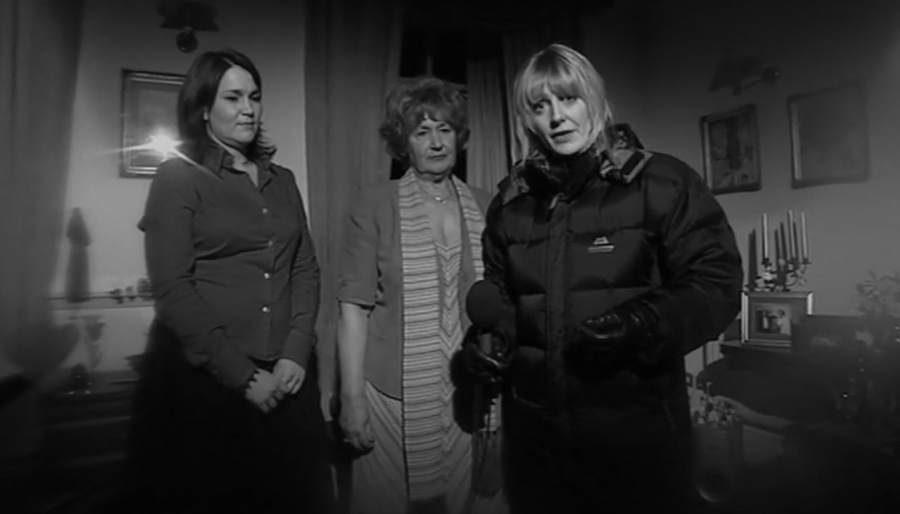 Later in the live broadcast, Yvette, Derek and Phil went to investigate an ancient well, which was only discovered by archeologists in 2002. The well is in the grounds of Clopton House, a 17th-century country mansion to the north of the town. It was here that Margaret Clopton, abandoned by her lover, ventured out into the night and drowned herself in the well.
It is thought that her story influenced the story of Hamlet's Ophelia, it's said that her ghostly figure is still seen kneeling by the well. Derek picked up on the residual energy of Margaret, naming her and describing her fate and her mental state at the time of her death.
Derek then got the felling that Margaret's spirit resided in Clopton House, which is now several private residential apartments. So, the team walked across the ground and into the house, where they were joined by two of the owners, Nicola and Stella. They described some of the activity in the house, which includes being woken in the middle of the night by the sensation of woman blowing down her neck. In the house Derek once again picked up on the spirit of Margaret, as well as her two sisters. 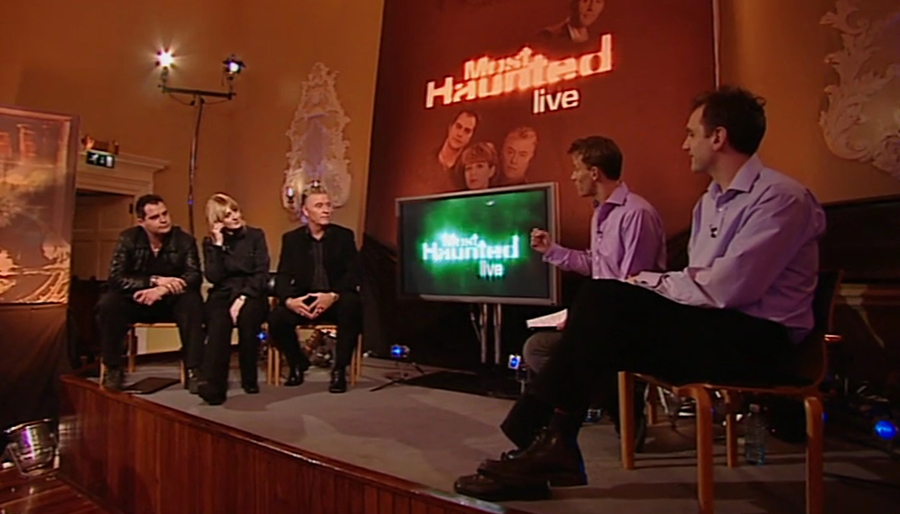 Towards the end of the show, Yvette, Derek and Phil returned to the hub, which has been manned all night by David in the Town Hall, for the conclusion of two days of investigation of the ghosts of Stratford-Upon-Avon and the women who influenced Shakespeare's work.
Back in the town hall, the team conducted a séance and Yvette and Matthew got a chance to debate the spoon being thrown face-to-face and eventually agreed to disagree after Matthew pointed out that the spoon's trajectory and motion in the video didn't match the testimonies of the crew at the location.