Most Haunted Live! The Dead Centre Of England - Summer Solstice 2004

This article is more than ten years old and was last updated in October 2018. 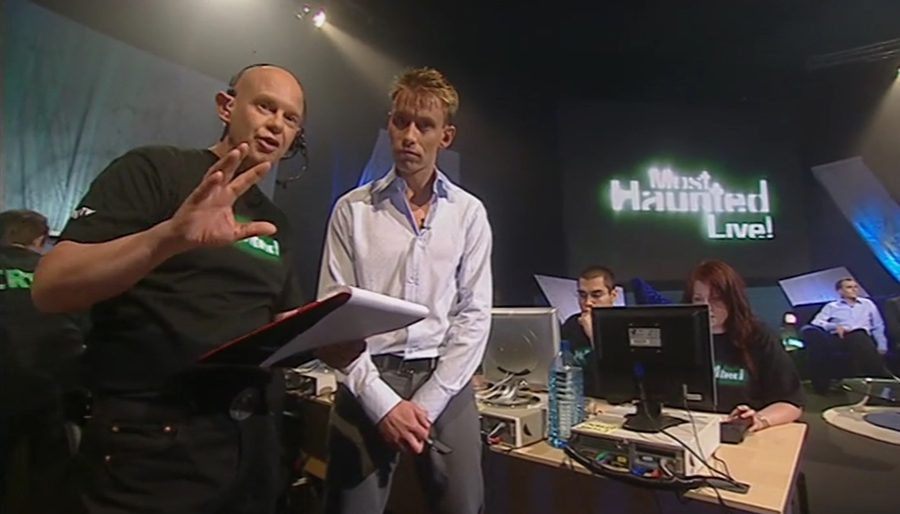 Yvette Fielding greets us to the live show from the back of a taxi with psychic medium, Derek Acorah. She says, "we're on our way to a very special place in the centre of Derby." According to Yvette the location they're driving to "sits between two stretches of water and directly on top of two cross ley lines," and it is going to be the centre of all of the teams activities and investigations over the next three nights over the summer solstice. Yvette describes this point in the year as "a time when there's reputedly more paranormal activity than any other time in the year," she adds, "Derby supposedly has more ghost sightings than any other city in the United Kingdom."
As always, David Bull was holding things together in their special constructed operations centre inside of a big top tent. This also houses Julian Clegg's interactive hub and history corner, which is manned by Richard Felix and Richard Jones. We're then introduced to guest psychic David Wells and the show's resident skeptic, Matthew Smith. We're then introduced to the rest of the team, that consists of Cath Howe (make up), Ciarán O'Keeffe (paranormal investigator), Jon Dibley (camera man), Karl Beattie (director/producer), Sally Matthews (floor manager) and Tom O'Carroll (sound man). 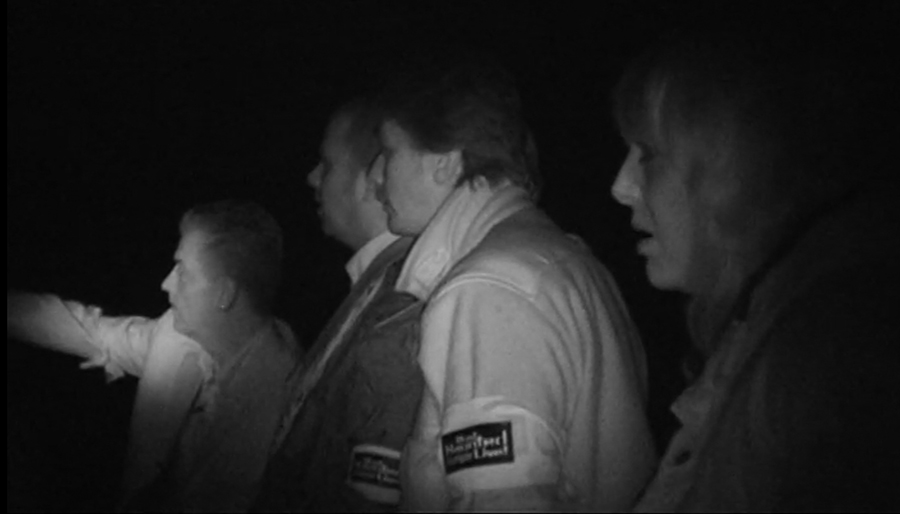 David Bull then tells us that earlier in the week the team did an investigation at, Arbor Low, a Neolithic henge monument in the Peak District, known as the Stonehenge of the north. Derek picked up on a link to extraterrestrial visitation. Ciarán said, "what's fascinating is that Derek is getting this link, it's not mediumship." Derek says he's never come across this before. Then Cath spotted an orange light in the distance moving in "an odd way".
Then suddenly the light vanished, the group weren't able to explain the cause of this light. Matthew Smith agreed that the light appeared to be moving in a very unusual way. He added, "the footage is no more striking to me than many other times that people have seen stuff." 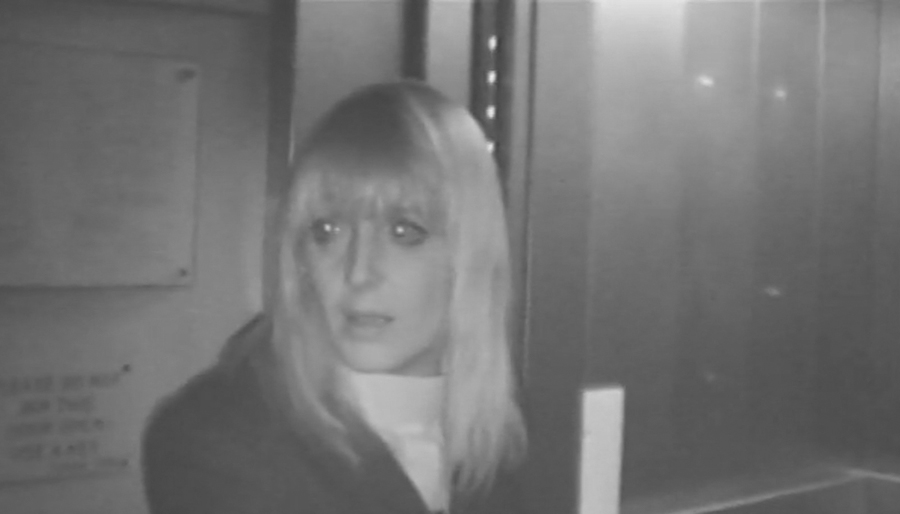 The highlight of night one was the team's investigation of a former silk mill, which has a history of poor working conditions, where staff were beaten and mistreated. Derek picked up on the spirit of a little boy called Jeremiah who had a grim life at the mill. Yvette then rode in a lift that the spirit is said to stop and jam, she got to the third floor without any issues, but on the way back the lift stop for no reason on the first floor.
A distressed Yvette asked why the lift would have stopped on the first floor, Derek says, "well, maybe it's the boy answering what we want him to do." Despite her scare, Yvette decided to go back into the lift, but this time the lift went up and back without any issues. However, crew member Helen who was in the lift with Yvette became upset after feeling like something was stood behind her. Once they were out of the lift, it went up to the second floor on its own.
Night one end with a less dramatic investigation at the Ye Olde Dolphin Inne, a Grade II listed pub in the city that was built in the late 16th century, with the licence said to date from 1580, making it the oldest pub in Derby. 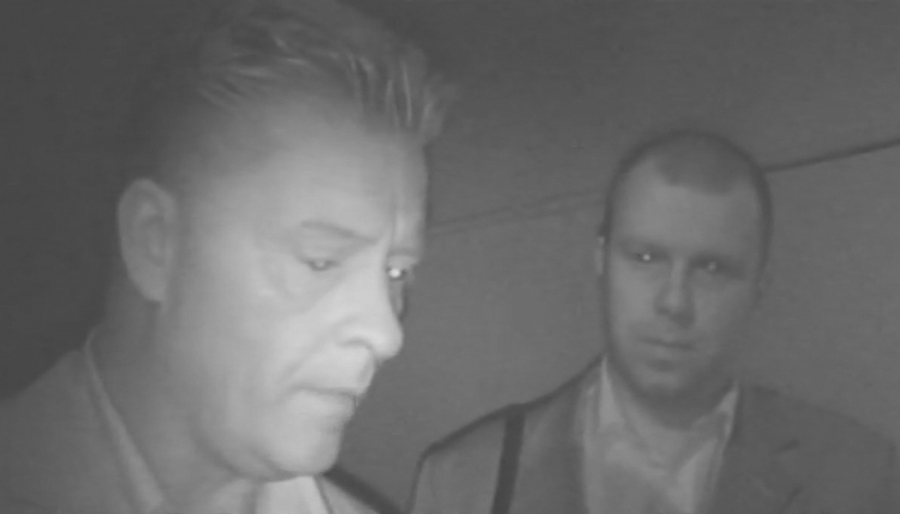 The first location on night two was McClusky's Nightclub. The building was originally Derby's grand theatre, and was the dream of an actor called Andrew Melville who built the theatre in 1886, but within six months his dream was in ashes after a fire destroyed the building, killing two people. Melville rebuilt the theatre and his ghost is still said to haunt the building.
Almost straight away Derek picked up on the energy of the two people who lost their lives in the fire, picking up on the strong smell of smoke and the presence of fire. He also picked up on the spirit of an actress who roams the building.
The team then move on to their next location, Derby Gaol, a location that the team investigated in series one of the show. It was built in 1756 on Friar Gate to the west of the city centre and was the second of three county prison. The prison has seen countless hangings the brutal executions throughout its use, it's now a museum, which is said to be very haunted. Upon entering, Yvette said "I hate this place beyond belief," then they heard a noise. Some clever viewers realised that the phone number for the museum is publicly available, so knowing the team were live at the location, they repeatedly called the number.
In the dark goal, Derek picked up on the spirit of Blythe Simpson, a former hangman at the prison. Who, according to Derek, enjoyed his profession. Later in the vigil, Yvette started crying, this happened to her on her visit to the goal too. Sudden, unexplained upset that resulted in tears. 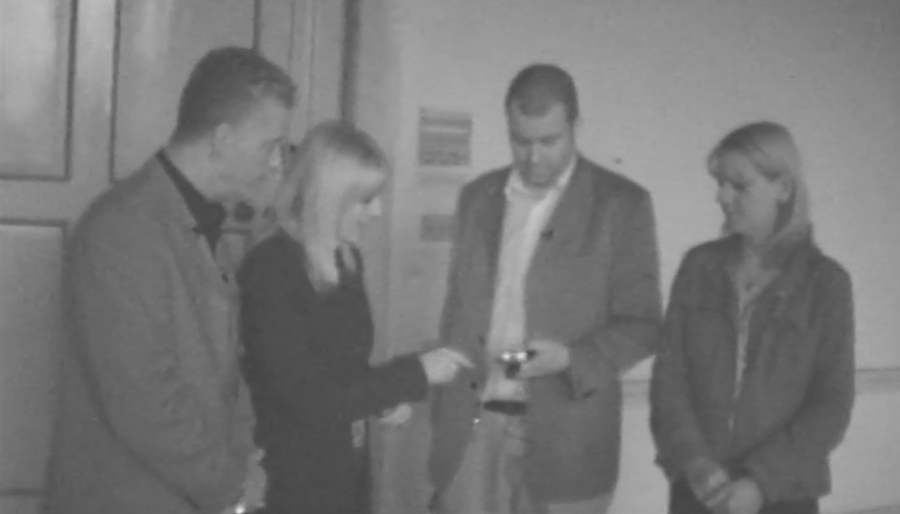 On the third and final night, the team started out investigating The Friary in the city, but the most interesting location of the evening was the Gothic Revival stately home, Elvaston Castle, within walking distance of the city centre. The castle is said to be one of the most haunted locations in Derbyshire.
Most of the action in the castle started when Yvette, Derek and Ciarán went upstairs to the Earle's bedroom, where Ciarán was getting strange spikes on his EMF meter. This device detects fluctuations in the ambient electromagnet spectrum, a phenomenon that is thought to be linked with paranormal energy. Derek then became possessed by the 4th Earl of Harrington, Charles. Speaking through Derek in a vaguely posh English accent, Charles said that the year was 1853 and didn't seem to be aware of the fact that he was dead.
Later they moved to the castle's kitchens, but on the way they found several cardboard boxes stacked up that weren't there before. Ciarán said, "we were in the other room, so the difficulty is that we didn't have a locked off camera here, so we don't know if there is a natural explanation of what's going on."
Once in the kitchen, one of the show's crew, Ross reported feeling something grabbing his legs. Moments later something seemed to have been thrown or dropped near them from the landing above. It all got quite chaotic for a few minutes. Later, out in the castle's grounds, Derek picked up on the spirit of a woman who wanders the area. Derek said it was the same female he picked up on in the house and that her name is Maria. According to Richard Felix, Maria was the wife of the 4th Earl. 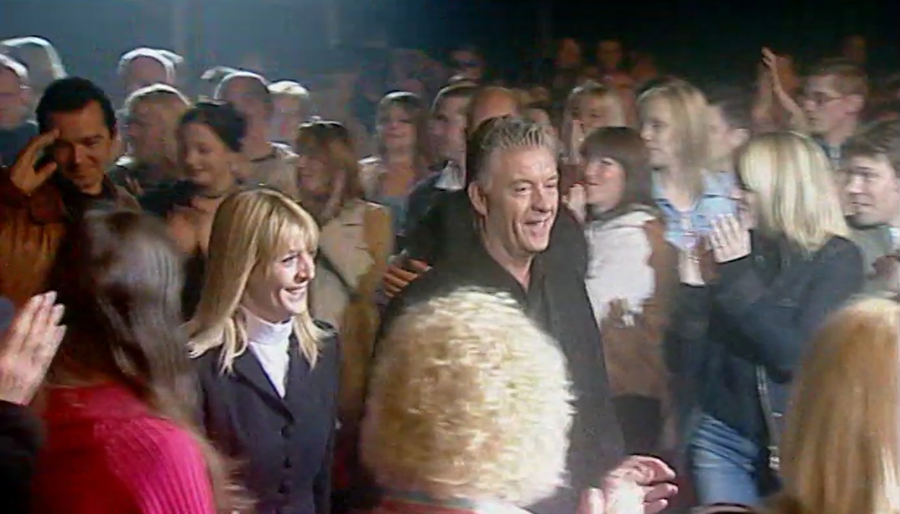 At the end of the final night, Yvette, Derek and the rest of the investigation team returned to the studio to talk to David Bull, where they were greeted by an audience of 500 fans. They reviewed that action from the final night and David wrapped things up by saying, "we've had stories of violent executions, people being hanged drawn and quartered, and the actual slab where this actual slab where this gruesome act took place. We also saw criminals being used for medical science, river ghosts and for the first time on Most Haunted Live, extraterrestrials. Amazing stuff."
Across the three nights there were more than 18 million hits on the show's website, the most they've ever had and 55,000, a record number of viewers, text into the broadcast with their thoughts and sightings.

Arbor Low Stone Circle, Monyash
House of John Flamsteed, Derby
The Silk Mill, Derby
Ye Olde Dolphin Inne, Derby
McClusky's Nightclub, Derby
Derby Gaol, Derby
The Friary, Derby
Elvaston Castle, Derby
For reviews of all of the new episodes, plus highlights and evidence from the shows, and to find out when Most Haunted is on next, visit the Most Haunted episode guide.