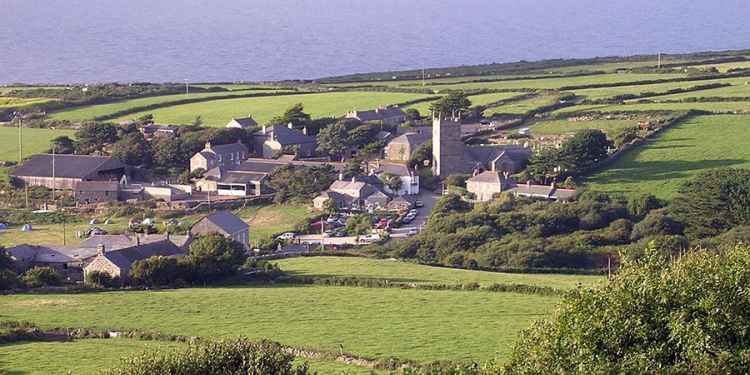 Cornwall has a long history of seafaring with many fishing communities, not to mention tales of smugglers and pirates. The Cornish village of Zennor near St. Ives is also home to one of the oldest stories of humans encountering mermaid and he ghost remains to this day.

It's said that a beautiful, well-dressed woman often attended services at St. Senara's Church in the Cornish village of Zennor, where she used to listen to and join in with the singing. The parishioners soon became enchanted by her sweet singing voice. The best singer in the parish was the chorister, Matthew Trewhella, and it's said that the two fell in love, and Matthew followed her to her home at Pendour Cove and the two were never seen again.