A Dog Was Captured Playing With A Phantom Pooch On CCTV 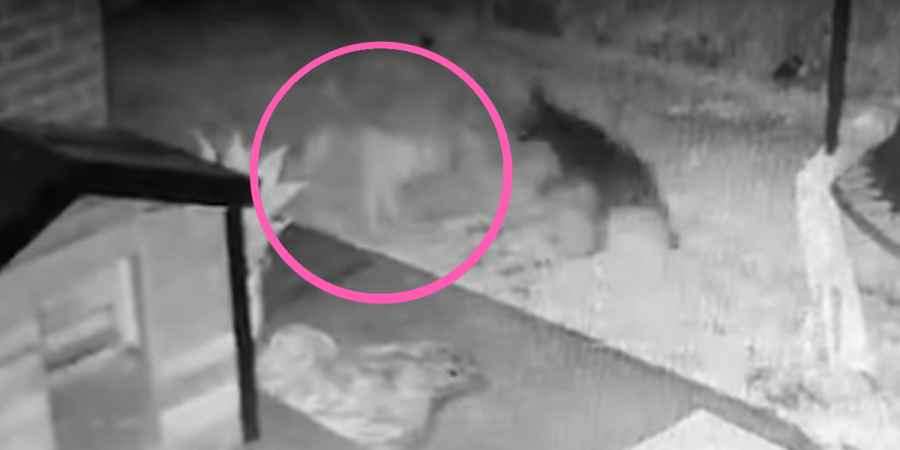 Photo: youtube.com
A clip of an Australian man's pet dog playing with what he believes to be a ghostly puppy has gone viral on TikTok.
The footage was caught on Jake DeMarco's home CCTV system which showed his dog, Ryder, roaming in his Melbourne garden, but the video appears to show an unexpected visitor in the form of a ghostly dog that Ryder interacts and plays with.
The 31-second-long video shows the phantom dog prancing around, but strangely the pooch appears to be translucent. When Jack noticed the canine spirit interaction taking place on the live feed of his security camera, he ran outside to only to find that Ryder was in the garden alone.
While some are convinced that the clip shows the beautiful moment when a lucky dog gets a visit from beyond the grave, others are less convinced and think the clip shows nothing more than a lighter coloured dog who looks other-worldly in the video due to the camera's night vision. The camera simply doesn't pick up the light dog as well as the darker-coloured dog because it blends in with the background which appears lighter in colour too under the camera's infrared night light.
The other give-away moment in the clip is when the eyes of the ghost dog can be seen reflecting the camera's light. As many have pointed out in the video's comments, "clearly a white dog, if it wasn't for the eye reflection I'd say it could have been a real ghost." Another wrote, "the dog definitely looks strange, but its eyes are reflecting the light as a dog would normally."
The problem is, there's a lot we don't know about this clip. For example, could another real and living dog have got into Jake's backyard? It's claimed that the gate was locked and that the garden is surrounded by a high fence.
We don't even know if Jake really only has one dog, for all we know there could have been two dogs in the yard that night and Jake simply noticed that the lighter of the two looked odd on night vision camera.
There's also the chance that the lighter coloured animal is a fox or a dingo, a golden coloured animal in the canine family that's very common in parts of Australia.
Tags:
paranormaltiktoktopical