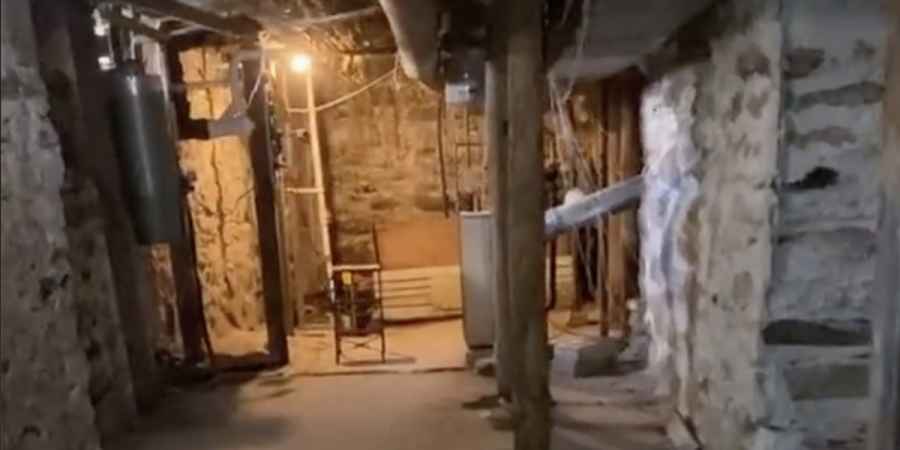 Photo: © @madison.heinzen207
Madison is the daughter of Cory and Jennifer Heinzen, the current owners of the infamous Harrisville farmhouse that inspire the 2013 movie, 'The Conjuring'. With her unique access to the allegedly haunted property, Madison's TikTok clips have been gaining a lot of attention.
Madison has been filming tours and answering questions about the creepy property in Rhode Island where the real-life ghost story that inspired the first movie in James Wan's Conjuring series took place.
The house has since become infamous for its history of hauntings and has even been investigated by television shows including 'Kindred Spirits' and Zak Bagans and the 'Ghost Adventures' team in a two-hour special that aired on the Travel Channel on Halloween night in 2019.
The nearly 300-year-old farmhouse is the former home of the Perron family, who believed the house was haunted by the ghost of an early 19th century witch named Bathsheba Sherman. She was an alleged child killer who lived on the site and cursed the land.
Although the paranormal activity died down after the Perron family left the home, the new owners say that it wasn't long before they started witnessing the same black mass the Perron family saw decades before them.
The creepy clips have gained Madison over 450k followers and 7.5 million likes on the video sharing platform, where she goes by the username, @madison.heinzen207. 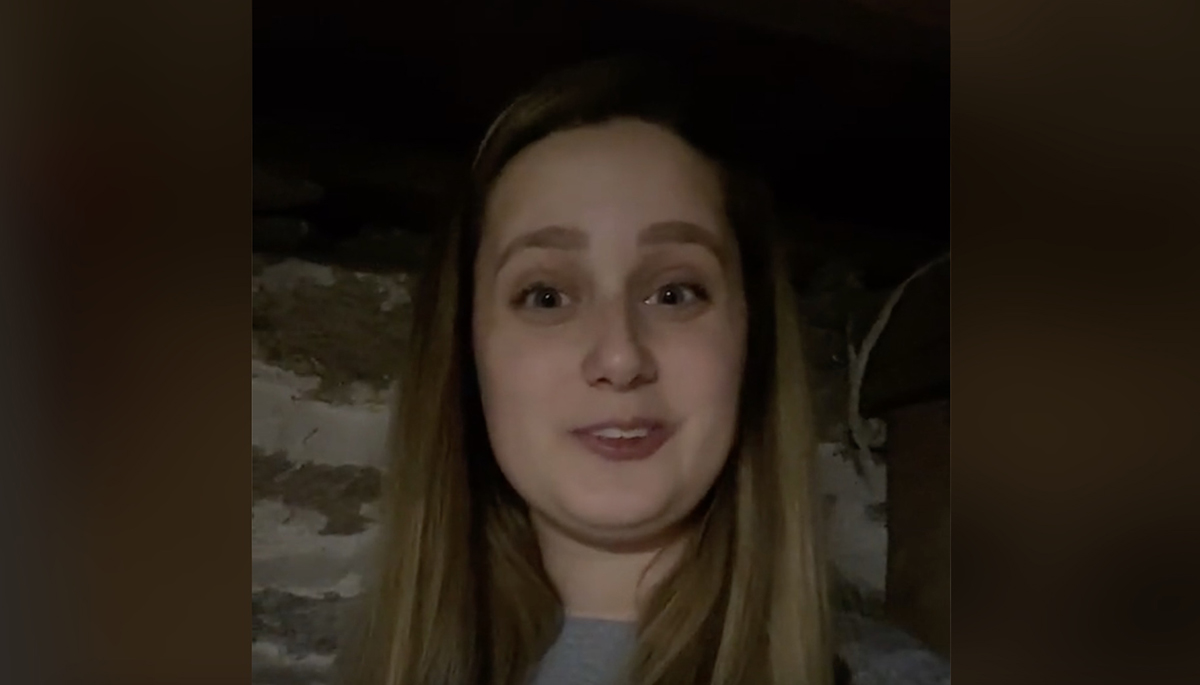 Although Madison doesn't live in the house, which actually looks pretty nice in her clips and not like you'd imagine a haunted house to look, her parents own the house and she gets regular access to it.
It all started last August when a story emerged that claimed that the creepy Annabelle doll had gone missing. The cursed doll features in a spin-off movie of 'The Conjuring', but the story turned out not to be true and the unsettling doll was still locked in her glass case.
At the time Madison posted a video on TikTok, with the caption "you think Annabelle escaping scares me? My family owns the real life Conjuring house." The eight-second clip went viral and currently has more than 13 million views.
This lead to the TikToker being bombarded with questions about the house prompting her to film a series of virtual tours and Q&As.

So far there are five tour videos on TikTok, you can watch them all here as part one, part two, part three, part four and part five.
In the clips Madison shows us around the house, which was built in 1736. Before the Perrons lived through their terrifying experience in the house, the property had been the home of the Arnold family for eight generations and many of the children of the family died in mysterious and tragic circumstances.
It's said that during the family's time in the house they were cursed with many tragedies including the death of Sally Arnold who in 1848 succumbed to typhus along with two of her children, Susanne Arnold hanged herself with a small cord from a wardrobe hook, 11-year-old Prudence Arnold declined 22-year-old William Knowlton's invitation to marry and for this she was nearly decapitated, John Arnold committed suicide by ingesting insecticide, and neighbour Jarvis Smith went on an alcoholic binge and was found dead from exposure in the Arnold barn.
Much of this has been written about in the book 'House Of Darkness House Of Light', by Andrea Perron, one of the daughters at the centre of the original case.
One of the most active places in the house that is said to be haunted by this dark past is the basement, and in one particularly creepy video Madison shows her followers around.

After carefully walking down the steep and narrow steps, we see Madison wandering around fearlessly on her own in the large basement. Madison actually seems more scared of the risk of running into snakes than ghosts.
One of the most interesting revelations in the video comes after Madison shows what she described as a drawing of a 'bent neck lady' on the side of an old toy chest. Madison says "children did these, mind you, back when it was a daycare." 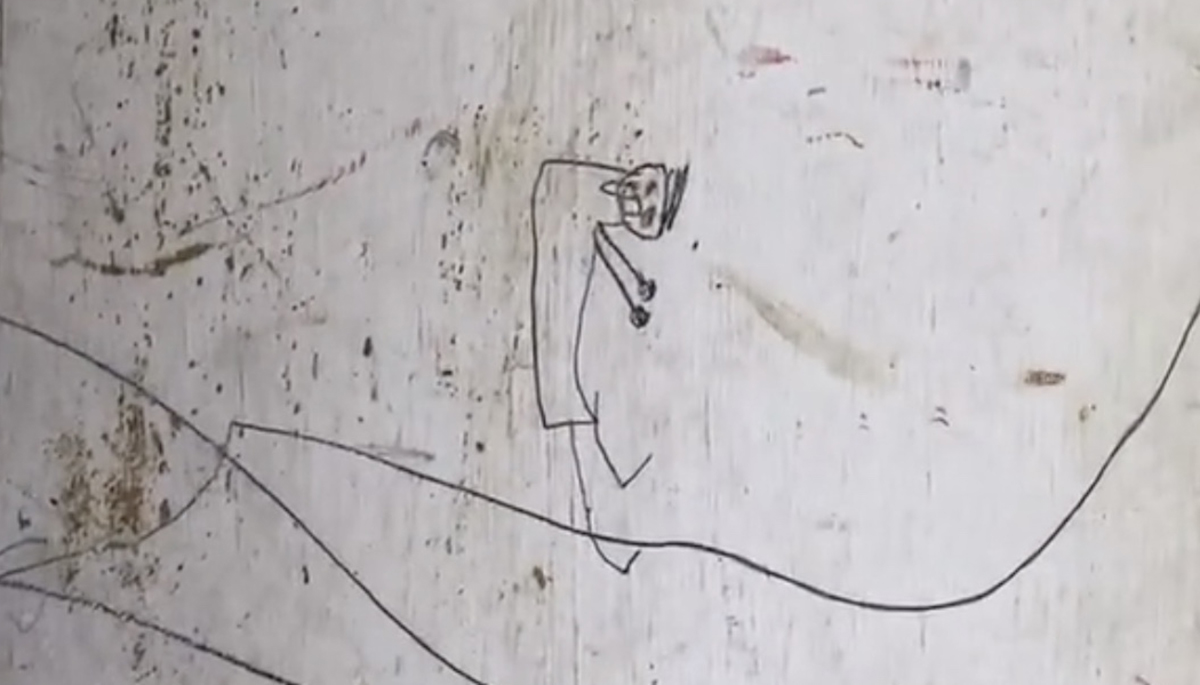 Photo: © @madison.heinzen207
This lead to a lot of questions about this former use of the house, but Madison explained all in a follow-up video. She said, "the daycare was established in the mid-1980s and I'm not sure how long it was operational for," but she did add that it eventually closed down because of the strange goings on.
She said, "previous visitors of the daycare have come forward to us to talk about their paranormal experiences while being there, in which doors would just randomly open or objects would move out of place and just things like that."

Things have been fairly calm for Madison and her parents after they took over the house in 2019, but the Perrons had a much rougher ride there which statred on the day they moved into the 14-room remote farmhouse.
At first it was just little things like household items going missing, but it quickly escalated and the family's five daughters started seeing ghostly apparitions around the house.
The Perrons believed their home was haunted by the ghost of an early 19th century witch named Bathsheba Sherman. She was an alleged child killer who lived on the site and cursed the land. The family enlisted the help of famous demonologists, Ed and Lorraine Warren, to try to put an end to the hauntings - this is the plot of the first Conjuring movie.
Madison covers much of this history in a longer more detailed tour video that she created for YouTube last September, you can watch it in full below.
Tags:
conjuringtopicalparanormaltiktok

A Dog Was Captured Playing With A Phantom Pooch On CCTV