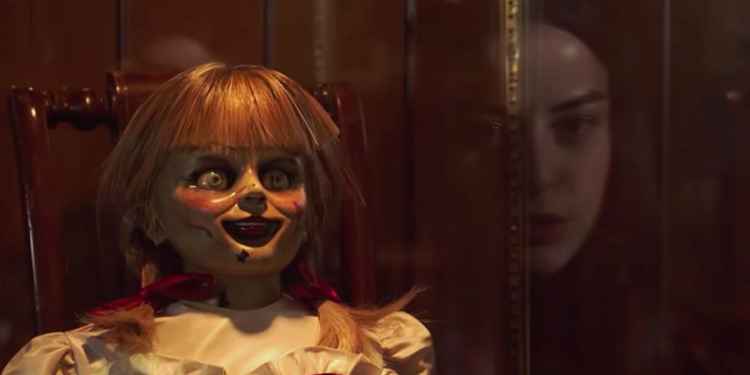 If you believe what you read on social media, then you may be worried after hearing that the real-life haunted doll at the centre of 'The Conjuring' movies has escaped and gone missing. Thankfully, it's not true.
According to multiple tweets the real Annabelle, a Raggedy Ann doll, had vanished from the the glass case in an occult museum set up by the Ed and Lorraine Warren.
The Warrens were a well-known husband and wife paranormal team specialising in demonology. They investigated such cases as the Amityville haunting, the Enfield Poltergeist case and of course the case of Annabelle the cursed doll.
You'll be pleased to hear that Annabelle hasn't gone missing, in fact she hasn't been there for almost a year since the museum closed. Ed and Lorraine's whole occult collection is now safely in the hands of their son-in-law, Tony Spera.
The origins of the creepy doll are rooted in a real life paranormal case, that was investigated by Ed and Lorraine. It was touched upon in the 2013 movie 'The Conjuring' and a year later Annabelle was credited with a whole movie to her name, which was followed up by two more movies revolving around the creepy doll, 'Annabelle: Creation' and 'Annabelle: Come Home'.
The doll was given to a student nurse and strange things started happening. A psychic medium told the student that the doll was hosting the spirit of a girl named Annabelle. Paranormal activity surrounding the possessed doll escalated and eventually the student and her roommate contacted the Warrens for help, they concluded that the doll was demonically possessed.
Ed's background in the world of supernatural investigation is as the director of the New England Society For Psychic Research, spurred on by his experiences living in a haunted house as a child where he'd regularly see objects flying around. Sadly, he died at the age of 79 in 2006.
Lorraine was still an active member of the paranormal community until she died at the age of 92 last year. Up until her death she continued to run an occult museum from her home in Connecticut, which is where Annabelle was safely housed in a glass case until last year.
Tags:
paranormalmoviesconjuringhorrortopical