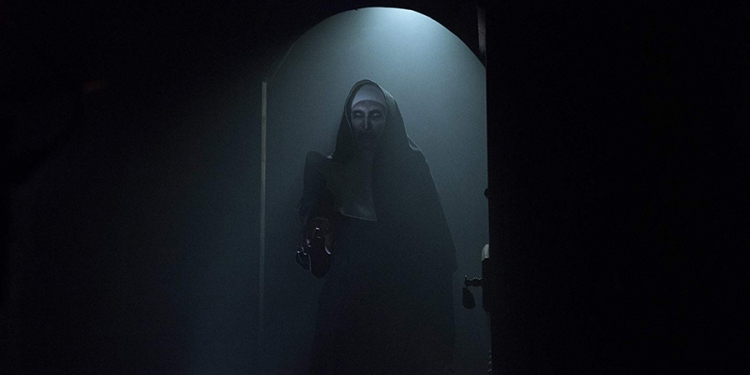 Warner Bros. have confirmed that 'The Conjuring' universe will soon expand with a sequel to the 2018 movie, 'The Nun'.
Although a sequel was announced back in 2019, last week movie fans at the CinemaCon in Las Vegas saw a teaser for 'The Nun 2' pop up in a sizzle reel, confirming that the upcoming movie is still on the cards and likely to premier within the next twelve months.
'The Conjuring' movie franchise, and to a lesser extent the 'Annabelle' series, is loosely based on the real life case files of American paranormal investigators, husband-and-wife team, Ed and Lorraine Warren. The 2018 movie 'The Nun' serves as a prequel to the movies in the franchise, but its plot is purely fictional.
'The Nun' followed Father Burke, a Roman Catholic priest and a nun named Sister Irene who are sent to the Abbey of St. Carta in Romania to investigate reports that the two nuns living there had been attacked by a supernatural force. They slowly discover that the evil force behind the incident is a demonic nun.
Although not technically not based a true story like other movies in the franchise, the idea of a ghostly nun comes from the Warrens' investigation of Borley church during a trip to England. A phantom nun was said to have haunted the grounds of the famous rectory located close to the church. The rectory was destroyed by fire and demolished in 1944, but it's since been said that the nun continues to haunt the church.
Back in 2018, 'The Nun' took a massive $365 million at the box office worldwide, driven by Valak the demonic nun played by Bonnie Aarons. It's not yet known if Bonnie will return for the sequel, as no cast details have yet been announced.