Aliens make contact in the Hudson Valley in an all-new Discovery+ Shock Doc, 'Alien Invasion: Hudson Valley', dropping on August 15, and they may not come in peace. 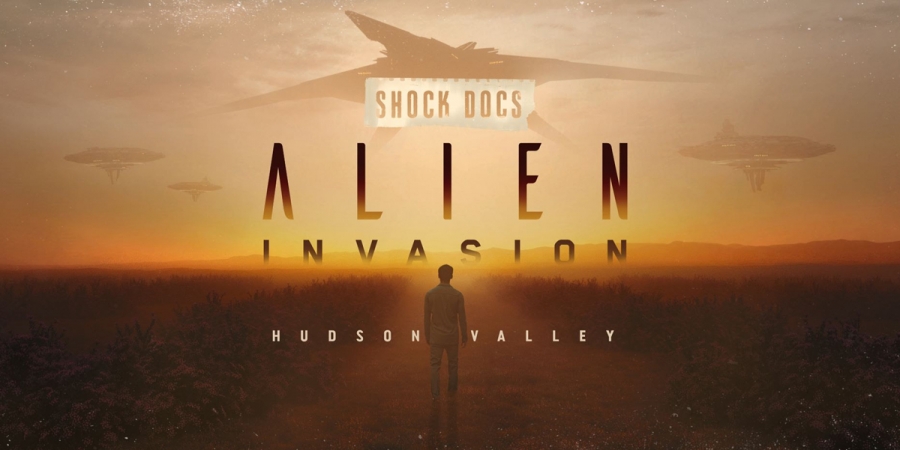 Now that the US government can no longer deny the existence of UFOs, eyewitnesses feel emboldened to share their stories and there's a renewed hope that we may learn the truth about whether we have been visited by extraterrestrials.
The latest instalment of the popular Shock Docs franchise, Alien Invasion: Hudson Valley, streaming on discovery+ beginning on August 15, follows an in-depth investigation into this alien epicentre to help residents of the Hudson Valley, New York, find explanations for their unearthly and sometimes violent encounters.
While Area 51 has the notoriety, the Hudson Valley region, just north of New York City, remains the undisputed UFO capital of the world reporting nearly 3,000 extraterrestrial encounters over the last decade. The team leading this new investigation into the region includes Ben Hansen, former FBI profiler and expert in extraterrestrial/paranormal affairs; Melissa Tittl, an investigative journalist breaking news on paranormal science and conspiracies; and Marc D'Antonio, Hudson Valley native and chief photo researcher for MUFON, the top civilian UFO investigative organization in the world.
Throughout the two-hour special, the team takes an innovative approach to investigating extraterrestrials by utilizing paranormal equipment and techniques to deliver stunning results. This unique investigation method leads to messages from beyond, chilling first-person accounts and overwhelming video evidence, all indications that may prove we are not alone.
Why are aliens descending on the Hudson Valley? And what do they want from the residents? The team's investigation is anchored by first-hand experiences – members of the community describing unbelievable interactions with extraterrestrial forces. Hansen, Tittl and D' Antonio speak with a skeptical community leader who finally shares his untold story of a potential UFO landing; a local haunted homeowner who believes her house has been visited by otherworldly beings for generations; and another Hudson Valley resident who recalls alien encounters that mutated his friend and put his family in danger.
"We use a multimodal approach with specialized cameras and technology – much of which was designed for the military – and combine that with techniques commonly utilized in paranormal communication experiments," said Hansen. "Our equipment and the team's combined expertise really enhance our investigation efforts. We truly hope to bring Hudson Valley residents the answers they're looking for even though they may not be prepared for what we find."
"The goal was to communicate with these unknown entities, and we believe we succeeded," added Tittl. "We became experiencers ourselves. And it was as exciting as it was unnerving."
'Alien Invasion: Hudson Valley' is produced by MAK Pictures and premieres on Discovery+ on August 15.
Tags:
ufostelevisiontopicaldiscoveryplusshock docs