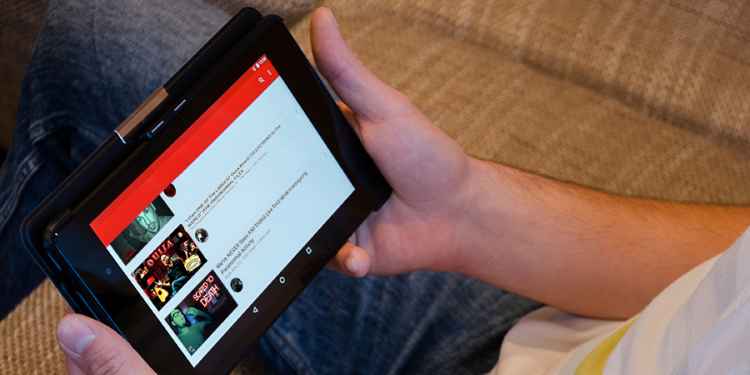 If you can't get enough of paranormal reality shows but are running out of ghost hunting shows and documentaries to watch on television, then YouTube could be the place for you.
Of course YouTube has poor quality, illegal rips of popular ghost hunting shows, but you're probably looking for something new, exciting and real. If you know of a good YouTube channel that we've missed, let us know in the comments at the bottom of the page.
So, in no particular order, these are our top picks of paranormal channels you should subscribe to on YouTube today... 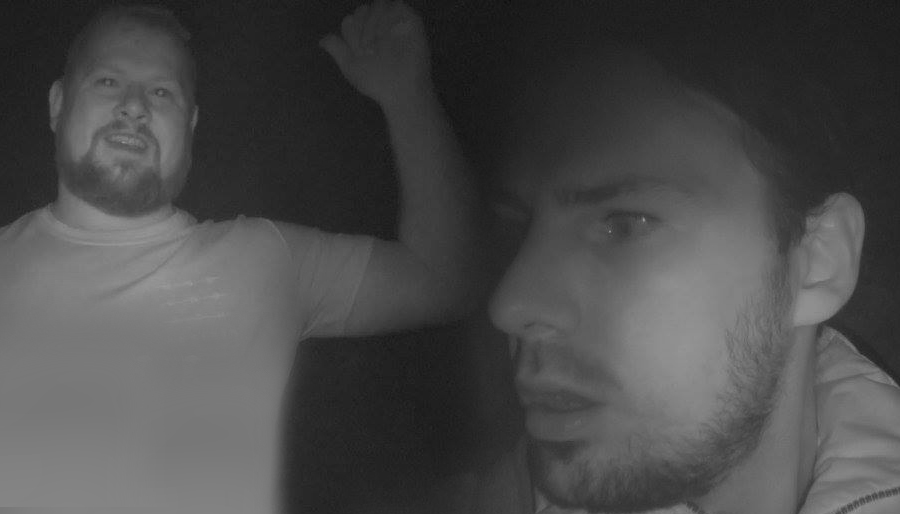 They might not really be brothers, but there's no denying they make very entertaining paranormal videos. This is evident by the speed at which their channel is growing. The investigation duo from Wolverhampton/Walsall often team up with other paranormal teams in order to search for the truth with a bit of banter along the way.

The Paranormal Files is one of the biggest paranormal channels on YouTube. The team explores all things weird, including spirits, religion, cryptids and even extraterrestrials. Over the years, lead investigators Colin Browen and his significant other Payton McWhorter have captured a number of extreme paranormal events on camera, including physical attacks, crystal clear spirit voices and even what appear to be apparitions on camera.

Phil and Sara Whyman have created a web series with a back-to-basics approach to ghost hunting. The series, which is available on Facebook and YouTube is a mix of fly-on-the-wall documentary and paranormal reality show and promises real scares, banter, arguments, and light-hearted moments.
Phil and Sara are joined by a team of experienced investigators, made up of Jane Carrigan, Tim Wagstaff, Dale Dickinson and Ben Woodward, who at the start of each episode come together to pick the most interesting cases they they've each received before embarking on their investigation in an attempt to uncover what might be lurking in the shadows. 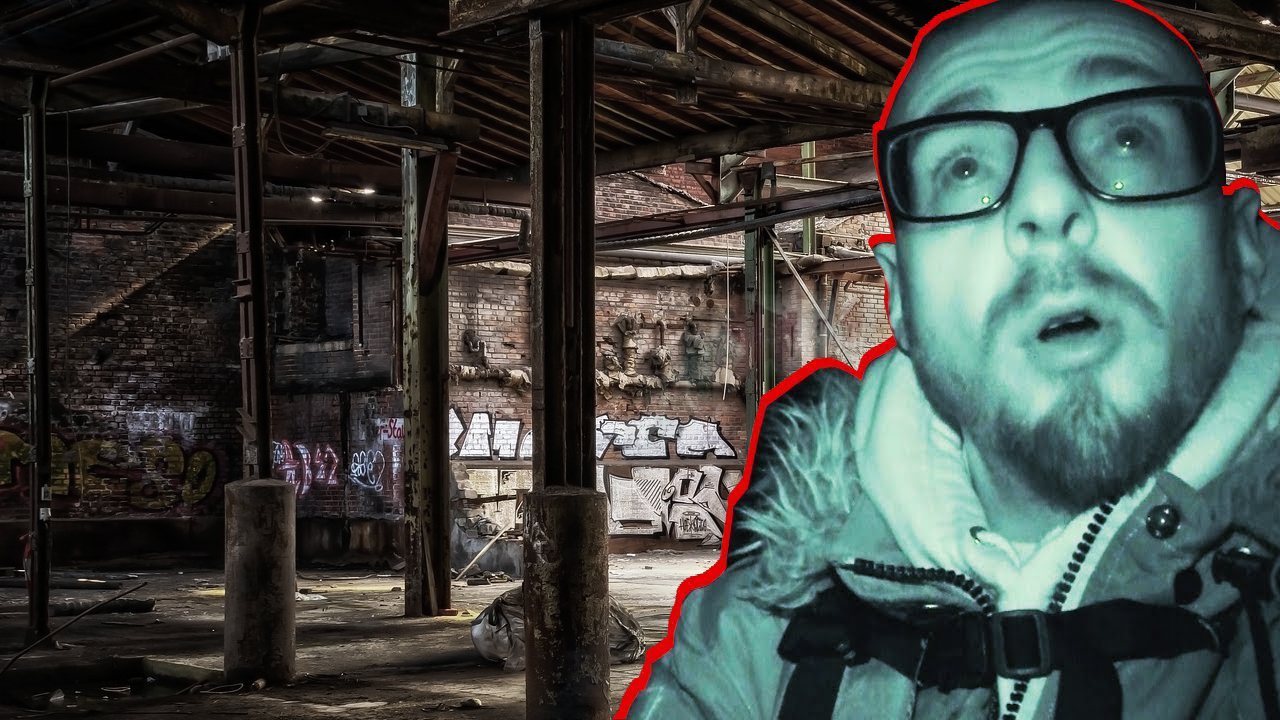 Lead by Karl, Dark Arts TV are a UK based group of paranormal investigators and urban explorers with a passion for history, architecture and paranormal science. They upload regular videos, embark on paranormal road trips and look for proof of the paranormal in every type of abandoned building imaginable. 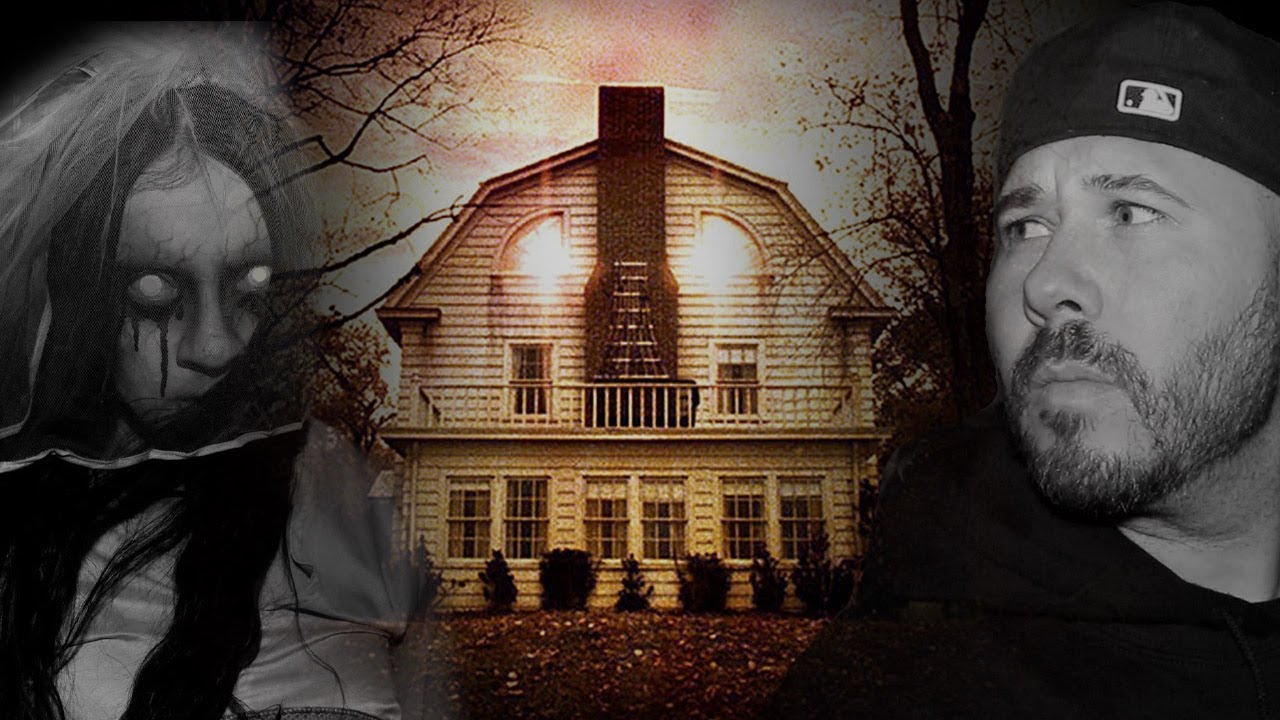 Omar is an American vlogger, his channel features a mix of content including family vlogs, travel videos, challenges and pranks, but Omar is best known for exploring haunted locations. Omar now has more than two million subscribers and has investigated infamous locations across the USA including Waverly Hills Sanatorium, Eastern State Penitentiary and the Queen Mary. 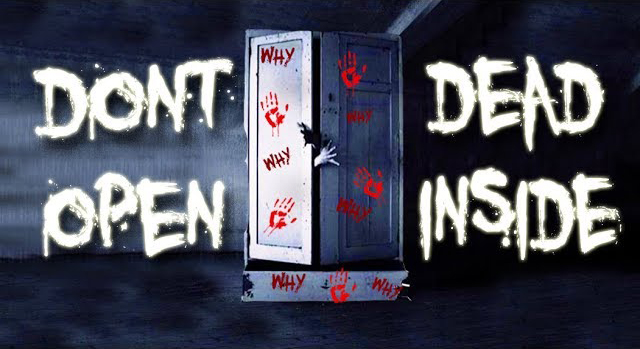 Proving Demons may be a little dramatic for some, with claims of demonic encounters and dramatic haunting phenomenon, but there's no denying that Andrew's channel is a popular and entertaining mix of paranormal investigation and urban exploration with a little bit of controversy added in for good measure. Watch as Andrew visits some of the darkest haunted locations on earth, as he attempts to capture the highest quality evidence of ghosts, demons and proof of the afterlife. 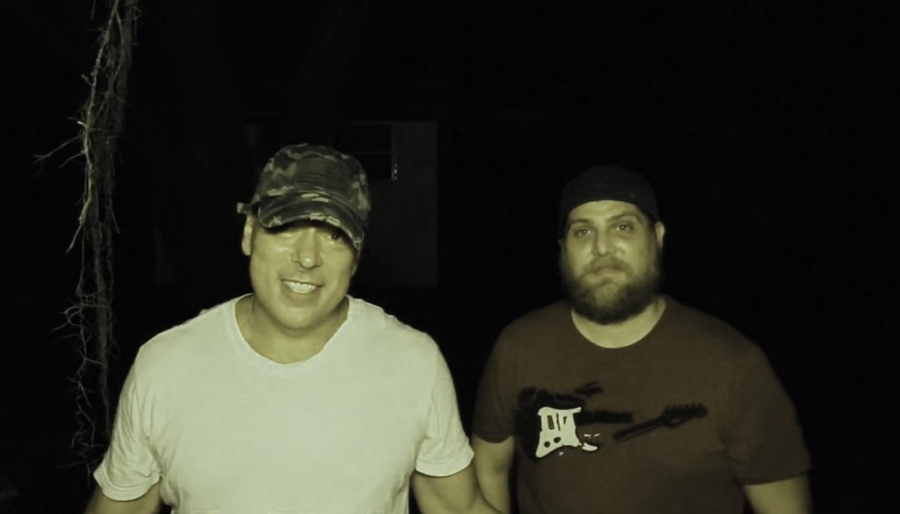 Take a journey through America's forgotten haunted history with Joe and Rob as they attempt to preserve these memories from a simpler time through their ghost hunting expeditions. The duo have captured evidence that they believe proves that the paranormal does really exist. 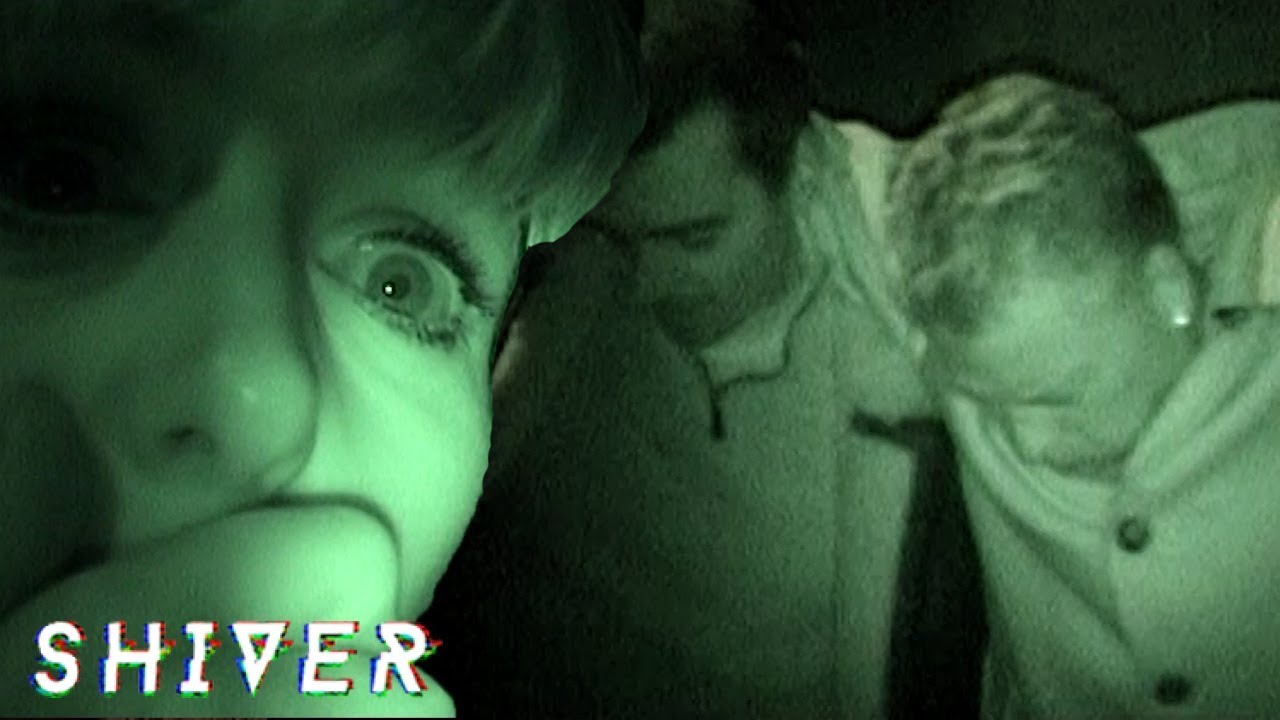 Unlike the other channels on this list, Shiver isn't a paranormal investigation team, in fact they don't make content themselves, but they're fast becoming the go to place for ghost hunting and true crime documentaries, as well as documentaries that ask the questions others are too afraid to. All of which is published for free on YouTube in good quality. The problem with YouTube is that it's flooded with illegal versions of television shows, but Shiver have genuine licensed content, all of which is uploaded in the best possible quality.
Whether it's ghosts or clandestine conspiracies, the channel brings you the things that will send shivers down your spine. The shows you can watch on the channel include classic episodes of 'Most Haunted', 'Ghost Dimensions' and 'Boogeymen'. 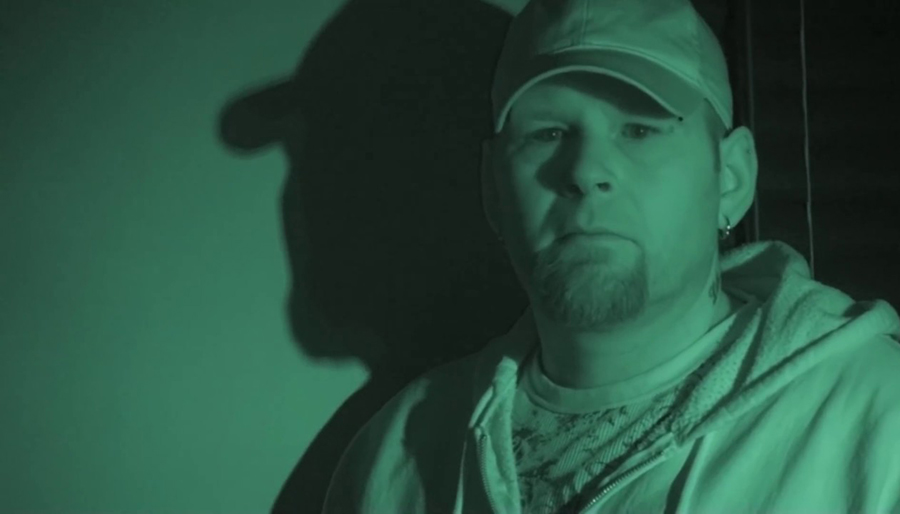 Living Dead Paranormal is a paranormal group The group was founded in 2007 by three brothers; Josh, Rocky, and Shaun Fourman.
The Fourman brothers have had a keen interest in the paranormal since experiencing paranormal activity in their childhood home. Now, their interest has become a passion, a passion to discover what lies beyond and uncover the truth.
Living Dead Paranormal has embarked on a mission to investigate reputedly haunted locations across the country in order to film and document unexplained paranormal activity. Join them on their journey to experience what lies beyond.

Having now investigated the paranormal for over 4 years, and learned to accept the reality that there really is something out there, Sean Kenna and Sean Owen decided to start a new documentary series, focusing on the darker side of the supernatural.
Selecting Britain's most horrific locations, their aim is to confront the most negative of entities... hoping that in doing so, may provide a greater chance of capturing that undeniable evidence that every paranormal investigator seeks.

The Paranormal Detectives are on a mission. They aim is to visit haunted locations across the United Kingdom and to "seek the truth" in these locations. They will be your eyes and ears and will share their experiences and evidence with you each step of our journey. Best of all, everything you see on this channel is real. No evidence is tampered with. Nothing is faked.
They film their main episodes with a minimum of four locked off cameras in different areas, and the use of trigger objects too. This helps them cover as much area as possible and gives them extra chances to pick up something unusual - however it also gives them extra chances to rule things out and debunk our findings. 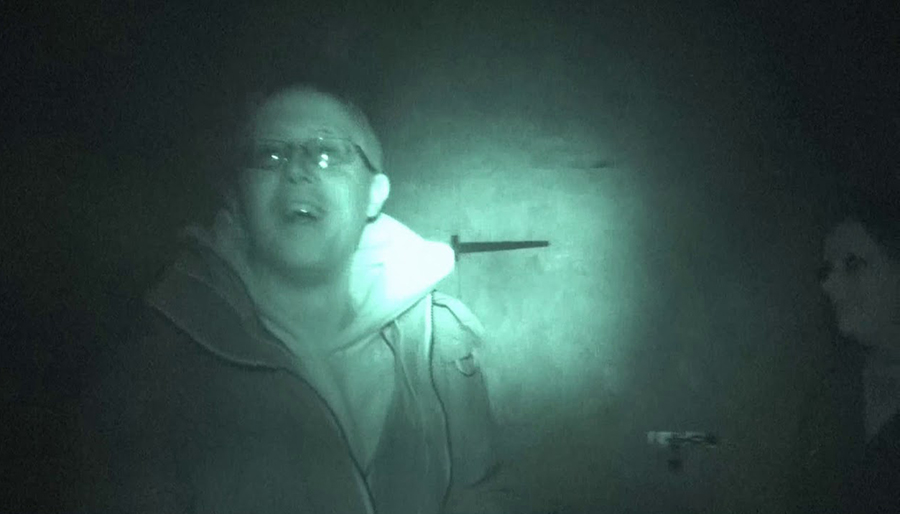 WPS are a group of professional paranormal investigators from South Wales investigating haunted locations across Wales and rest of the UK.