Before television, people went to the cinema to watch the news and British Pathé was at the forefront of cinematic journalism, blending information with entertainment to popular effect.
Over the course of a century, it documented everything from major armed conflicts and seismic political crises to the curious hobbies and eccentric lives of ordinary people.
Now considered to be the finest newsreel archive in the world, British Pathé is a treasure trove of 85,000 films unrivalled in their historical and cultural significance, which it uploads to YouTube under a different theme each month.
One video that we were particularly interested in included three newsreels that show us what ghost hunting, or as they describe it "the eeriest job in the world", was like in the 1950s and 1960s. 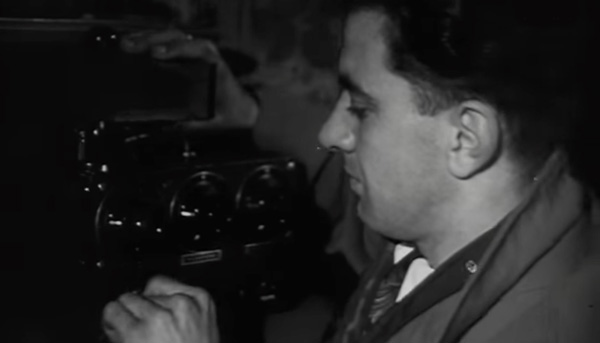 The first of these three clips, 'Ghost Hunters' dates back to 1953 and shows a team of Brighton ghost hunters investigating spooky goings on at a 200 year old haunted house in Sussex where something has frightened away three different caretakers. According to the sign on the gate, the house is called Alpesbury, but no record of such a property seems to exist today.

What's fascinating about the clip is that it shows how different ghost hunting was in the 1950s compared to today. There's no spirit boxes and gadgets with flashing lights detecting electromagnetism. In fact the only thing close to this is a radar device that can detect potential fakery by immediately alerting the investigators to the presence of a living human trespasser in the house.

However, the announcer tells us that the team, consisting of chief ghost hunter Ted Henty, dowser Bruce Copen, wireless and electrical engineer Luis Haestier and the team's inventive brain Dudley Gamble-Jones, are armed with the resources of modern science including a tape recorder. We also see an oscillagraph and a device that Copen calls a radial magnetic detector pendulum.

We see Henty check around the fireplace, where caretakers of the house said the disturbances occurred. He puts cotton thread across the opening and strings ornaments together, then sets up a microphone that will amplify any sound if threads snap or ornaments break.

The investigators also use a technique which was once very common but is rarely used today, the method of covering the floor in sand or flour in the spot where the supernatural disturbances are claimed to have occurred. This allows the investigator to spot phantom footprints.

Since walkie-talkies weren't readily available in the 1950s, the ghost hunters installed their own internal telephone system so that any disturbances recorded on the various instruments could be reported to each other immediately. 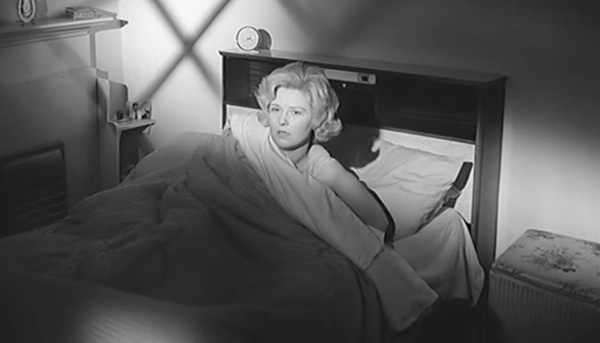 In the second clip we meet Mr and Mrs Campbell-Wilson, the owners of The Chequers Inn in Amersham, which according to local legend circulating at the time was haunted. It was claimed that the restless spirits of three Protestant martyrs haunt the pub, having been imprisoned there the night before they were burned at the stake.

Since taking over the pub, the couple lost so much sleep that they called in a a well-known medium of the time, Molly Moncrief, to see if she could exercise the unwanted spirits.

Molly soon came to the conclusion that it wasn't the martyrs haunting the pub, but the jailer. She told the Campbell-Wilsons, "he had the keys, he gives me the impression of a monk he wears a long robe and a hood." 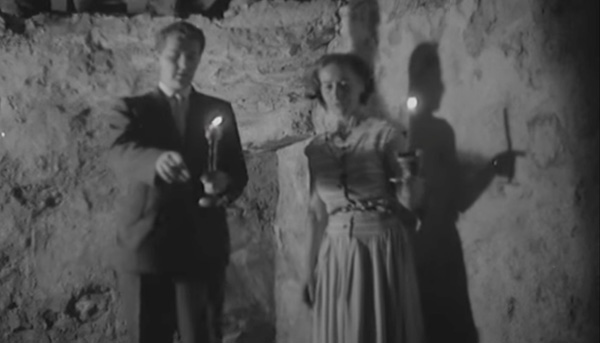 The final newsreel takes us to Pilgrims Cottage in Wilbarston, Northamptonshire in 1957. We meet Mable Cullen who refused to sleep in the main bedroom of the 17th century cottage after a ghost the family have nicknamed George appeared there.

According to the villagers, George was angry at being disturbed by the digging up of nearby tombstones forcing him to find a new resting place.

To try to rid her home of things going bump in the night, Mable had called in a spiritualist medium, Michael Hurt. In the archive clip we learn that he believes the house was once used for black magic and goes as far as to start digging in the cellar to search for evidence of this.

Like a 1950s Derek Acorah, we see the moment when Michael puts himself in a trance and consults his Chinese spirit guide, Lee Wong.