UFO buffs from around the world often descend upon Area 51 in Nevada in search of flying discs, but it seems the UK has had its fair share of unidentified aerial phenomenon too, but where in Britain are you the most likely to see a flying saucer? 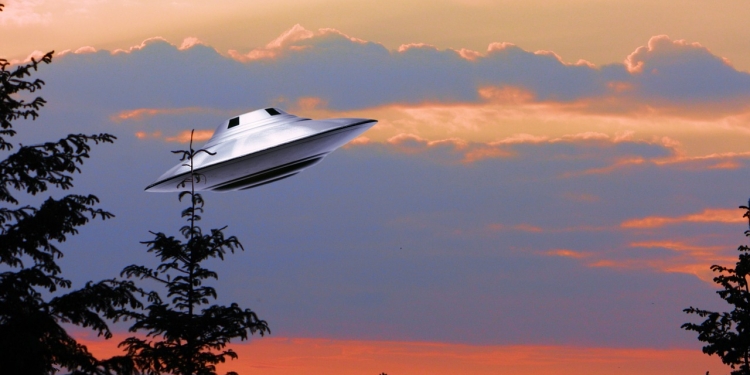 Historically, the United Kingdom's top locations for spotting a UFO have been Warminster in Wiltshire, Bonnybridge in Scotland and in Wales, Broad Haven. There's also the famous events which took place in Suffolk which put Rendlesham Forest on the UFO map.
However, now we can confirm the list of top UFO hotspots in the UK thanks to a website which has been collecting UFO sightings from members of the British public since 2008 and now have over 11,000 reports in their database.
Below are the twenty location which have received the most reports of UFO sightings according to uk-ufo.co.uk. Some of the places on the list, such as London and Greater Manchester, are major population centres. This might slightly inflate results in those areas as the greater population density is likely to result in a higher number of sightings.
There are some notable places missing from the list. Suffolk, the location of the "Rendlesham Forest Incident" only makes it as high as 25. Wiltshire, home of former-UFO hotspot Warminster ranks 34th and the Bonnybridge area only makes it to no. 55.

Since 2008 there have been 203 reports of UFOs in Staffordshire. Most notably in 2015 when a strange aircraft was spotted moving slowly and loudly across the night sky in Cannock.
Locals speculated that the object could have been military prototype or a drone but other think it could be proof of alien visitation as the area has been a hotbed of UFO sightings since the early 1980s.
One resident took to social media to say, "my house was rumbling, and I'm still shaking. It was slow and it was huge."

Norfolk has been the source of 204 UFO reports in recent years, including this video of mysterious lights spotted in the countryside. The uploader claims that this aerial display happened twice about three minutes apart. They also say it's "definitely not a plane or a helicopter because they were moving at immense speeds and there wasn't any sound or flashing lights."

215 reports of unexplained objects in the skies above Hertfordshire have been collated since 2008. One report which went on to attract a lot of press attention came after a video was uploaded to YouTube which seemed to show an odd pulsating white dot hovering over a house in Hoddesdon near Potters Bar. 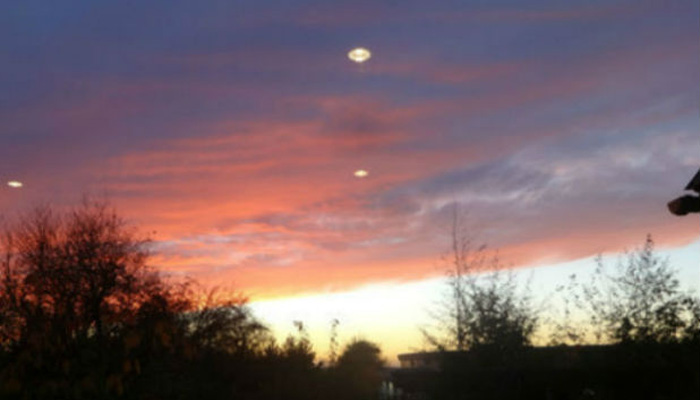 Lincolnshire's 218 report include that of Doreen Mattison who spotted a set of dull yellowy lights over her home in Branston. She said, "one Monday the lights seemed to be going around in an orbit whereas on Tuesday it was one light travelling behind the other."

As recently as October 2016, the media picked up on reports of video footage which showed two strange lights in the sky above Chesterfield moving in synchronised rhythm. This is just one of the county's 219 reports of UFO activity.

Last summer a 13-year-old capture an unidentified object on camera over Ayr, adding to the 228 reports of UFO in the area.
The mysterious entity was filmed lurking in the sky over Ayr Harbour, the black craft was visible for around 15 minutes, although the video capture just 30 seconds of the strange phenomenon.

Surrey has been described locally as a hotbed of UFO activity and the area has been the source of 236 reports of sightings.
One sighting which gained a lot of press attention occurred in 2014, but despite being described as "like something out of horror film," a video of the incident doesn't have everybody convinced about the existence of aliens.
The video captured a strange black shape which looked "similar to two Dementors from Harry Potter flying towards" flying over Hascombe and Bramley area, near Godalming.
Several reports were made to the local police but a spokesperson said that it was likely the object was a large piece of sheeting flying through the air. 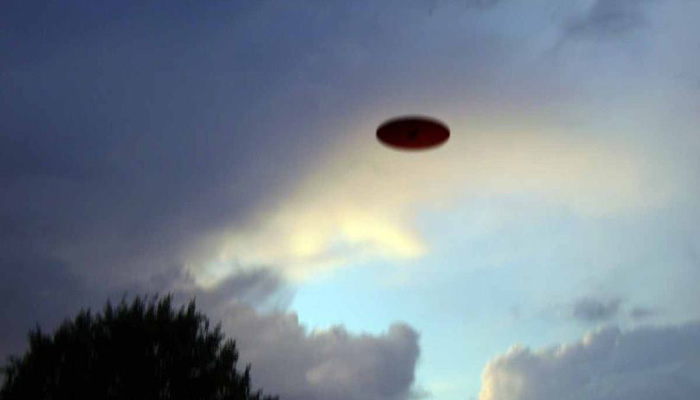 In 2014 the Liverpool Echo published a list of 30 UFO sightings above Merseyside, including the photo above of a possible flying saucer spotted over Bidston Hill in the county.
These 30 reports are part of a much higher number of reports submitted online, uk-ufo.co.uk have a database of 247 for this part of the country.
The Liverpool Echo also put together a handy map showing the location and details of UFO reports in the area.

Files released by the Ministry of Defence in 2013 revealed that they received eight reports of unidentified flying objects in Nottinghamshire in just one year.
The previously-classified documents record sightings between 2007 and November 2009, however since 2008 there have been 264 reported sightings shared online by the public.

Hampshire has been the source of 311 UFO sightings, according the website uk-ufo.co.uk.
One eyewitness in Winchester saw a bright, blue-white light in the sky above their home. The display lasted for over quarter of an hour. The witness said "it was exhibiting movement consistent with a bobbing motion which when observed over a period of several minutes meant that the UFO moved across the sky from South to North in a rolling-wave motion." 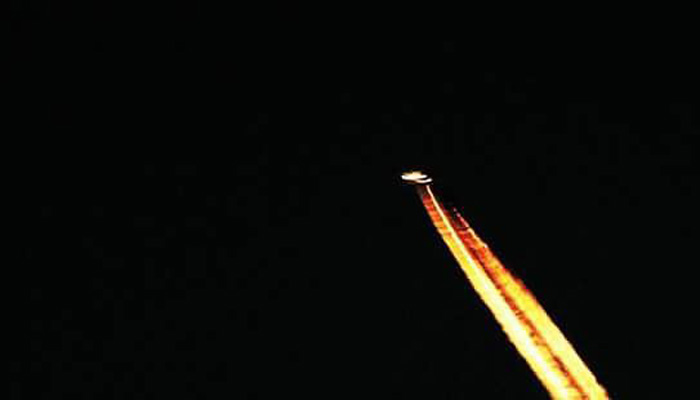 A very recent sighting over Exmouth in Devon adds to the growing list of 311 reported UFO sightings from the county in the South-West of England.
The latest sighting occurred in January of this year. The object was spotted by Mark Emmins and captured on camera by his friend Tyron Osborne at 1pm on a Wednesday afternoon.

Sussex has produced 316 reports of UFO sightings since 2008. One of those sightings was capture in a video by Elaine Costello in 2015.
The video was shot over Shoreham Power Station in Southwick and shows an RAF Vulcan military jet passing overhead but the camera also captured a small, black object shooting across the sky at the very end of the video.
Elaine said, "the object appears right after the Vulcan bomber has gone out of sight. It flits from the left of the screen to the centre where the video ends."

Police in Cheshire have recently revealed the number of reports they have received in recent years of UFOs over the area.
The force dealt with seven reports ranging from "dazzling green lights" to mysterious hovering shapes between 2012 and 2015. While only seven locals have felt the need to call 999, in total 412 people have gone online to report an unexplained sighting in Cheshire.

The MOD were forced to make a statement in early-2015 to let the public know they weren't responsible for a strange cluster of glittering lights in the sky above Folkestone.
Some locals thought the lights could have been flares launched from the nearby military ranges at Hythe and Lydd but the nature and origin of the lights are still unknown.
This is just one of Kent's 418 reported UFO sightings.

The Southend UFO Group say they have received many reports of sightings in the Essex area, everything from glowing white lights and orange spheres have been reported along the Thames Estuary, River Crouch and local areas.
The group also list Bradwell power station as a location of regular sightings, as well as Hanningfield reservoir and Foulness Island.
In total, Essex has been the source of 427 UFO reports, according to the sightings database on uk-ufo.co.uk. 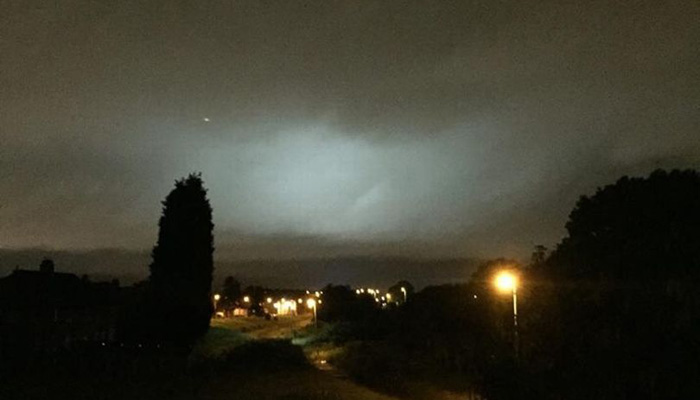 In June 2016 there were widespread reports from all across Manchester and the surrounding areas of strange lights in the evening sky.
Most of the reports came from residents of Tameside and Gorton over several nights and witnesses took photographs of the lights, hidden behind clouds, from various locations around the city.
Greater Manchester as a whole has made 437 reports of unexplained aerial phenomenon in the last nine years.

People living in the West Midlands have been responsible for 463 reports of unidentified flying objects in their area since 2008.
One sky-watcher uploaded a video to YouTube which showed a cluster of strange glowing orbs in the sky over Birmingham following a thunder storm. The aerial display was spotted at around 16:30 on a December evening and lasted for just over ten minutes. 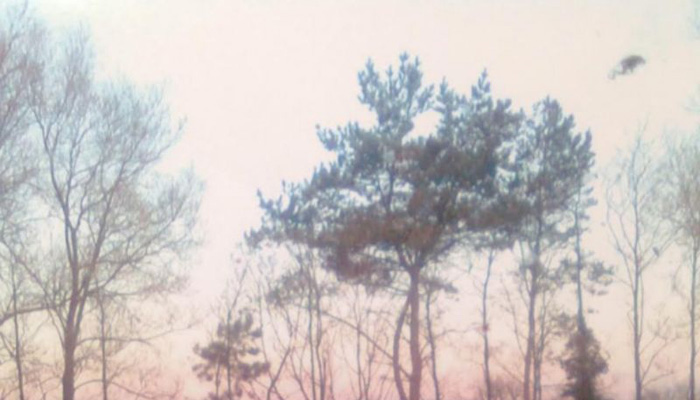 Last May, Zed Khan captured what he believes to be an extraterrestrial craft on camera in Catforth, near Preston. The UFO hunter said he had been meditating during the night for nine months in the hope of making contact with aliens.
It seems his efforts paid off as Khan saw this object in the sky from his garden at 6am one Saturday morning in April 2016.
Just last month, police in Lancashire revealed that they've been regularly dealing with reports of not only UFO sightings but also claims of alien abductions in the county and a craft landing in Marsden Park, Nelson.
According to information obtained through the Freedom of Information Act, emergency call handlers have taken eight reports of alien-related activity in recent years.
There has been a total of 469 reports of UFOs in Lancashire posted online since 2008. 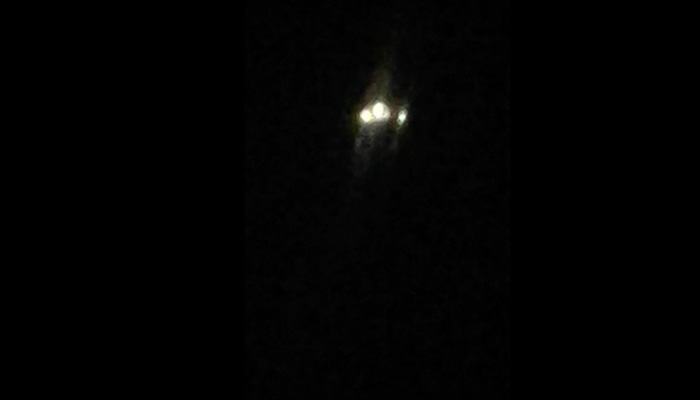 With all the light pollution in London, it's a wonder anyone can even see the moon in the sky, let alone an alien space craft but despite that there have been 583 reports of UFOs over London made to uk-ufo.co.uk since 2008.
One of the most recent sightings to come from the capital is shown in the photo above. The photo is a still taken for a video taken by Terence MacDonell and his girlfriend Natasha Samuels after repeated sightings of the mysterious lights over their house in Enfield.
Terence, who works as a chef, said "when we looked closer, we realised it was actually a UFO." 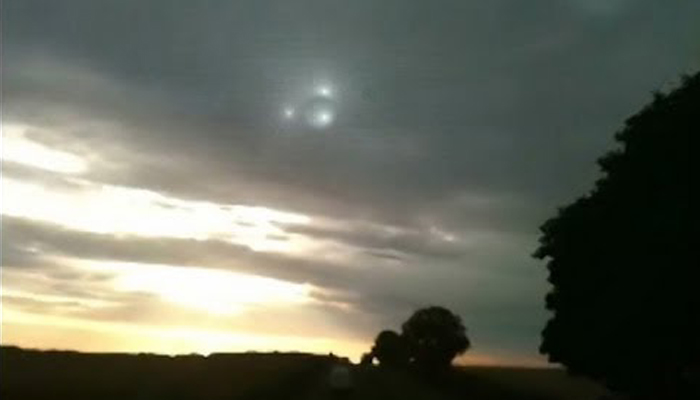 Yorkshire has come out on top as the part of the UK that makes more reports of UFO sightings that any other part of the country. In fact the county has made 842 reports since 2008, almost double what Lancashire at no. 3 on this list made.
Just one of those reports took place in 2012, when a formation of low-flying UFOs were caught on camera. The camera was mounted on the dashboard of a delivery truck driving from York to Scarborough over the North Yorkshire moors.
So, if you're a sky watcher and want to try and get a glimpse or maybe even a close encounter with an extraterrestrial, then Yorkshire is the place to go. In recent years the UK media have reported several sightings over the county and even scrambled fighter jets in response to reports of a UFO heading into UK air space from the North Sea.
At the end of last year, a local UFO expert, Gary Heseltine came forward with a sighting from a former policeman who spotted a green, glowing, triangular-shaped craft in the sky near Holmfirth in Kirklees.
Heseltine said, "this man is a very credible witness and I checked out his background two years ago when he came to me with a previous sighting which occurred 25 years ago while he was a serving officer."
Tags:
unexplainedufos