Can Spirits Follow You Home From A Ghost Hunt? 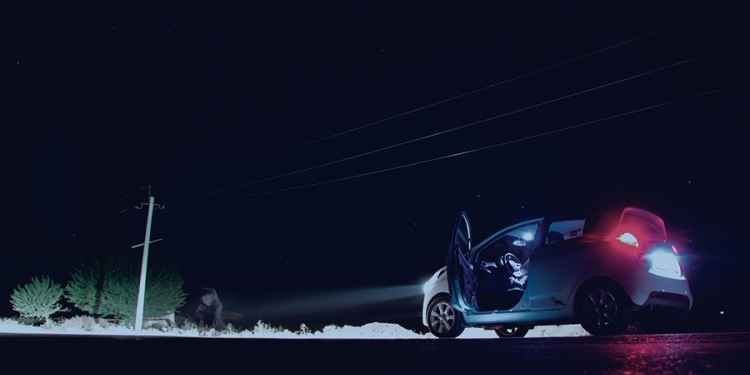 Photo: pixabay.com
If you've been on a ghost hunt in a haunted location, you may get home and still feel a little spooked by the paranormal activity you've experienced and wondered if something sinister might have followed you home.
It's easy to imagine that if a spirit takes a shine to you, or if you antagonise it, that it might want to stay with you or follow you home, but is this possible?
You need to remember that there are believed to be two main types of hauntings, residual and intelligent. With intelligent hauntings the spirits are said to be aware of their surroundings and are able to interact and communicate with you. However, residual hauntings are not aware of you, they can't communicate or interact in any way.
Residual hauntings are believed to be merely reflections of the past in the form of psychic or emotional energy from a specific event in the past. The energy has been stored in the location or the building and replays on the anniversary of that event or when the atmospheric conditions are similar. The energy may also be visible to those who are more in tune with the spirit world.
So, if the haunting has the characteristics of a residual haunting, then there is absolutely no risk that a spirit will follow you home, they won't even be aware that you're even there. Signs that you are experiencing a residual haunting include, repetitive sounds, reoccurring apparitions that do not notice the living, and the actions will often repeat over and over again.
In the case of intelligent hauntings, there is a tiny chance that a ghost could follow you home but it is very very rare. Hauntings tend to attach themselves to either a location, an object or a person. Most commonly, poltergeists attach themselves to people, rather than places or things. It's not often that a spirit floats between these three options. If a spirit is attached to a location it will almost certainly stayed attached to that property indefinitely.
Thinking logically about this, the most haunted locations tend to be places like castles and old buildings of historic interest. These buildings are often tourist attractions with hundreds, if not thousands of tourists passing through their doors every day. If it were easy and common for ghosts to follow people away from these buildings, then none of them would have any ghosts left.
There are rare occasions when a ghost has followed people home, this doesn't mean a possession, just something coming for a visit. One story involves the previous owner of a London nightclub, which was said to be haunted by a former hostess who worked in the club.
After locking up Caesar's Nightclub, the manager drove home and says the ghost of a young woman with blond hair wearing 1950s-style clothing often followed him home. It's believed that she is the spirit of Ruth Ellis, the last woman to be hanged in the UK.
It's also thought that if you live in a haunted house, or if you've previously invited a spirit into your home, and you taunted or antagonise that spirit, then it might attach itself to you and follow you outside of the location.
If you're worried about being stalked by a spook, then you might be wondering how do you stop something from following you home. The easiest way to ensure this doesn't happen is to be respectful when calling out to the spirits as part of your paranormal investigation.
Avoid provoking or angering spirits, be polite when asking them to show you signs that they are present and thank them for their efforts. If you do encounter a spirit which seems malevolent, mischievous or that seems to have taken a liking to you, then there is no harm in telling that spirit it must not remain. When leaving the investigation, simply call out to the spirit and say something like, "thank you for making yourself known to me this evening. I am leaving now to leave you in peace, you must stay at this location where you belong."
Some paranormal investigators carry a form of spiritual protection with them, such as Evil Eye jewellery, a religious symbol, or something else which makes them feel safe and secure. It doesn't really matter what the object is, if you feel strongly about it then the belief is that it is charged with your positive energy.
Tags:
paranormalghost huntingghosts