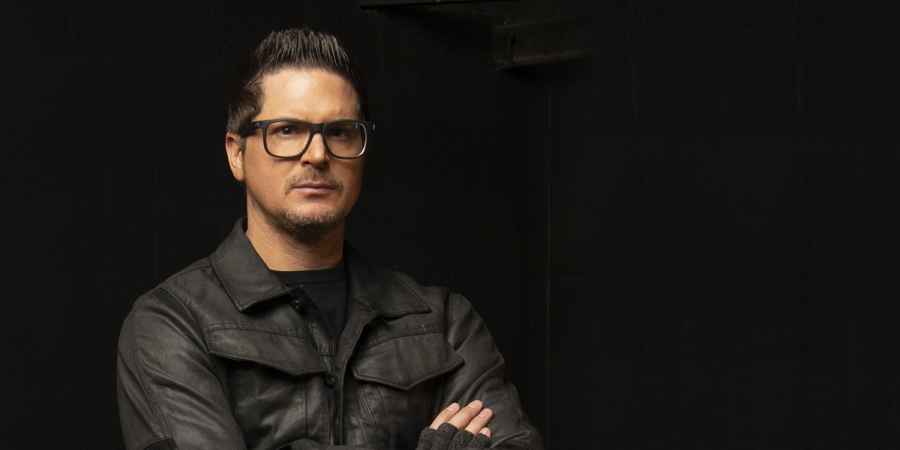 Photo: © Discovery+
It's normal to be sceptical about ghosts, now it seems we need to exercise the same level of caution to the stars of our favourite ghost hunting shows.
The warning comes after a 'Ghost Adventures' fan from Otago in New Zealand was conned out of her lifesavings and landed criminal charges herself after a scammer impersonating the television ghost hunter Zak Bagans contacted her.
Kim-Marie Jackson, a 46-year-old carer, started following the 'Ghost Adventures' frontman in 2018. With more than 750k followers on Instagram it was unlikely that she would get a private message from the famous paranormal investigator, but she soon did and the conversation lead to her losing $35k.
The messages were sent from an unofficial account in Zak's name. Kim-Marie told Otago Daily Times that she was sceptical at first, but the scammer did everything he could to convince her that he was the real Zak Bagans. Kim-Marie said, "he was good, he really made me believe it."
The conman told Kim-Marie that this alternative account was used specifically for contacting fans away from his main verified account. Of course Kim-Marie did attempt to message Zak through his official account to confirm his identity, but with so many followers her messages went unnoticed by the US celebrity.
For a short time the pair chatted via direct messages, Kim-Marie believing that 'Zak' wanted to meet someone outside of his Las Vegas celebrity circle. Kim-Marie said, "at first we just talked normally and then he said 'you sound really nice - I'd actually like to get to know you better'."
As it happened, Kim-Marie had a trip to Vegas planned later in the year, so she thought this would be the perfect time to meet the 'Ghost Adventures' star who runs his own Haunted Museum in the city, but Zak wasn't keen on this idea and instead suggested that he'd fly to meet her on his private jet. However there were the inevitable issues with tickets and plane problems.
Meanwhile, the scammer had convinced Kim-Marie into transferring her life savings into his account so he could "keep it safe". After some persuasion, she transferred a total of $10k.
At this point Kim-Marie tried to cut contact with the imposter, but he managed to talk her around and eventually got her to share her bank account details with him. This led to her receiving a transferred sum of money out of the blue in May 2019. The scammer instructed her to send the money on to an overseas account.
Unfortunately this meant that Kim-Marie had inadvertently become part of an international fraud syndicate. The criminal gang had used her as a money mule to move the funds, something which is illegal in New Zealand, but police let her off with a warning.
At this point it was clear to Kim-Marie that Zak was a fake, but amazingly the story didn't end here. In early 2020 she was contacted from a different account by someone else claiming to be Zak Bagans. This time she did everything she could to validate his identity, she even pressured him into appearing on a video chat. The chat with the star convinced Kim-Marie that she was finally speaking to the real deal.
Zak told her that they could soon meet, but first he needed to send her $30k which would cover the cost of jet fuel. She was once again instructed to send this money overseas. Despite already receiving a warning from police for the previous transfer, she obliged and sent the dirty money abroad.
It turns out that the Zak Bagans that Kim-Marie spoke to via video chat was a deepfake. This relatively new technology allows for the creation of photo-realistic fake videos, often this involves digitally superimposing a face over an actor's real face - a technique commonly used in Hollywood movies.
However Martin Cocker, the chief executive of Netsafe in New Zealand, thinks that the deception was much less sophisticated.
He said it was more likely that the criminals simply used a lookalike to stand in as Zak Bagans. Ensuring the video quality is poor and keeping the conversation to a minimum would make it hard to spot the impersonation.
This second transfer of ill-gotten funds resulted in Kim-Marie being charged with 'receiving', a term under New Zealand law that makes it a criminal offence to knowingly receive something that has been stolen, or in Kim-Marie's case being reckless as to the source of the funds.
She ended up being sentenced with two months' community detention and ordered to repay $26k, on top of the $10k she'd lost to the fraudster.
Tags:
paranormaltopicalzak bagans