Television ghost hunter Zak Bagans' full biography plus the latest news on his paranormal achievements and the latest gossip and updates on 'Ghost Adventures'. 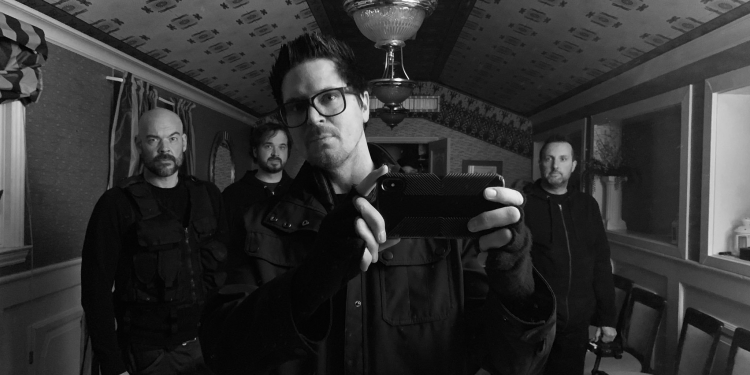 Zak Bagans is the host, lead investigator and an executive producer of Travel Channel’s popular long-running series, 'Ghost Adventures'. With his paranormal investigation team, including Aaron Goodwin, Billy Tolley and Jay Wasley, Bagans travels to locations rumoured to be haunted in search of evidence proving the existence of the supernatural.
After graduating from film school in Michigan, Bagans moved to Nevada to pursue a career in documentary filmmaking. There, he met fellow 'Ghost Adventures' investigator Aaron Goodwin. Their first paranormal investigations as a team took place all over Nevada, and the footage led to an award-winning, nationally televised documentary, Ghost Adventures, which aired in 2009. The concept was picked up by Travel Channel and commissioned as a series. The team has filmed over 200 episodes, and counting, in the most haunted locations.
In 2004, Bagans founded the world’s largest paranormal organisation, The Ghost Adventures Crew, which consists of over 10,000 members. He has also served as host and executive producer of 'Ghost Adventures: Aftershocks', 'Ghost Adventures: Screaming Room', 'Netherworld' and 'Deadly Possessions', as well as an executive producer on various other projects including 'Destination Fear', 'Paranormal Paparazzi' and 'Paranormal Challenge'.
Along with his television credits, Bagans has directed, produced and starred in the documentary Demon House, where he investigates one of the most well-documented case of demonic possession in America. The film had a theatrical release and hit #1 on iTunes’ documentary and horror charts. He has also served as an executive producer on the feature film, Sympathy, Said the Shark.
In 2017 Bagans opened The Haunted Museum in Las Vegas, an award-winning attraction. The Museum contains thousands of haunted artefacts inside a 14,000-square-foot historic mansion with more than 30 themed rooms and exhibits. It has been touted as "a truly amazing attraction" by Las Vegas Weekly and has received multiple accolades, including the Las Vegas Mayor’s Urban Design Award, Las Vegas Review-Journal’s Best Museum winner three years in a row and it was voted as the #1 Best Haunted Destination in America by USA Today. The museum attracts more than 7,000 visitors per month.
In 2012, Bagans joined efforts with Lords of Acid’s Praga Khan on an 11-track album titled NecroFusion (reached #1 on iTunes) that incorporates audio captured from Bagans’ own paranormal investigations. Additionally, he’s penned two books with Kelly Crigger: I am Haunted: Living Life Through the Dead (Victory Belt, 2015) and Dark World: Into the Shadows with the Lead Investigator of the Ghost Adventures Crew (Victory Belt, 2011), which debuted on the New York Times Best Seller list at #18.
Bagans currently resides in Las Vegas, Nevada.