A Spirit Box allows spirits to communicate by manipulating fleeting fragments of radio transmission to form words, but could a spirit unintentionally imprint its voice on the device in the form of an EVP? Paranormal researcher Bruce Halliday explores this idea. 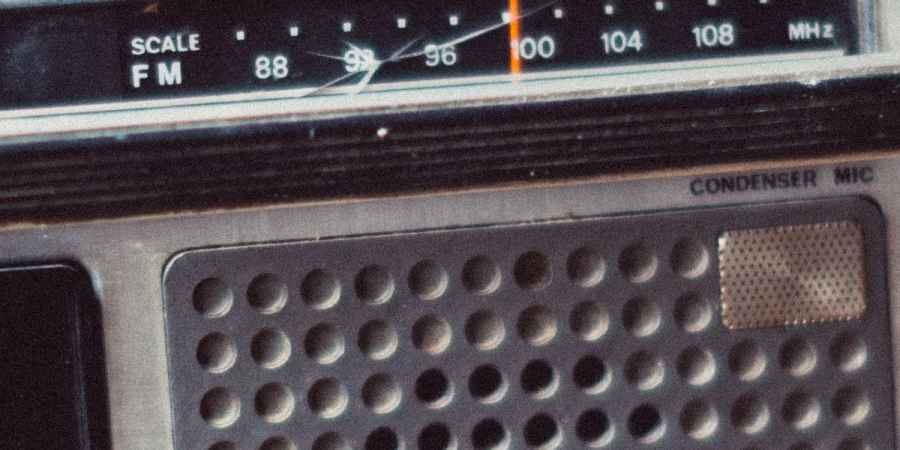 Photo: pixabay.com
According to my original theory that the communication heard through a Spirit Box or Ghost Box is formed by sound fragments being manipulated by the communicating entities in order to form words, it would be logical to think that a spirit that was not conscious of the Ghost Box or how to use it could not form and send communication non intentionally.
A Ghost Box is a device that enables the reception of radio signals and dices them up into small bits and pieces or fragments of sound by sweeping the chosen band at a fast enough rate so that the dial does not stop on any one station. The theory is that an entity will use whatever bits of radio fragments it needs to form words and sentences to facilitate realtime, live spirit communication between the researcher and a non-physical entity, presumably the spirits of disembodied human beings.
I do not believe that non-intentional communication would lay on the top of the sweep, this would necessitate the communication being placed directly onto the recording medium which would then make it traditional EVP rather than a direct Ghost Box communication. EVP, or electronic voice phenomenon is a method of spirit communication which involves capturing disembodied spirit voices on electronic audio devices. Normally this would be an audio recorder of some kind, but it could be any type of device, including a Ghost Box.
I also believe that no session can or does occur with out having a technician present to oversee the proceedings. If we entertain the idea of non-intentional communication, then we must be open to the possibility of a tech either being "absent" or being "silent" when this type of communication is formed and sent.
As for only needing an "open portal" for the non intentional communication to be sent we can assume that by "non intentional" we mean that the source of the communication is not aware of any opportunity to communicate and is not manipulating any supplied sound fragments from a Ghost Box. However if there are words being spoken and in turn received by us seemingly through the Ghost Box, this would rule out just having an open portal to send or receive communication and a conscious effort is being made to form and send communication.
If the communication needed only an open portal to be produced we would not be capable of hearing it with our physical ear in real time, I and others have experienced these type of messages that have been heard in realtime which tells us they where delivered via the Ghost Box and needed the device to be delivered.
The hypothetical situation of "non intentional" communication may be accomplished by a spirit simply speaking the word, phrase or sentence without the intention of sending communication, this action creates a type of energy that in turn would serve to bend or shape the audio frequencies and wave patterns that are received by the Ghost Box, this signal combined with the subliminal spirit energy as the two flow freely back and forth between the physical and spirit worlds via the portal that the Ghost Box creates, as the spirit speaks the communication the combined energies would then be returned to and delivered through the Ghost Box live during a session.
I have been thinking about this question since I realised the possibility, I am wondering if in fact our communicating friends are not just manipulating sound fragments but may have two separate methods of forming communication available to them depending on circumstance, it may even be possible that the communication is formed by a combination of methods like fragment manipulation as well as adjustment and/or bending of audio frequencies that are derived from radio signal, this bending method may occur due to the type and content of "spirit energy". The energy that is generated by the spirit may have the capability to manipulate frequencies and or non spirit energy on a subconscious level, let's entertain the possibility that by the act of subconscious thought on the part of a spirit, that spirits become capable of emitting energy that can independently manipulate the energy that it is encountering from the Ghost Box in session and therefore has the capability of creating sound in the form of speech that is delivered to us through the Ghost Box and has been sent by an entity that had no conscious knowledge of using the device to communicate.
These two methods of forming communication may be capable of being used separately or in tandem depending on the awareness of the sender. This could possibly explain both types of communication formulation. The entities that are sending intentional communication may have both separate methods and or the combination of the two available to them to form and send the communication.
The entity that is sending non intentional communication may be unconsciously utilizing only the frequency bending possibility of communication formation.
Since we can only speculate on how a non-physical spirit is able to produce a voice or if they can even speak as we understand the concept, we tend to associate a spirits speech with the way we understand our physical form of speech and the way we form and deliver it between ourselves as physical beings, we can not know how a spirit entity communicates with other spirit beings we can only rely on the knowledge we have developed on how they use a Ghost Box to communicate speech so that we can hear and understand it.

Bruce Halliday is a paranormal investigator best known for his pioneering work with the Ghost Box. With a passion for gaining a greater understanding of realtime spirit communication, Bruce dedicates much of his research to methods of instrumental transcommunication, including electronic voice phenomenon.
Add A Comment
Tags:
ghost huntingparanormalspirit boxes