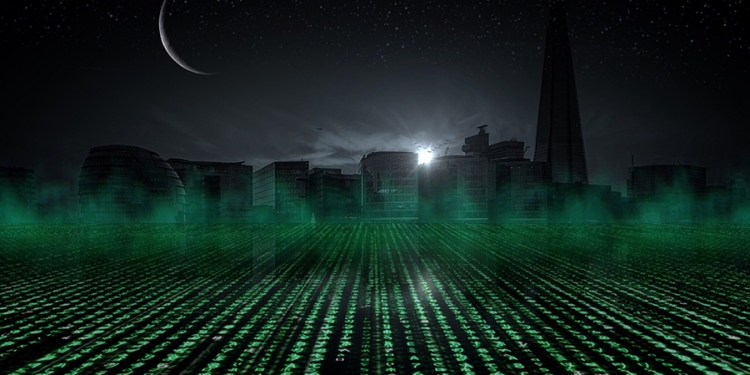 Photo: pixabay.com
There's a good chance that over the last few years you've ridden your horse across the wilderness in 'Red Dead Redemption' or played happy families in 'The Sims'. As games get more and more realistic, have you ever wondered if you could be nothing more than a character in a computer game?
It might sound like something out of the realms of science fiction, but actually this question has been taken seriously by scientists trying to workout our origins. It's called the simulation hypothesis and postulates that we could in fact be unaware of the fact that we are living in simulated reality.
The prospect that reality is an illusion dates back centuries, way before the days of computer technology, originally the idea of a simulation was likened to a dream.
In a 2003 paper published in 'Philosophical Quarterly', Nick Bostrom wrote in detail about our current interpretation of the hypothesis. He suggests that advanced societies will eventually have access to such huge amounts of computing power that they will be able to run detailed simulations of the universe, most likely their own ancestors. There's also the chance that we could be caught up in some huge simulation generated by a massive extraterrestrial computer.
The truth is, there's no way to know for sure whether we are real biological consciousnesses or whether we are a simulation. But, one team of scientists think they managed to stumble upon definitive proof that we are not living in a simulation.
Zohar Ringel and Dmitry Kovrizhi, theoretical physicists from Oxford University, feel that they have uncovered evidence shows that we can't be living in a simulation. The revelation was published in the 'Science Advances' journal and is based around the fact that simulating a certain sub-atomic phenomenon that occurs in metals is impossible.
The researchers were originally trying to create a computer simulation to model the quantum phenomenon, but found that it will always become unworkable. They found that as they added more particles that the complexity of the simulation increased exponentially.
Because of this exponential growth in complexity, the computer power required to run the simulation would have to grow exponentially as well, but they calculated that just storing the information about a few hundred electrons would require a computer memory that would physically require more atoms than exist in the universe.
This physically impossible amount of computer power is an obstacle that cannot be overcome and means we are almost certainly not living in an undetectable simulated reality.
However, that's not the end of the story. If we are in a simulation then we can't necessarily apply our laws of physics to the real world outside of the simulation. Zohar Ringel, the lead author of the paper wrote, "who knows what are the computing capabilities of whatever simulates us?"
There's also the possibility that the simulation runs on pure mathematical averages and that sub-atomic particles aren't actually being simulated until we look closer and observe them. This is similar to how computer games work. In order to maximise their processing power, your console doesn't generate the whole environment your character is in, just your field of view.
Could the fact we're in a simulation even explain the odd results we see in the famous "double slit experiment". Could the particles in the experiment be mathematical probabilities in the simulation until we observe the results and the computer is forced to make a decision about which slit the particle passed through?
If you're not familiar with the double slit experiment, then watch the video below and Dr. Quantum will explain all.
Add A Comment
Tags:
science