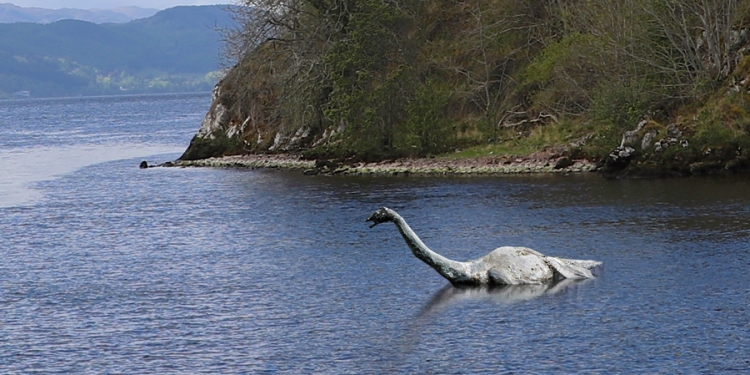 The age-old myth of Nessie seems to have been finally put to bed by a team of researchers who have used modern technology to identify exactly what lives in the waters of Loch Ness.
They found there is no elusive beast hiding in the murky waters and said that people might be seeing giant eels.
Following analysis of their data, they have found no evidence to suggest the presence of a large animal living in the lake, despite the frequent reports of a mysterious, huge, long-necked creature.
They also ruled out the possibility that the monster could be a prehistoric marine reptile called a plesiosaur, a large catfish or a wandering Greenland shark. The researchers say the most likely explanation for the repeated sightings is the presence of giant eels.
Nessie is a popular myth in Scottish folklore, with reports of the monster dating back to the sixth century and continuing to this day. More than 1,000 people claim to have spotted the beast and alleged photographs of the monster have been scrutinised by skeptics and believers alike.
Professor Neil Gemmell led the project. Its aim wasn't to search for a Loch Ness monster, but to improve knowledge of what plants and animals live in the loch. He said, "while the prospect of looking for evidence of the Loch Ness monster is the hook to this project, there is an extraordinary amount of new knowledge that we will gain from the work about organisms that inhabit Loch Ness."
The scientist, from New Zealand, collected DNA samples from the lake over a two-week period, and used new DNA sampling techniques to extract genetic code in order to determine the types of creatures that make the lake their home.
Professor Gemmell, who works at the University of Otago in Dunedin, has always been skeptical about the existence of a Loch Ness monster, he said "people love a mystery, we've used science to add another chapter to Loch Ness' mystique. We can't find any evidence of a creature that's remotely related to that in our environmental-DNA sequence data. So, sorry, I don't think the plesiosaur idea holds up based on the data that we have obtained."
The technique allowed the team to capture and analyse tiny organic fragments left behind by creatures as they swim through the water. This can be anything from skin or scales, through to decaying remains.
The genetic samples were sent to labs around the world in New Zealand, Australia, Denmark and France, where they were compared to a huge database of DNA. The professor said, "there is a very significant amount of eel DNA."
Although they were able to identify the existence of ills in the loch, the data doesn't reveal their size. So, how do we know if they are giant eels?
Gemmell says, "the sheer quantity of the material says that we can't discount the possibility that there may be giant eels in Loch Ness. Therefore we can't discount the possibility that what people see and believe is the Loch Ness Monster might be a giant eel."
Tags:
unexplainedsciencescotlandcreatures