This article explores whether a mobile phone has the technology built in to replicate the detection methods used by actual physical ghost hunting gadgets. Whether or not a phone can mimic a ghost hunting gadget is only really part of the question. The bigger question you should be asking is... can any piece of technology detect a ghost? 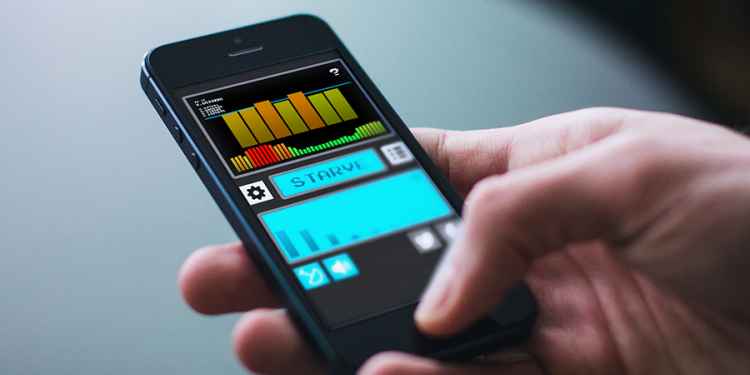 Photo: pixabay.com
The types of ghost hunting gadgets used by paranormal investigators can be expensive, some devices can cost hundreds of pounds. There are a growing number of mobile phone apps that claim to be able to do the same thing as these gadgets, but at a fraction of the cost or even as a free download.
The question is, can these app versions of ghost hunting tools duplicate the functionality of physical ghost hunting devices? Many who put their faith in gadgets are quick to suggest that mobile phones lack the hardware and sensors to detect the same things as purpose-built devices.
However, this is not necessarily true. Mobile phones have a surprising array of sensors, some of which you'd never expect to find inside of a phone. To get an idea of what these sensors are and how accurate they are, you can download an Android app called SensorLab, which shows realtime data from the phone.
The app has access to all of the device's sensors, this includes things like GPS location, sound level, light meter, memory usage, step counter, and network usage and strength, but these aren't the interesting sensors, the ones which can approximate ghost hunting gadgets are:
• Battery temperature, current and level
• Humidity
• Pressure (hPa)
• Magnetometer (x, y and z axis)
• Compass (azimuth)
• Accelerometer (x, y and z axis)
• Gyroscope (x, y and z axis)

Photo: © SensorLab
The battery temperature sensor can be used to approximate the ambient room temperature. When combined with the humidity and pressure sensors, you have the main sensor types used on a whole array of ghost hunting gadgets including Mel Meters, second generation REM-Pods and EDI meters. All of these and many other devices alert the user to sudden changes in temperature, humidity and pressure. To some extent a phone can do the same. Of course this varies by make and model, but using SensorLab will allow you to check how sensitive and responsive your phone sensors are.
Temperature, humidity and pressure are the primary sensors used in electronic speech synthesis devices like the Ovilus series of devices, and the Poltercom, which work as either random word generators, or by generating random sounds using a bank of phonetic sounds or word elements.
Supposedly spirits are able to manipulate these sensors (sometimes along with an electromagnetic sensor) and affect the random nature of these devices to cause them to speak out the word they want to communicate, or to form the words they are trying to communicate using the bank of sounds.
Although phones don't have a dedicated electromagnetic sensor, it can measure similar energy, in fact arguably more relevant energy fields. Handheld EMF meters are used by paranormal investigators who believe that electromagnetic emissions indicate the presence of a spirit.
The connection between spirits and EMF is based on the fact that the human brain uses tiny electronic impulses to send signals around our bodies. This can perhaps live on outside the body after death. However, an EMF meter can only measure alternating current (AC) electromagnetic fields, these are the types of fields emitted by man-made sources such as electrical wiring or appliances.
As the science behind ghosts and electromagnetism is unsubstantiated, there's no reason to assume that a ghost can't emit a DC field, in fact it makes more sense than it having an AC field, like the type produced by man-made electrical currents.
A phone has a magnetometer and/or compass, both of which measure direct current (DC) magnetic fields, which occur naturally in Earth's geomagnetic field. A magnetic field is different to an electromagnetic field, but an EM field can effect the magnetic field the phone detects. So, the device isn't actually picking up on the potential electromagnetism of a spirit, but the spirits effect on the natural magnetic field in the environment.
Phones also have an accelerometer and a gyroscope, this allows them to detect very small movements and the phone's orientation. This makes it able to very accurately replicate the functionality of a geophone. This type of device is not that common as a standalone gadget, but the EDI+ multi-tool has a geophone function built in.
A geophone triggers if it detects the slightest vibration on the surface it is placed on - this could be a footstep, or a knock or bang. A phone is also able to detect these same tiny vibrations using its sensors, and this is something that works well as part of a ghost hunting app.
Although your phone can detect these things, it's never going to be better than a physical device - at best it could be as good as, but in order to put your trust in mobile phone apps, you really need to have faith in their physical counterparts, many of which are just as questionable as the apps themselves.
Mobile phones can definitely be useful on ghost hunts, modern phone cameras are very high quality and are exceptionally good at taking photos in low light conditions. If you choose to use one on an investigation, be sure to turn off the flash as this will decrease the chances of catching dust particles in photos/video which can be mistaken for orbs.
Another app that is perfectly acceptable to use on a ghost hunt is the audio recorder, which is a standard feature of most phones. This will allow you to record an audio log of your investigation and is just as good as any digital audio recorder in the case of most phones - it can even be used to conduct EVP sessions.
Add A Comment
Tags:
paranormalghostsghost huntingapps