Does Paranormal Activity Happen More Frequently To Those Who Believe?

Are people who believe in the paranormal and the possibility of ghosts more likely to experience strange activity? ...and what does all this have to do with sheep and goats? 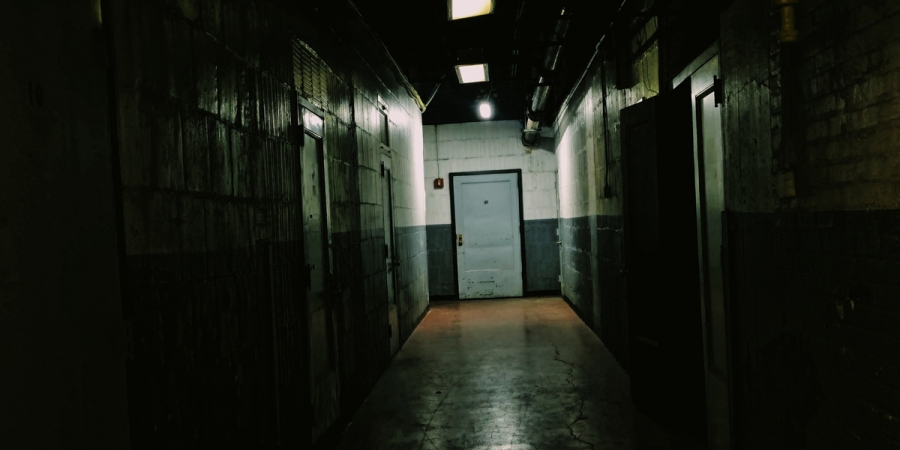 Photo: © Andy Henderson
If you're a skeptic and you've been on a ghost hunt, then you may well have been told "you'll never see a ghost with that attitude," but is the statement true?
The American parapsychologist, James Houran, says that suggestible people are more likely to have experiences that they might interpret as paranormal phenomenon.
He speculated that if suggestible people are in the sort of scary-looking locations where ghost hunts are hosted, they may be in a hyper-vigilant state and attribute the smallest of happenings to a sign of ghostly goings-on.
These perceived experiences are likely to cause the ghost hunters to become more aware of their surroundings and exhibit even greater hyper-vigilance, resulting in them picking up on even more of the otherwise mundane things happening around them. It's like a self-fulfilling prophecy.
So, does this mean it's all in believers' heads?
Well, in parapsychology it is known that believers are more likely to experience strange goings on when it comes to certain aspects of the paranormal. It's called the Sheep-Goat Effect and more closely relates to psi phenomenon such as extrasensory perception (ESP).
The term was coined by Gertrude Schmeidler, a professor of psychology at the City University of New York, in 1942. She categorised the volunteers taking part in her ESP experiments as either "sheep" or "goats". She called those who believe in psi "sheep" and those who don't "goats".
The researcher asked her volunteers to attempt to identify the image on the faces of a deck of concealed Zener cards. The cards have five different images on them, a cross, a square, a circle, a triangle, wavy lines and a star, there are 25 cards in a deck. So if you picked at random, you'd expect to get one in five right on average. That's five correct guesses out of 25, this is the mean chance expectation (MCE).
But Schmeidler found that 'sheep' achieved significantly higher success than you'd expect from chance, averaging 5.23 correct guesses, while 'goats' had significantly less success than chance with a mean of 4.93. Schmeidler's results have since been confirmed by many other researchers, some also using Zener cards as well as other methods of testing ESP.
Mario Varvoglis, the former president of the Parapsychological Association, conducted his own review of these experiments. He stated that "skeptics are justified in stating that those who believe firmly in psi will tend to see its occurrence everywhere, even to the point of confusing their own interpretations with the actual events."
It's clear to see how this might also relate to haunting phenomenon and that statement 'you'll never see a ghost with that attitude'. Especially when Varvoglis adds, "disbelievers will also tend toward the complementary fallacy, always finding some so-called 'rational' explanation for a psi experience, even when it happens to them."
Is this once again suggesting that it's all in the minds of ghost hunters? Well, possibly not. Varvoglis continues, "the Sheep-Goat Effect suggests that the differences run deeper than mere interpretation: one's attitudes toward psi affects the likelihood that such phenomena will occur in the first place."
Varvoglis explains that the more an individual rationalises their experiences, the less chance such phenomena will emerge, let alone be witnessed by them. Whereas, the more someone is open to psi experiences, the more likely the world will 'respond' by creating such experiences.
If the Sheep-Goat Effect is also true of ghost hunting and haunting phenomenon then entering an investigation with an open mind and an expectation that something is going to happen could be the best approach.
However, it's not as simple as that as there are plenty of accounts of non-believers experiencing paranormal activity, despite the fact they weren't a believer and were in no way open to the possibility of seeing a ghost or experiencing haunting phenomenon.
James Houran has conducted several experiments to try to understand how people's belief in the paranormal affects the activity they experience. In one such experiment he asked two groups of people to walk around a disused building, which was carefully selected to ensure it had no existing ghostly reputation.
One group was told the building was undergoing renovation work, while the other group was told that the building is haunted. After their tour of the building, both groups were asked to report how they felt in the building and describe any unusual sensations.
The group who believed the building was haunted reported more strange goings on, while the other group experienced nothing unusual.
Is this an example of the Sheep-Goat Effect in action and as such the paranormal phenomena is more likely to occur for those who believe the building is haunted? Or was one group simply primed to be extra vigilant in spotting weird goings on?
Tags:
paranormal