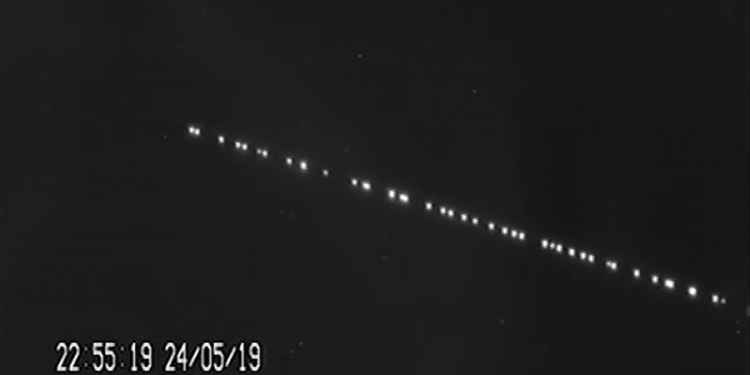 Photo: youtube.com
Elon Musk is known for many things. Being head of both Tesla, the electric car company, and SpaceX, the space rocket and exploration company who famously blasted a Tesla car complete with ‘astronaut' into space in February 2018. He also called one of the British divers who helped rescue that Thai kids football team from flooded caves a paedo, but we'll skip over that.
His latest venture is causing a fresh wave of UFO sightings to spark off around the world. To find out why, we take a close look at the new satellite network he's currently creating...
One of the abilities of owning your own space rocket company is, in addition to getting customers to pay you to carry their satellites into orbit, you get blast your own satellites into space carrying whatever you like. Elon, and his team of planet-brain sized nerds have decided they're going to create their own satellite-based internet service which will offer superfast access to the net from anywhere in the planet using a pizza box sized terminal.
In order to provide the service Space X are in the process of launching a total of 12,000 satellites by the mid 2020s, with a possible future extension to 42,000 satellites.
That's a lot of satellites that need launching – and thankfully as each satellite only weighs the comparatively light weight of 227kgs, it means you can launch 60 every time one of Elon's Falcon 9 rocket blasts into space.
As the satellites are released they form a stream, or train, which can be visible to the naked eye on Earth as a series of bright, star-like objects all moving silently, in line, through the night sky. If you're used to the occasional shooting star, single satellite or high altitude plane, this regular stream of objects can be unnerving.
Reports have come in from around the globe of scared or confused viewers of the night sky, apparently scared that this makes the beginning of an alien invasion. Whilst this is clearly not the case, some astronomers are up in arms about the satellites.
The reason is that a sky swarming with multiple satellites in low-earth orbit, all reflecting light from the sun, means the job of observing the planets and stars in deep space could be made far more difficult, if not impossible. Musk, the techno-entranced billionaire brainiac has stated that Space X will paint satellites in future will be painted with a low-reflective light-absorbing paint.