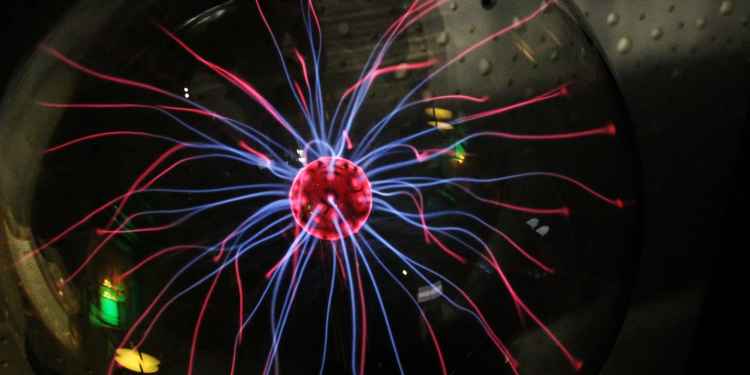 The word "energy" gets used a lot during paranormal investigations, but does this use of the word have any connection to the scientific understanding of the term, if so, how?
Often people will talk about investigators having a positive energy which spirits can use to manifest or produce signs they are present. You may have also heard that people with negative energy can put a damper on paranormal activity.
This use of the term energy really just refers to positive and negative "vibes". In the case of paranormal investigations it's about someone's willingness to be enthusiastic, to get involved and to call out to the spirits and encourage them to engage with you.
It's said that certain people radiate positive energy, and others negative energy, but this sort of energy is merely a metaphor and bears no resemblance to "energy" in scientific sense of the word. It's just people appropriating technical terms for emotional states.
While we are able to detect certain some energy from the human brain, in the form of electrical impulses, there's no scientific instrument that can detect either positive or negative emanating from the human body.
However, there is one thing that can detect and interpret this energy, and that's our bodies. A lot of what people interpret as positive and negative energy is really just sensory input that we process unconsciously. When we get a "vibe" from someone, we're simply reading their body language, attitude and posture, and many other intangibles. You may not be aware of these factors, but this is what forms your emotional reaction to a person.
For most people, the human subconscious is really good at reading the body language of other humans. We've all experienced that situation when we walk into a room where an argument has just taken place and, although the disagreement is over, we're able to pick up on negative vibe and just know that those in the room have been arguing.
The tension that you can cut with the proverbial knife is very real, but it's an emotional experience inside our own heads based on how we observe people's behaviour, not an active field of energy. When this is done on a subconscious level, our conscious minds aren't thinking about the tensed muscles of the other people, the jaws clenching, or the other subtle movements the others are making that show their distress. Our subconscious mind takes these clues in and gives us a weird feeling, a vibe.
An easy thought experiment you can try is to imagine walking in to that same room if you were deaf and blind, do you think you'd still be able to pick up on that negative vibe? It should be clear that you're being affected by the things you're sensing through your five senses. Unless of course of you are clairsentient or have psychic abilities, but there is not provable scientific understanding of how this works and it wouldn't rely on conventional energy.
As for what gives people either an outwardly positive or negative vibe depends on their past, their mindset, their dominant thoughts, and their perception of the world. Sometimes that vibe is outwardly obvious, and other times it can be much more subtle and internalised.
Positive people tend to be happy, fun-loving, caring, compassionate, thoughtful and supportive. Spending time with a positive person may make you feel relaxed, at ease, safe and happy. Their demeanour is welcoming.
On the other hand, those with a negative mindset and can unhappy, critical, judgemental, impatient and thoughtless. When in their presence you may feel on edge, anxious, unhappy, insecure. Their demeanour is off-putting and standoffish.
That's why on a ghost hunt it is important that you are radiating positive energy, after all the spirits around you are likely to be just as able to pick up on a negative, standoffish vibe and be drawn towards communicating with those who are positive and welcoming.
We all have our off days, but simply put, positive energy is a group of positive attitudes, emotions, and thinking patterns. So, if you're feeling restless, agitated, tired or nervous before an investigation, you may need to take some time out to focus your thoughts and change your outlook.
It is also said that a location or haunting case can have a lot of energy. Again, this isn't energy in the scientific sense, but instead refers to activity. If a location has a lot of energy, then it is very active. The term energy is used in the same was as you might call a lively child energetic. This is not an actual scientific measure of energy.

Energy In Relation To The Paranormal

In physics, energy is a measure of work or potential, that in accordance with the law of conservation of energy, cannot be destroyed or created, only transferred or converted. By "work" we mean when a force causes any form of movement or state change such as heating, melting, evaporating or changing its shape. For example, when we boil a kettle, electrical energy causes the kettle's element to heat up, converting electrical energy to thermal energy. This energy is then transferred into the water making it hot and causing it to boil.
The human body requires energy in order to energy to function. We get our energy from food in the form of chemical energy, which is primarily stored in carbohydrates, fats, proteins and ethanol. The energy content of food is measured in kilojoule (kJ) or more commonly calories. The more calories there are in a meal, the more energy you will have to move, think and exist.
When we eat, we normally consume more than we need to keep us going for the day. The body stores that energy as carbohydrates and sugars, like glucose. If we have an excess of energy in or system, the body stores it for a longer term in fats and oils called lipids.
Where this becomes relevant to the world of the paranormal when trying to determine how paranormal activity can occur. If a spirit knocks on a surface, then this is a transfer of energy. In the case of a human knocking on a surface, the potential energy stored in our cells is converted to kinetic energy in order to perform a mechanical movement. The action of our knuckles tapping the surface causes it to vibrate, which in turn vibrates the air around it creating a sound wave which we can hear.
When it comes to ghosts and hauntings, especially poltergeist hauntings, we need to question how something without a solid, physical form can transfer its energy into sound and movement, bearing in mind it doesn't have potential energy stored in cells like we do. Even if a ghost did have a means of storing and using energy, what would the source of its energy be? Do ghosts eat?
Due to the psychology and the emotional connotations of the term, it's often assume that negative energy is bad because that's what we associate with the word "negative". However, in science positive and negative energy is more about balance and the differences between amounts of energy.
Can negative energy exist in the universe in the scientific sense?
Hypothetically the answer is yes, however we've never encountered it and how likely it is that negative energy actually exists in our universe is still unknown, but the term negative energy is a concept used in physics to explain the nature of certain fields. The term negative is most frequently used when talking about attraction, which is of course most relevant when describing the effects of gravity.
The universe is very good at balancing itself out. For example magnets have two poles, and electricity flows between negative and positive. Negative energy is simply the exact opposite of ordinary energy and would move in the opposite direction from its momentum and accelerate in the opposite direction of an applied force.
All this confirms that negative energy, in the scientific sense is no different to positive energy, we just happen to live in a universe made up of positive energy, and our positive energy is attracted to negative energy. There could be other dimensions or realities where this is flipped and negative is dominant.
Although not strictly negative energy, this can be observed in this reality in our daily lives. Electricity is negative energy in the literal sense. It is a flow of negative particles called electrons, which are drawn toward the positively charged terminal. Despite being negative in nature, electricity is the lifeblood of our modern-day lifestyles.
In more speculative theories, negative energy is involved in wormholes, where it is needed to keep the wormhole open. If there was an equal amount of positive and negative energy then there would be zero total energy. Negative energy, if it exists, could potentially be used to stabilise wormholes.
As a wormhole directly connects two locations which may be separated arbitrarily far apart in both space and time, stabilising wormholes could offer near-instantaneous travel between them.
Negative energy would also warp spacetime in the opposite way from ordinary matter meaning that it may enable a a theoretical principle for a faster-than-light (FTL) warp drive for spaceships.