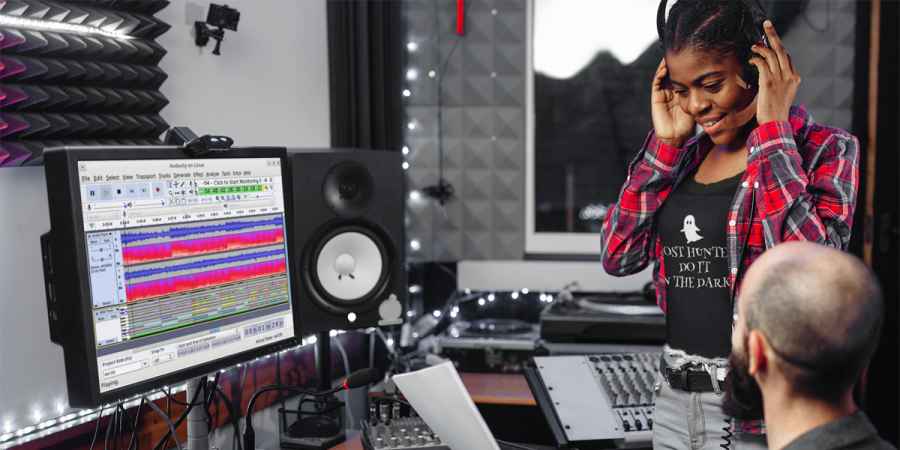 Electronic Voice Phenomenon (EVP) are the mysterious sound of disembodied human-like voices of unknown origin that are heard through electronic devices. They are usually heard in the form of sounds imprinted on an audio recording or through radio noise.
Unlike a lot of evidence of the paranormal, it's common practice to grade voices captured as EVPs. There is one commonly agreed upon classification scale with defined requirements to help investigator's determine which category of EVP they've captured, but there are a few well-known scales you can choose from.
Instrumental Transcommunication (ITC) is an umbrella term which refers to all forms of spirit communication using any kind of electrical instrument, this includes EVPs. According to the Association TransCommunication (ATransC) any form of ITC can be split into two types:
Type 1: Transformative - manipulation of dissimilar sounds
Type 2: Opportunistic - selective use of existing voices
These two types of EVP actually have more to do with the environment the EVP was captured in rather than the voice recording itself.
Type 1 EVPs are transient sounds of a pitch matching a human voice that spontaneously appear amongst background noise or sounds of a differing pitch. This could be the sound of a voice coming through amongst the hiss or hum that is the ambient sound of the room, or a voice at a similar tone to a human voice heard amongst white noise.
Type 1 EVPs are thought to be voices made up of background noise that has been transformed. Random and chaotic background noise is manipulated, its pitch is changed and words are formed from the ambient sounds. This would cover most EVPs captured on a paranormal investigation, including those captured on audio recorders whether using additional noise generation or not.
Type 2 EVPs are defined by the presence of a smiliar sound that the voice appears within. Rather than being chaotic noise, the base sounds are already human voices and the EVP is made up opportunistically by using existing words or word parts to form new words or sentences.
For an EVP to class as Type 2, it must have been captured using a device that has voices being input in to it. This could either be via the device's microphone or another audio input, or via a radio modulator (AM or FM) in the case of a Spirit Box.
The input sound that is being used to form the EVP could include a conversation taking place in the room or someone talking on the radio. It could also be pre-recorded voices that are being played in. It's a fairly common technique for EVP researchers to use audio tracks featuring chanting, foreign language, or abstract voices during EVP sessions. The same method is also employed by electronic speech synthesis tools, like the Ovilus and Echovox which spew out the random phonics that make up words.
Each of these two type is divided into subclasses, and it is these which is most commonly referred to by paranormal investigators. You may have heard a ghost hunter say that a capture is "Class A EVP" for example. There are a few different scales used to classify EVPs, which are listed below.
All of these scales categorise EVPs as class A, B or C. With class A being the best quality or less objective. Class A EVPs are much stronger evidence than class B or C. Class C EVPs are generally not easily heard or understood, therefore it's difficult to determine whether the voice is of paranormal origin or not.
Generally, class A EVPs are clear to hear without explanation, while class B EVPs may require direction. Class C EVPs are vague and mostly obscured by noise.

Konstantin Raudive was the first prominent EVP researcher to attempt to categorise the voices he captured into three classes of audibility. He described the scale he used in his 1968 book, 'Breakthrough: An Amazing Experiment in Electronic Communication with the Dead', which was printed in English in 1971.
He wrote, "this grading and my comments are but a rough guide in the present stage of our approach to the psycho-acoustic aspect of the investigation."
Raudive's scale was not widely adopted, but is a forerunner to more popular EVP classification methods. Raudive ranked EVPs based on the ease of hearing the voice, later classification systems would take in to account the context of the words spoken by the voice.
Raudive wrote that most of his recordings fell into Class A, he noted "it is easy to make tape copies of 'A' voices, and they can be repeated as often as desired. Thus, I have analyzed roughly 25,000 voices according to speech content, language and rhythm. By this method of repetition, the acoustic reality of the voices can be established beyond doubt, and hallucinations of the ear are excluded."
As Raudive points out, Class B voices can be harder to identify and suggests that practice analysing EVPs might help, "the ability to differentiate increases with practice, but this is a slow and wearisome process. For this reason it is difficult to use non-regular participants for experimental purposes with class 'B' voices."

The Raudive Scale was soon replaced by a classification system that was clearer and took into account filtering and amplification where needed. The first iteration of this system was first popularised in Sarah Estep's 1988 book, 'Voices of Eternity'. The scale became a global standard for EVP classification.

Contrary to Raudive's scale, the majority of the voices that Estep captured fell in to the Class C category. However, like Raudive's scale, Estep's system soon became outdated and was updated by the American Association of Electronic Voice Phenomena (AA-EVP). The Association's system of classification was based on the quality and clarity of the EVP, it also aimed to remove subjectivity, something previous classification scales hadn't attempt to tackle.

Although the AA-EVP's classification are commonly used still, today the most widely used and accepted classification system is the KM EVP system. It is named after EVP researchers, Doug Kelley and Jari Mikkola.
Kelley and Mikkola's system is more useful when it comes to rating not only the quality of the EVP recording, but also the message contained within it, as this is where any evidence to support paranormal contact will lie. Their scale takes things a step further than the previous classification methods by taking into account the context of the message, how meaningful it is, and how easy it is to comprehend.
Tags:
evpparanormalghost hunting