Mythical Creatures From Folklore That Live In And Around Your Home 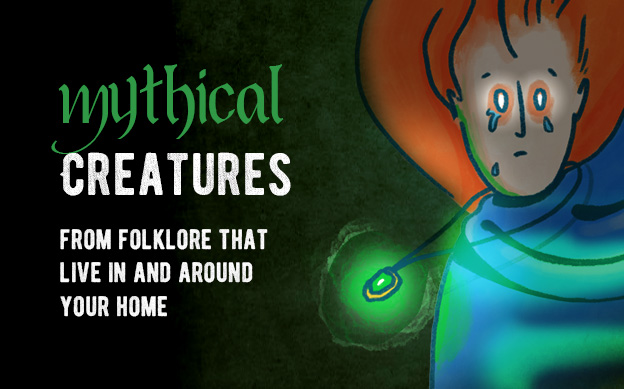 For centuries the long, rich heritage of folklore has passed on many stories and tales. Dragons, trolls and elves are probably the first things that come to mind.
But did you know that mythical creatures may well have a place in your home? All around the world, folklore tells stories of home-dwelling spirits with modern cultures still regaling others with the lore and superstitions that have been passed down over centuries. Some home spirits can be a joy to have. Others can be not quite as pleasant.
Climadoor bought these creatures to life with these illustrations of house spirits from world cultures. Read on to find out more about who you might be sharing your house with... 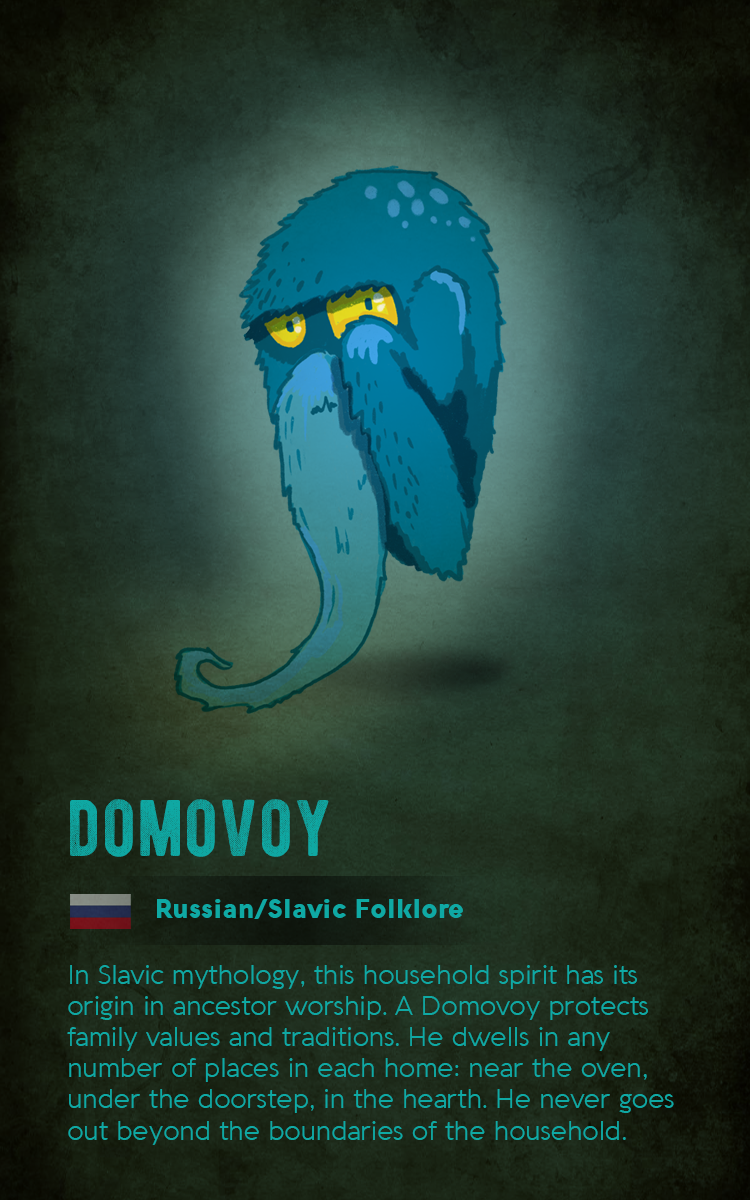 Originating from Slavic mythology, the domovoy is a household spirit that goes by many names. It is a guardian of the family and will protect your wealth. But the domovoy doesn't just offer its services to any old family. The domovoy prefers to protect those that are hard-working, good-spirited and dedicated. The domovoy will also take special care of children and animals in your home.

Sounds nice, right? Domovoy can be angered and when this happens, they may cease to carry on protecting the home. Your animals may fall sick as a result and you may hear bumps in the night and grating noises. You can appease the domovoy by getting back on the right track with hard work and virtuous behaviour, though. They are said to be able to foresee the future and the noises they make can be inferred as a sign of good or bad things on the horizon. Listen closely! 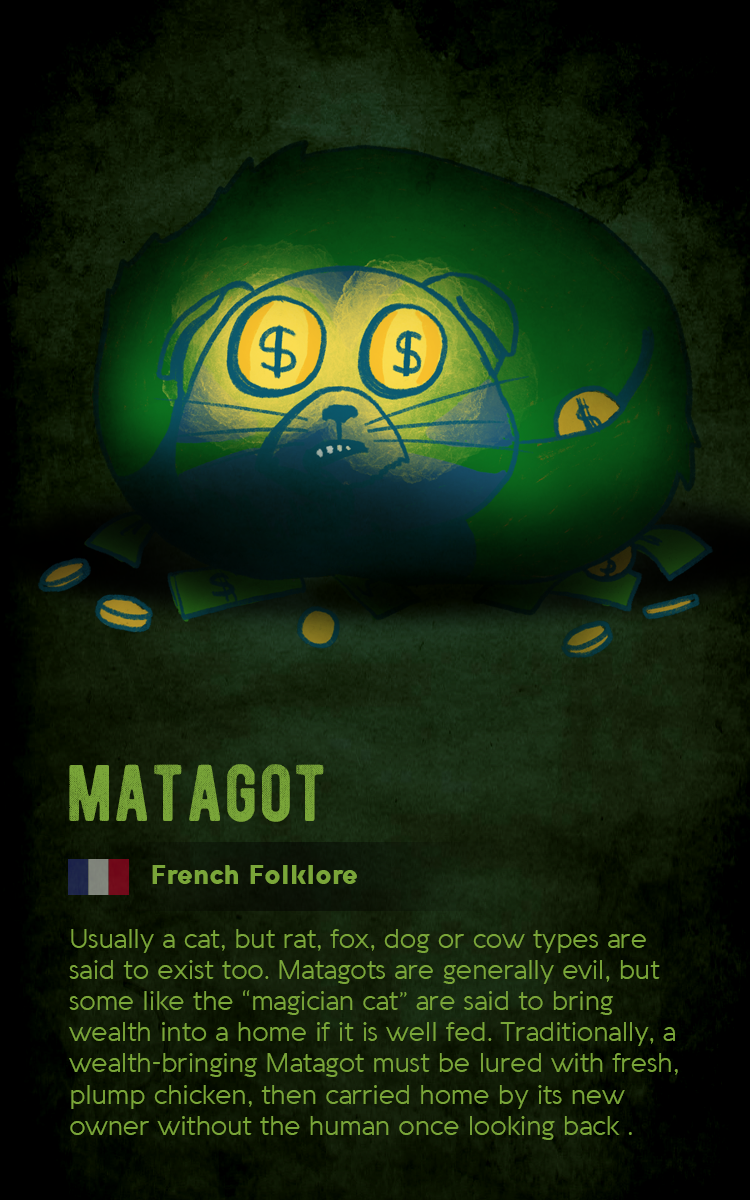 The inauspicious nature of the black cat is a running theme throughout global lore. But in France, the Matagot can be an extremely virtuous mythical creature to have in your home…if you play your cards right. Most often in the form of a black cat, the matagot, or mandagot, can also take the form of a fox, cow, rat, dog and more. So how do you try your luck with a matagot?

You can tempt a matagot to you with a fresh, plump chicken. Once it's taken the bait, grab it and carry it home. But if you look back, even once, then your luck will run out. If you manage to get it back to your home under those conditions, you must then feed your matagot the first mouthful of any meal you have and let it drink first too, it will shower wealth upon your family home in return. 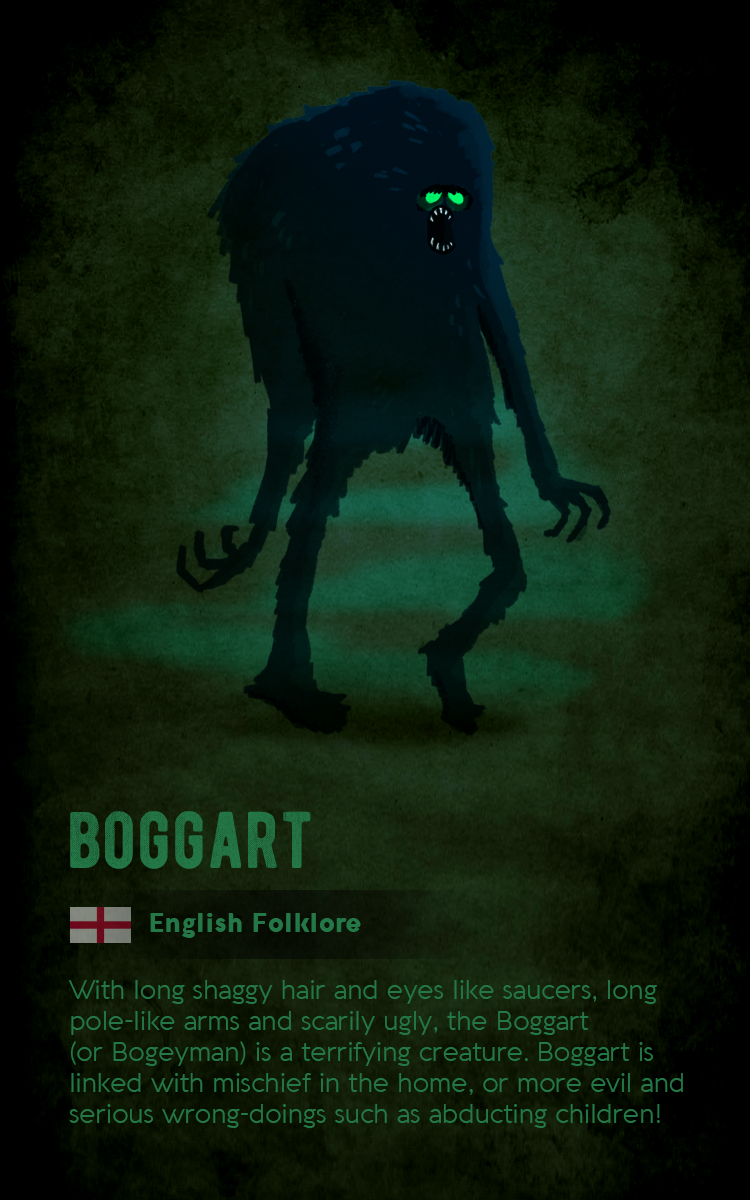 The Boggart, more commonly known as the Bogeyman, is a well-storied mythical creature. A boggart is never nice and is always seeking to cause mischief or in more serious cases, cause great harm. Boggarts have been made globally famous in recent years due to their 'appearance' in the Harry Potter novels and films. However, J.K Rowling made them shapeshifters which diverts from British folklore as their appearance is constant.

Said to have thick, shaggy hair, and big, deep eyes, the boggart also has long , spindly arms and an appearance so ugly it will strike fear into your heart. Belief dictates that if you are to see a boggart, you should never ever give it a name. Once it has a name, it may never be reasoned with and can go on to become very destructive. Boggarts have been known to be a mild annoyance in the home, from stealing food and souring milk, to extreme criminals, committing offences like abducting children. 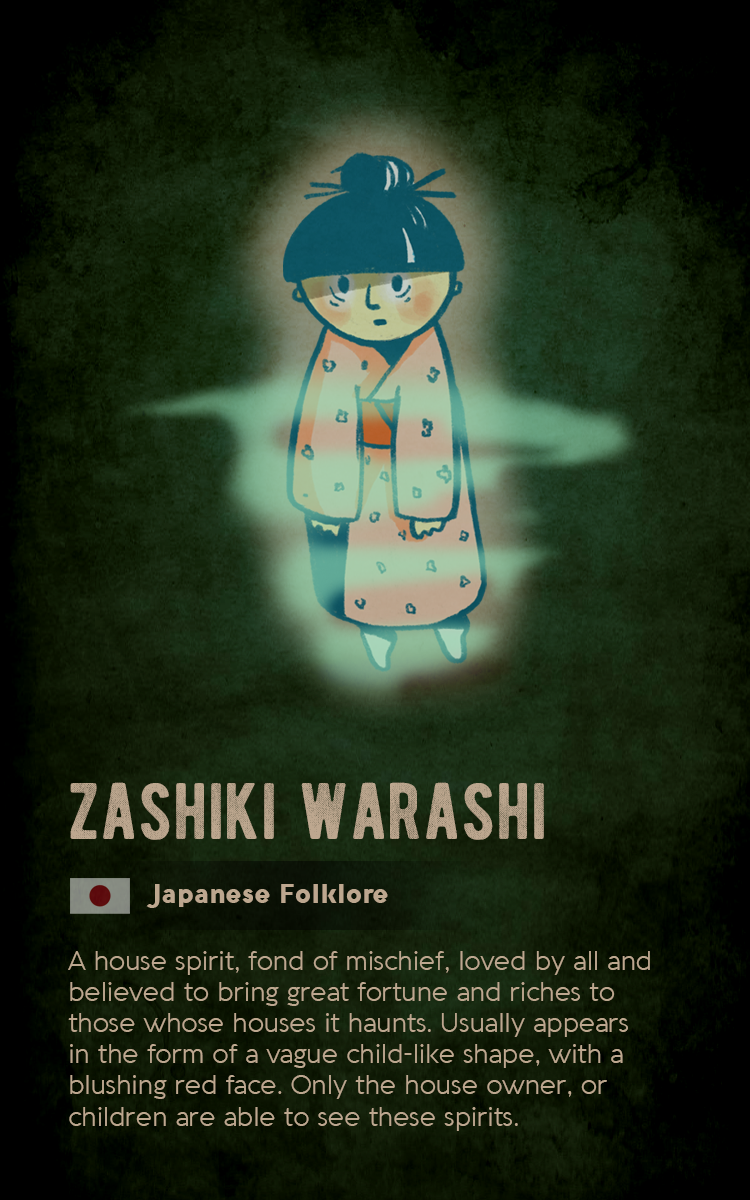 Zashiki Warashi
Hailing from Japanese folklore, Zashiki Warashi is a house spirit loved by all. Presenting itself as a small child around five or six, with ghost-like qualities, they are drawn to the children of the home, and can only be seen by the owner of the house and the children. Don't worry though, they like to have fun! They'll sing songs, play games and they act as guardian spirits that bring good luck and wealth to the house.

Zashiki Warashi will be wearing traditional garb. If it's a boy, they'll be wearing warrior outfits and the girls will have classic patterned kimonos. If your house is well looked after, old, and large, they're more likely to appear. As children, you can expect them to cause a little bit of mischief too but keep them on your side with gifts and sweet treats. It is said that if they were to leave you, your house will fall into a fast decline. 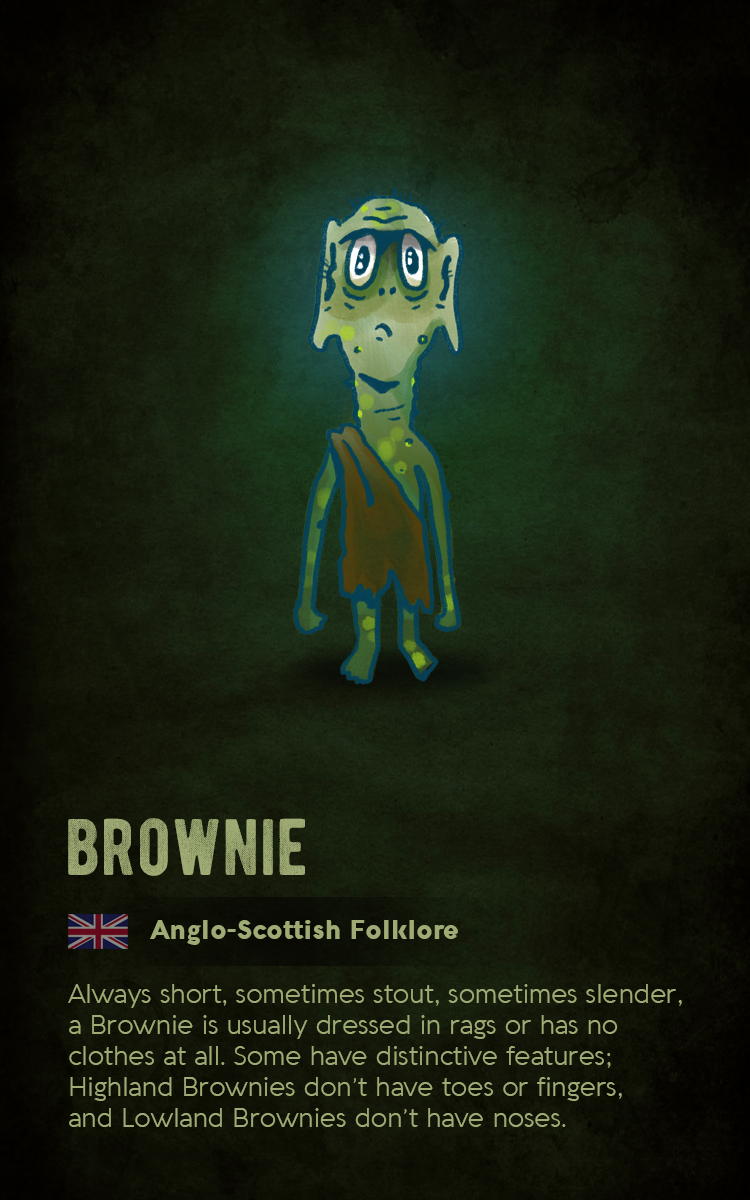 Back to the UK for another house creature with ties to Harry Potter. J.K Rowling was said to have gotten the inspiration for Dobby the House Elf from the folk tales of Brownies in Northern England and Scotland. Brownies are handy to have around as they are said to come out at night and help you with your menial house chores whilst you sleep. They tend to be quite ugly, wearing old and ragged clothes, and they are very small. Like the size of a small child, these little creatures do have a dark side to them.

Brownies are said to be very easily offended, and if this is to happen, they can transform into a boggart. That helping hand around the house can turn into a walking nightmare if not treated well. 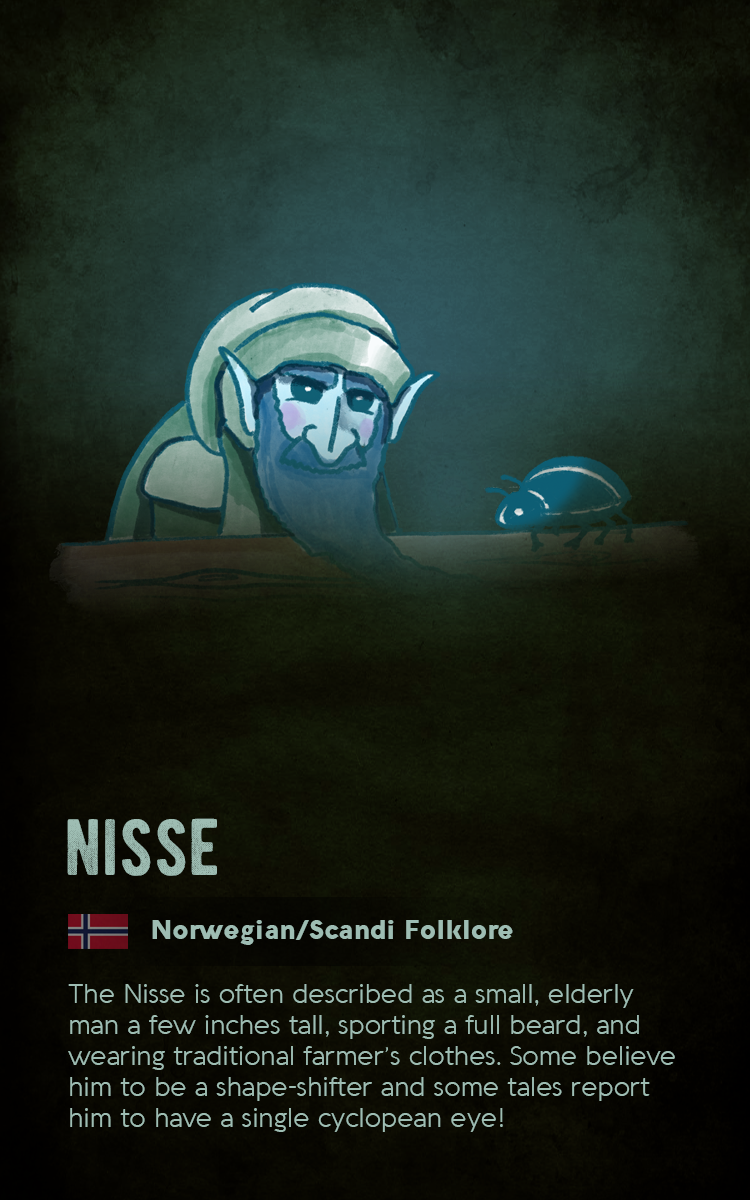 The Nisse is a facet of Norweigan folklore that we may know more commonly as a Christmas elf. Nisse will watch over your home or farm, getting involved with the housework and even looking after your animals, just like the domovoy. Nisse are very self-sufficient too. They do not work for rewards and simply ask for the homeowner's trust and respect. There is one price you have to pay, though. A bowl of porridge with butter on Christmas Eve. If you do not meet these requirements, Nisse will up and leave and your house or farm will fall into hard times without the extra help.

Representations of Nisse crop up all the time around Christmas, but other reports say that the may have a cyclopean eye instead of two, they'll be wearing an old, raggedy farmer's tunic with a long and hearty beard. 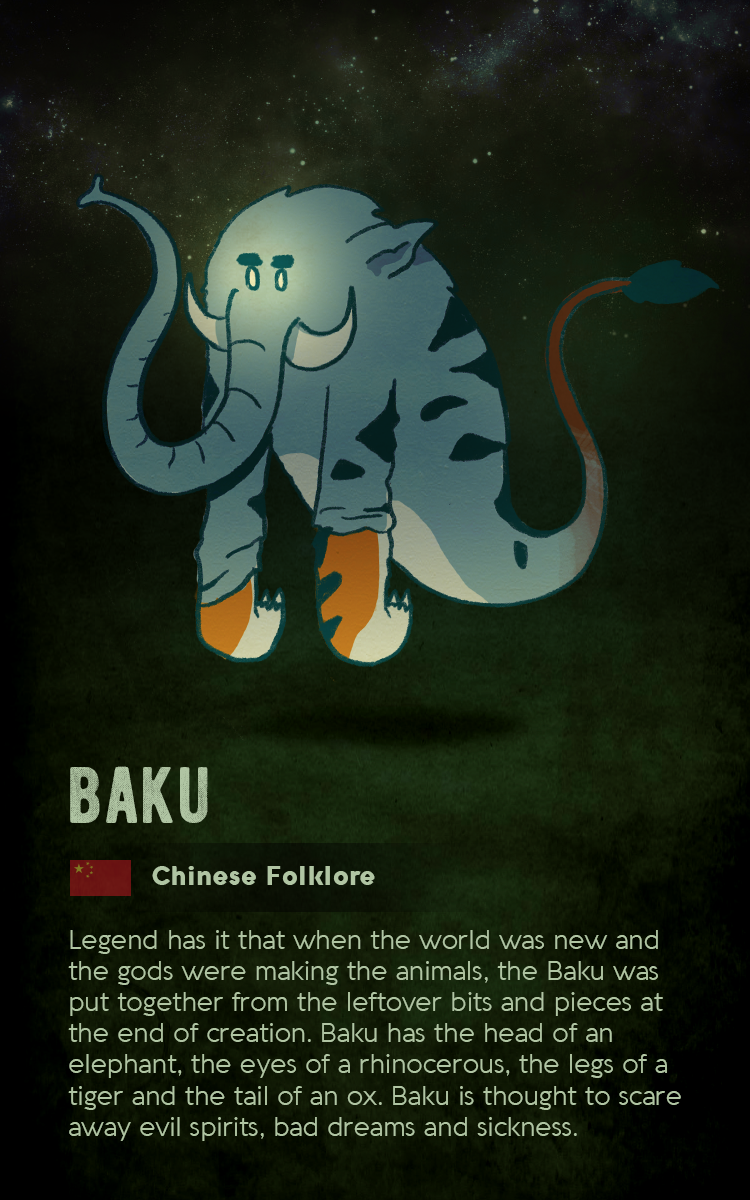 The Baku can be found in Chiense and Japanese culture, dating back to the 17th Century and beyond. They are said to 'eat your bad dreams'. If a child was to experience a nightmare, they would put their face in their pillow and say 'Baku-san, come and eat my dreams' three times. If the baku granted your request then it would appear in your room and devour your nightmare. However, there is some risk attached to this. If the baku is hungry for more, they may decide to eat more dreams - and not just the bad ones. This means that the baku may eat your hopes and aspirations, so summon with caution.

Baku are a great example of chimera. Varying reports say they have the head of an elephant, the tail of an ox, tiger legs, rhinoceros eyes and the body of a bear. The legend behind this is that the gods took the leftover parts of animals they had created and put them all together to make the baku. 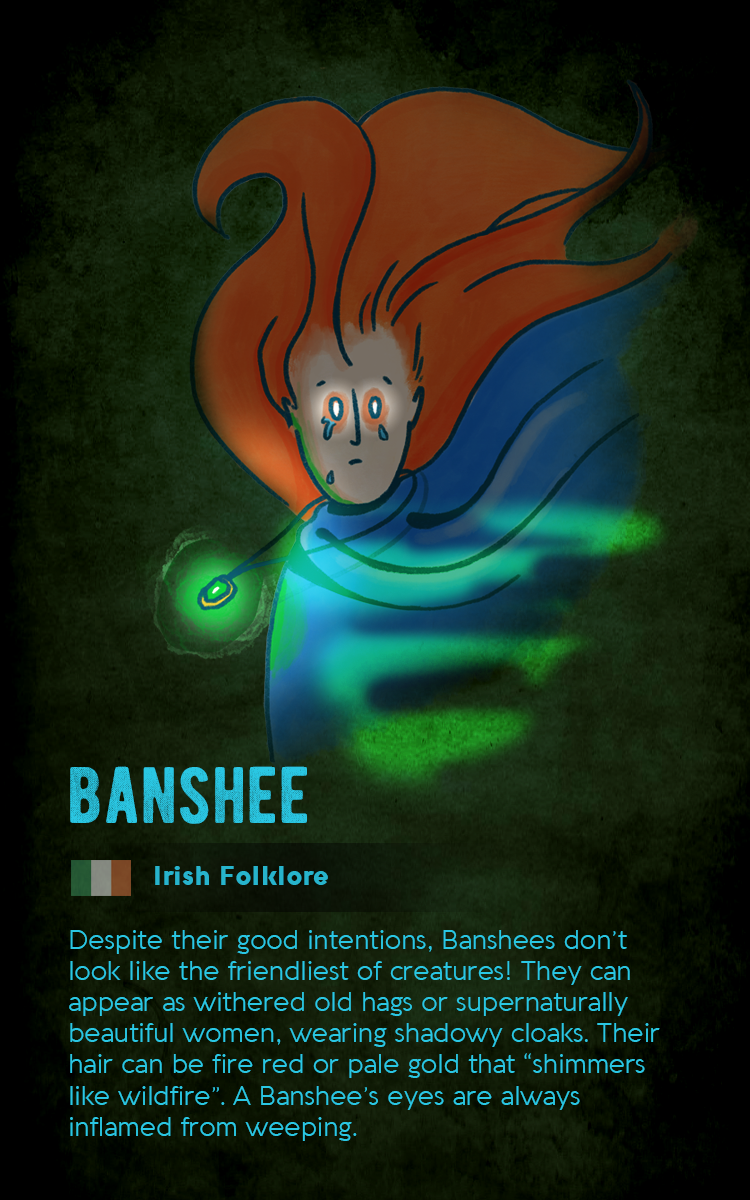 With origins dating back to the 8th Century, the banshee has long been a staple of Irish folklore, and has survived to this day with many features and references in modern culture. There's an Irish tradition called keening, that would happen at this time. Keening refers to the practice of having a woman who would sit outside the house and weep and wail. This would be in response to a family member dying or if someone was about to die. Some people would hire a keening woman for her talents and in many cases, it would be the first warning the family got of an impending death, or a death that had already occurred. As that tradition died out, the legend of banshees began.

Since then banshees have garnered a reputation as not being the friendliest of spirits and their shrieking wails could curdle your blood with their volume and shrillness. They have long hair, they can be either fantastically beautiful or old hags and their eyes are always red from crying.