Is This The First Ever Colour Image Of A Ghost Caught On Camera? 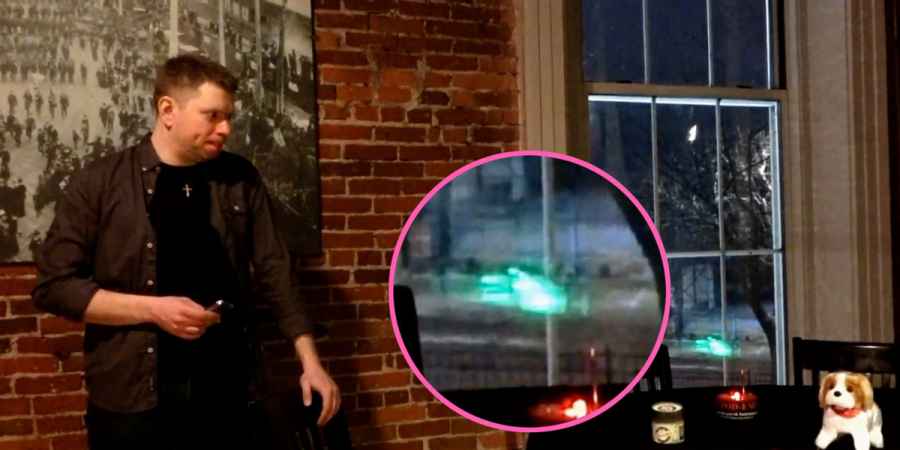 Photo: © Chris Bores
Ghost behaviorist, Chris Bores, claims to have captured a ghostly manifestation of a disembodied hand on camera. He believes this to be the first ever colour image of a ghost, but what do you think?
Chris, who is the world's first ghost behaviorist, captured the clip during an investigation last year, but the footage has recently resurfaced.
In the show, Chris attempted to contact the spirits of the Oliver House in Toledo. As the paranormal researcher calls out to the spirits, an unexplained greenish light is seen to manifest above a REM-Pod, a piece of ghost hunting equipment that Chris had placed on the table.
The clip is taken from an investigation conducted by Chris at the Oliver House, which featured in his made-for-TV show, 'Ghost Doctor'. It is definitely a very interesting clip, but is sure to divide the opinion of those who view it.
Due to the angle of the camera, the light appears over the window, which seems to be taking the shape of a hand. This makes it hard to rule out the possibility that it is a reflection, but in the episode Chris says "there is no way that this light could be a reflection in the glass."
He justifies this claim by stating that the light, which appears in the footage for just eight frames appears over the wooden frame of the window and is therefore not in the glass. But this is not necessarily proof.
Many double-glazed windows have their mullions and transoms inside two two panes of glass. So it's completely possible to have light reflecting on the inside pane which seems to appear over a mullion on certain types of windows. You can see this effect in action in this simple recreation below... 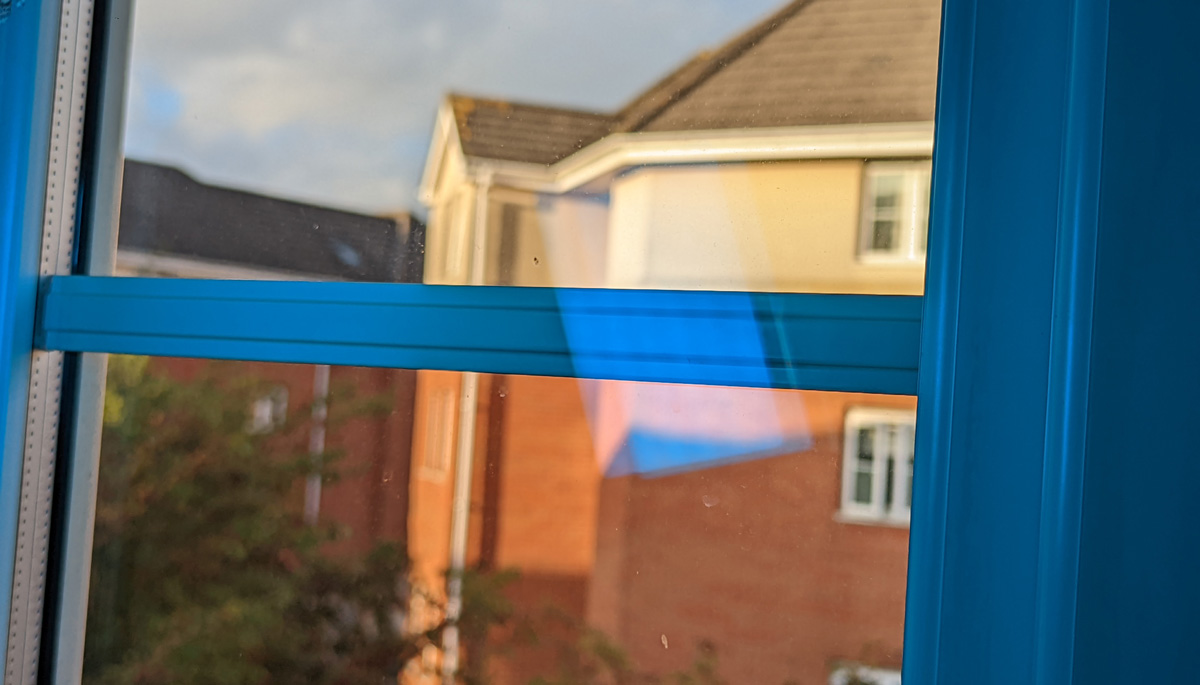 It should also be noted that there are other windows in the room which could be allowing light to enter the environment allowing it to appear as a reflection on the inside of the window. In the full video around the the 16 minute mark you can see there is at least one window on the opposite wall, but more importantly there's another window just to the right of the one that is the focus of the clip.
Other eagle-eyed viewers of the clip have noticed that around two seconds before the ghostly shape appears, a flash of light of the same colour can be seen on the left of the window. This could suggest an approaching car outside seconds before its headlights are reflected in the the window.
Chris concludes, "for the very first time we've probably caught the real colour of a spirit, which kind of looks like a Slimer-ectoplasmy-like green." Chris also notes that similar captures are normally made using infrared night vision cameras and therefore do not show the true colour of the light anomaly.
However, we need to ask a couple of questions when attempting validating this clip. Why didn't Chris see the flash of light at the time? And if a ghostly hand is in such close proximity to the REM-Pod, why didn't it trigger the device as it should?
The YouTube series features cutting edge ghost hunting methods, including techniques rooted in psychology, sociology and ancient texts, as well as the latest technologies available.
Watch more from Ghost Doctor on YouTube.
Tags:
ghost doctorparanormal