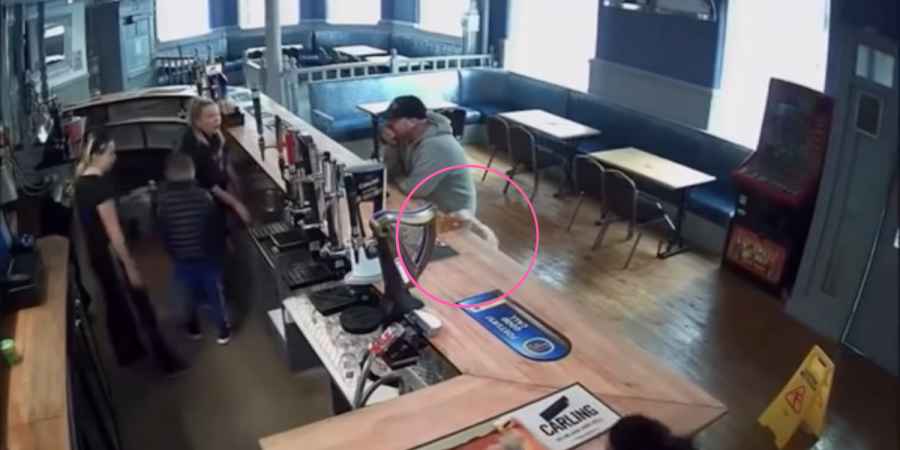 Photo: © iStory
The moment a pint was seemingly knocked off the bar by an unseen force in a Sunderland pub was caught on CCTV. The incident occurred next to an unsuspecting locals and the pub's landlady.
The bizarre footage shows a pint sitting on the bar of the Blue House pub in Hendon on Saturday afternoon for several seconds as staff and customers are chatting away. Then suddenly the beer glass topples over spilling its contents onto the floor despite the fact nobody is near it at the time.
The shocked bar staff were clearly confused by what had happened and the moment caused the drinker sat at the bar to jump back as the beer pools on the floor around him.
The CCTV camera clip appears to show the glass slowly moving on the bar before toppling over. From the footage alone it's hard to explain what caused the unexpected beer spillage, leaving the possibility that this could be an example of real poltergeist activity.
The landlady, Darla Anderson thinks so. She told the Sunderland Echo, "I remember I was just looking at the pint and then it just fell, there was only three or four of us in the pub at the time so there is no way that anyone could have knocked it. I just can’t find any reasonable explanation as to why it happened, all our customers cannot believe it."
Some have suggested more normal causes for the incident including a change in air pressure caused by the pub's door closing, shoddy workmanship resulting in a wobbly bar and even the possibility of a deliberate hoax using fishing wire.
The most likely explanation however is that the glass was precariously placed on a bar runner, the branded rubber mat seen behind the Guinness pump in the clip.
It's not uncommon for a drink to slide across a surface, especially in environments like a pub, it could be that the glass slid off the edge of the thick rubber mat causing it to tilt and eventually fall over.
This spooky motion occurs when a wet glass is placed on a smooth, wet surface. This forms a cushion of air underneath the glass, the water around the bottom edge of the glass functions as a seal to prevent the air from escaping. While the glass is floating like this, it can move with almost no friction, gliding across a surface like magic.
Darla added, "after seeing the clip, the previous landlady got in touch with me to say that she always said the pub was haunted as empty pint glasses would just fall off the bar but she never had CCTV to capture it. I'm just so glad that we have the CCTV as I don’t think anyone would have actually believed me if I told them what happened."
Tags:
paranormalghoststopicalsunderland