When It Comes To Hunting Ghosts Experience & Training Is Irrelevant... For The Most Part 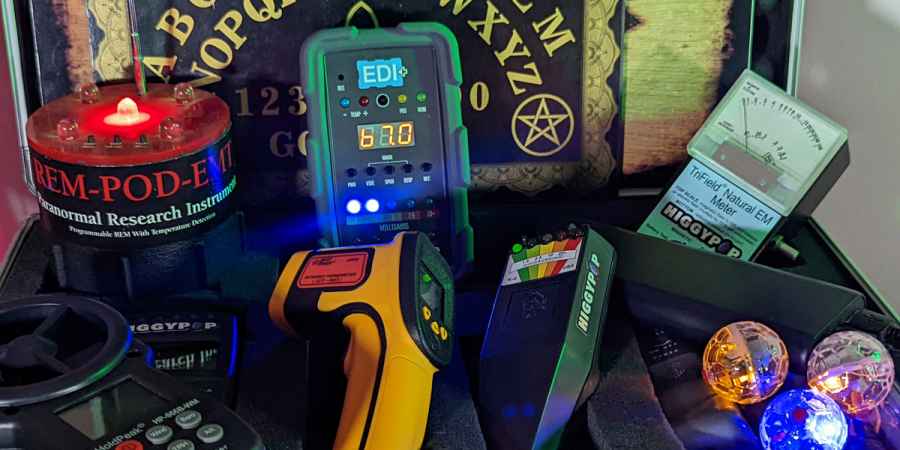 Paranormal teams and investigators often talk about their decades of experience and there are countless books written to teach people how to hunt ghosts, but since normal everyday people see ghosts and capture evidence that's of the same standard as decades-old paranormal teams, is it really something you need to study to be good at?
There are of course investigators who have adopted flawed methodology and techniques, but experience and knowledge doesn't guarantee an investigator results that are any better than those that can potentially be obtained by an untrained member of the general public who experiences something paranormal.
Investigators often remind us that genuine paranormal occurrences happen infrequently on investigations. Many ghost hunts can consist of nothing more than sitting in the dark waiting for something to happen. More often than not, nothing does. Conversely, someone with a passing interest in the paranormal could go on their first ever ghost hunt and witness a full-bodied apparition.
When something like this does happen, there's little more you can do than observe it, perhaps try to capture it on camera and document it afterwards - and it's for this reason that establish paranormal teams with decades of experience obtain no better evidence than someone who's witnessed something on their first ever ghost hunt.
We're not saying that every bit of evidence an amateur ghost hunter captures is definitive proof, but the problem is the best possible evidence an amateur obtains is no better than the best possible evidence a professional team obtains.
There are countless examples of homeowners, families and even children who have witnessed and documented paranormal activity in their homes, many have even taken photos of alleged apparitions or spotted them on CCTV. The quality of these accounts and the photos obtained are generally on a par with those collected by established investigators.
It's true that from time to time a team might impress us all with some groundbreaking evidence they've captured, but again the same is true of the untrained and uninitiated. Most haunted homes and properties get their haunted reputation because a normal member of the public has captured something groundbreaking there that appears to be paranormal in nature.
The fact that an experienced investigator has the same chance of seeing a ghost in a haunted location as an ordinary member of the public proves that anyone can hunt ghosts, no matter what their experience. You might be just as likely to experience something while ironing as you are holding a K-II meter.
You may think it's controversial or even offensive to those who have dedicated years to paranormal investigation to say this, but the key thing to remember here is that we're only talking about the potential to collect evidence. We're not saying all investigators are equal, but when you look at the standard of evidence collected by both these differing groups, they both have the same potential to capture comparable evidence.
So any method that's resulted in a spirit communicating a piece of information like their name with you is a valid one - untrained witnesses of hauntings do report this with a comparable frequency to investigation teams.
Similarly, any method that allows you to capture some kind of photographic or visual evidence is valid, again people capture apparitions in all sorts of settings, even by accident in the background of regular photos. This proves that no specialist training or equipment is required.
You might witness something moving or being thrown, an occurrence that is commonly reported by paranormal teams, but also by members of the public in totally ordinary and mundane situations either at home or at work. Poltergeist activity doesn't only happen to teams with a certain amount of experience.
Having said this, there are some examples where training and experience is important in the paranormal world, most notably dealing with witnesses, especially vulnerable ones.
Just because an untrained person can obtain the same quality of evidence as someone with training, doesn't mean they should be dealing with a case where a victim of a haunting needs to be treated with care, compassion and sensitivity. These are skills that you can't just chance upon and are an important part of the bigger picture of paranormal research where experience is important.
Where skill and experience also enters into paranormal research is not in the process of capturing evidence of a haunting, but analysing it. It's during the post-investigation review of potential evidence where analytical and critical thinking skills play a vital part in debunking or validating findings.
Tags:
paranormalghost hunting