A Slamming Door - Proof Of The Paranormal Or Just A Draught?

A digital anemometer is a handheld instrument that can help you detect air flow to establish whether a bump in the night was caused by a ghost or a breeze. 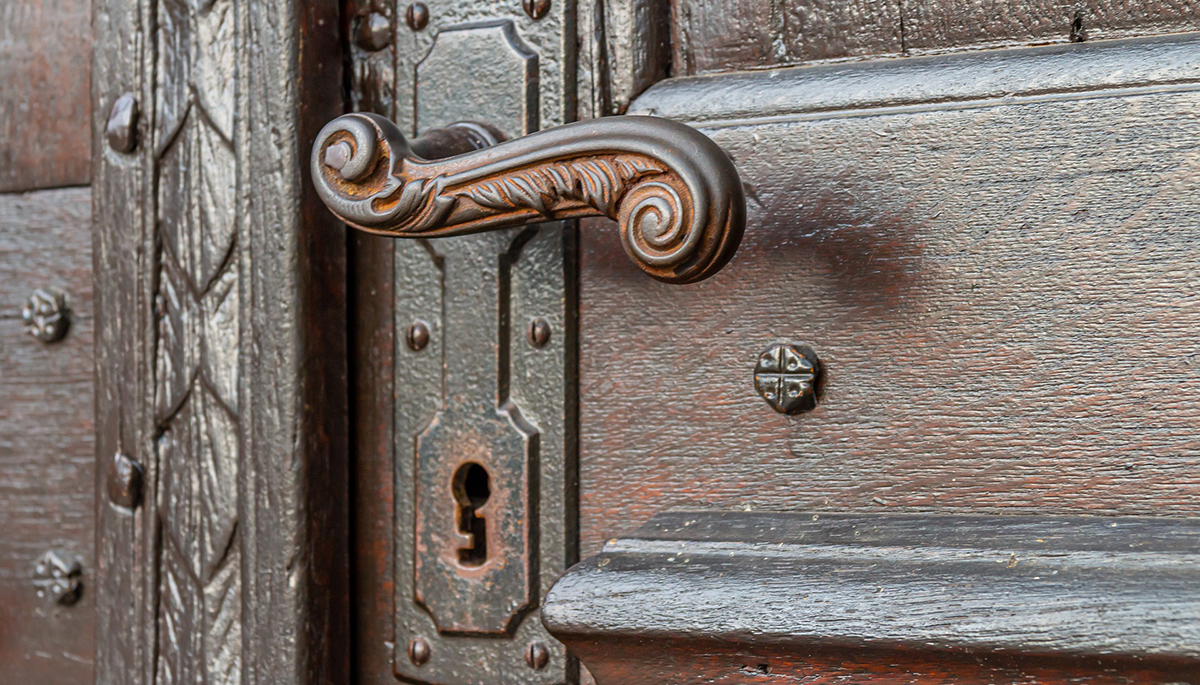 Photo: pixabay.com
You've probably been on a ghost hunt and heard a door slam, upon inspection a fellow investigator might have declared it to be a paranormal incident based on their claim that "there's no breeze," but how do you check this claim?
When there's a breeze or draught, an open door swinging on its hinges acts like the sail of a boat. It catches the wind causing it to swing. This can result in a door swinging open or slamming shut.
While on a ghost hunt a door opening or closing on its own could be considered to be evidence of poltergeist activity. Since both wind and ghosts are unseen forces, how can you possibly know what the cause is?
The obvious answer is that you can feel the wind or a draught, but just the slightest breeze can move a door because a door has such a large surface area for the breeze to push against. For a human to detect a draught requires us to feel the wind chill as its movement is almost undetectable, this can make it very hard to notice.
However there is a device which can detect air flow and alert you to it. An anemometer is a device used for measuring wind speed, most commonly used in meteorology. It will allow you to detect and measure draughts and air flow through the location you are investigating.
Air flow can be caused by draughts from outside entering the building through open windows, ventilation, under doors, via the roof space or even through cracks in the wall.
Air currents can also be produced by changes in air pressure caused by air conditioning, central heating or any other source of heat such as electrical equipment or human bodies in a room. As the air heats up it expands, this can cause it to be pushed through to a cooler area of lower pressure.
For example, if the upper floor of an allegedly haunted house is heated to a higher temperature than the ground floor, then you may find that there is a flow of air travelling down the stairs. All this air moving around may not be strong enough for you to feel, but it could be powerful enough to slam a door closed.
A digital anemometer is a handheld instrument that can measure the current wind speed. Most models will be able to detect breezes as calm as about 0.1 meters per second up to near-hurricane force. It does this by allowing air to pass through a circular opening on the top of the device that houses a small fan. The anemometer calculates and displays the wind speed based on the speed of the fan.
Anemometers are relatively inexpensive, especially when compared to other gadgets made specifically for paranormal investigations. For a ghost hunt you might want to pick an anemometer with a backlight for use in the dark. 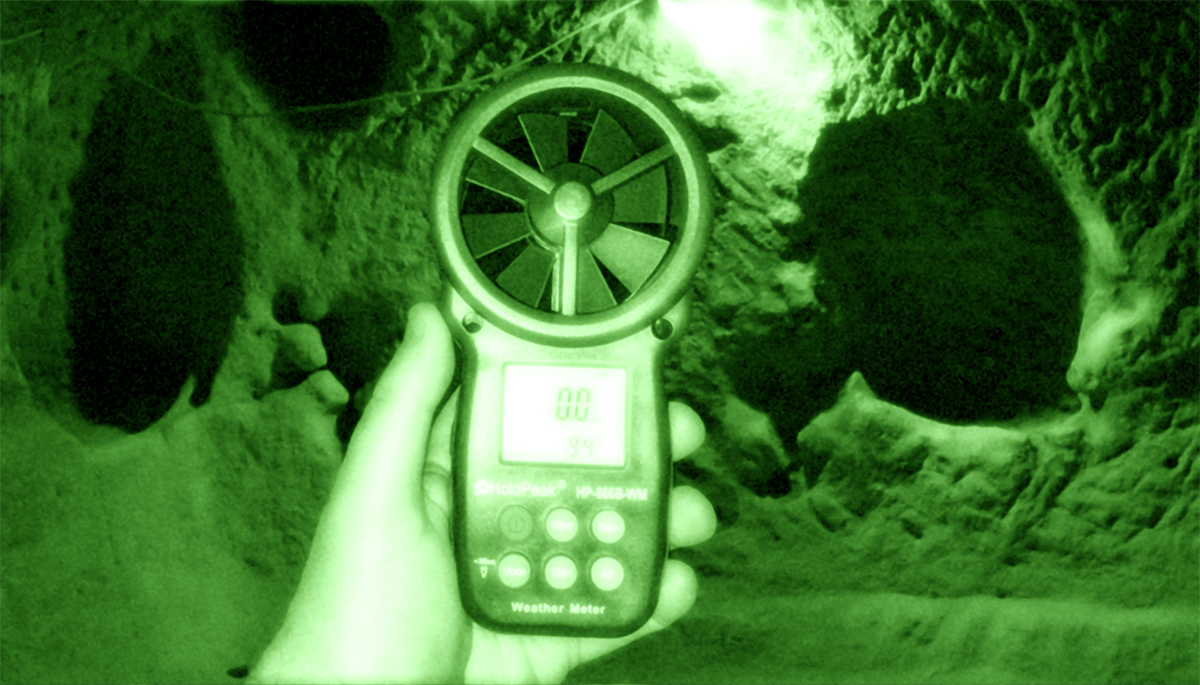 You should use an anemometer on a paranormal investigation to debunk activity which may be caused by breezes or to find air flow through the building prior to your investigation which you think may cause problems later. This allows you to establish a baseline and watch for anomalies in that data during your investigation.
Although the instrument is handheld, just the slightest movement of your hand can caused the fan's blades to spin as it moves through the air. So when trying to detect very small air currents, it's best to either place the device on a flat surface or mount it on a stand. Then step away from it and stay still as even the slightest movement can result in enough movement in the air to register on the device.
If a door opens or closes during an investigation and you want to find out if it was the result of a breeze, then recreate the conditions and place the anemometer in the middle of the action. If a door has swung open on its own, then place the anemometer inside the room next to the door and close it again. If a door has slammed close, then open it again and place the anemometer near the outside edge of the door.
You can then watch for any air movement on the device's display prior to the door moving again. The wind speed can be displayed in meters per second, miles per hour, knots and as a value on the Beaufort scale.
If you need to continue your investigation elsewhere then you can leave the anemometer at a location with a video camera pointing at the door with the anemometer and its reading in shot, this way you can analyse the footage later to see if there was any air flow when the door moved.
Most anemometers will also have a min/max mode. When set to max the device's display will show the maximum wind speed it has recorded since being activated rather than the current speed. That means if you leave the device with it set on max mode and return to it later to find there's a value on the display, then you know there has been a breeze while you've been gone.
Another phenomenon that's commonly reported as part of a haunting is the feeling of a cold spot. These highly localised areas of inexplicably low temperature are said to occur as a result of a spirit sucking the energy in the form of heat out of the air around it.
Sometimes paranormal investigators pick up on this cold spot, but of course other causes for a sudden cold sensation could include a draught or a sudden drop in temperature. An anemometer will help you identify a potential non-paranormal cause for these cold spots.
As well as wind speed, the device can also tell you the current wind chill, an important factor in diagnosing a cold spot.
This is why knowing the atmospheric conditions during a paranormal investigation is so important and with this handy tool, there's nothing you won't know. As well as wind speed and wind chill factor, an anemometer also measures barometric pressure, relative humidity and dew point.
However, there's one more thing to consider... are the atmospheric conditions causing haunting-like activity to occur, or are atmospheric anomalies the result of a genuine haunting? That's for you to work out, but being able to measure these anomalies is the first step on that journey.
Tags:
ghost huntingparanormal