The Ghostbuster's Nemesis "Gozer The Gozerian" Originated In 1970s London 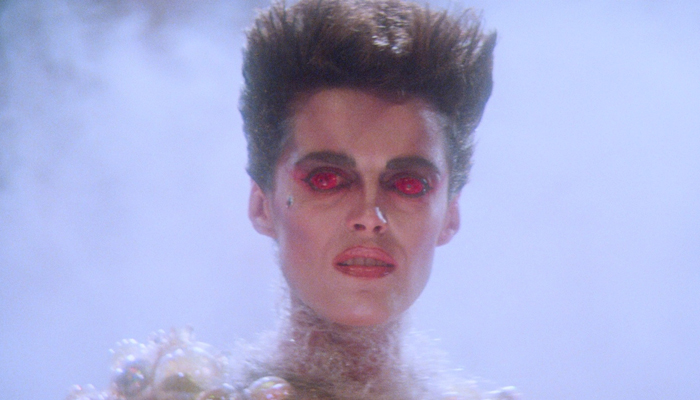 The Origins Of Gozer The Gozerian

The classic paranormal comedy movie 'Ghostbuster' introduced us to an array of spirits and demons, there was Zuul the gatekeeper, the key master and there was of course Gozer the Destructor. According to 'Tobin's Spirit Guide', Gozer the Gozerian came to power as the leader of the Cult of Gozer in around 6,000 BC, and was worshiped as a god by the Hittites, Mesopotamians, and the Sumerians.
You may have thought that Gozer made its first appearance in our realm in 1984, when it appeared in female form on the roof of the 55 Central Park West building, a site where cult members once conducted bizarre Gozerian rituals, but Gozer first made its presence known in London in the 1970s.
In the North London suburb of Enfield in 1977, the Hodgson family were tormented by a poltergeist. The family and their haunted house made front page news and forty years on is still the best documented case of its kind.
Over a 14 month period the house was visited by countless mediums, journalists and paranormal researchers. One of the lead investigators, Guy Lyon Playfair went on to publish his experiences at the house in his book, 'This House Is Haunted'.
In the book Guy writes about more than 2,000 inexplicable paranormal occurrences which took place in the house including pools of water spontaneously forming, toys being thrown around, furniture moving and flipping over, doors, drawers and cupboards opening on their own, and several sighting of apparition. Not to mention possession, levitation, and voices from beyond the grave, the three things which made this case so memorable and the reason the case is still talked about today.
Guy also provides accounts of key investigators who visited the house. In one chapter he talks about a medium who came to the house with her husband, to protect their identity he gives them the alias Annie and George Shaw.
Guy describes how Annie was one of the first psychics to try to communicate with the poltergeist. The seance took place in one of the bedrooms of the council house, two family members were present, single-mum Peggy and her daughter, Janet, who was believed to be the focal point of the haunting.
Guy says that Annie sat in the middle of the room on a wooden chair and began to breath heavily. George started the session by saying a prayer, before turning to his wife and saying "now! can you see me?" Annie suddenly let out a cry, "go away!" George tried to tell the spirit to leave and before long Annie started to moan "Gozer, Gozer, help me."
Later George said "this Gozer is a nasty piece of work, a sort of black magic chap."
The Enfield case was so well publicised around the world that it didn't take long for Dan Aykroyd to hear about Gozer at around the time he was writing 'Ghostbusters' with his co-star Harold Ramis. He went on to incorporated the dark demon's name into the script, giving the Destructor its second coming.

The 40 Year Legacy Of The Enfield Poltergeist

It's not just 'Ghostbusters' that's inspired by the infamous poltergeist case in Enfield, it'll probably come as no surprise that Steven Spielberg's 1982 horror movie 'Poltergeist' was loosely based on the story. The plot of the movie differs from the Hodgson's story, for example their house on Green Street wasn't built on a disturbed burial ground but there were some similarities. In both version of the story the family's pet budgerigar dies, cutlery was mysteriously bent in both house, and most notably chairs were moved by an unseen force.
Ten years later, the BBC produced a mockumentary for halloween 1992 which was much more closely based on the Enfield haunting. 'Ghostwatch' was hosted by Michael Parkinson and Sarah Greene, and broadcast as live on halloween night from a council house in London which was very similar to the Hodgsons' home in Enfield.
Throughout the broadcast Sarah and the family encountered an escalating amount of paranormal activity which was identical to the type of incidents which occurred at Enfield, starting with knocking and mysterious pools of water, but building up to possession and demonic voices being spoken by one of young girls who lived in the fictional house.
'Ghostwatch' itself went on to inspire real-life ghost hunting shows like 'Most Haunted' and eventually gave birth to the whole genre of "found-footage" movies, having inspired the makers of the American found-footage horror movie, 'The Blair Witch Project'.
Just last year the Enfield case was turned into a movie in its own right, 'The Conjuring 2'. The series of movies follows the real-life case files of married paranormal investigators Ed and Lorraine Warren and in the latest sequel the ghostly goings on in Enfield are retold from the Warrens' perspective. The movie greatly exaggerates Ed and Lorraine's role in the investigation, they actually only visited the house three times towards the end of the case when most of the poltergeist activity was dying down.
A more accurate account of the Hodgsons' story was told in the 2015 Sky Living series 'The Enfield Haunting' starring Timothy Spall, which is based on Guy Lyon Playfair's book, he also consulted on the production of the show.
Whether you believe the Enfield case was a childish prank which got out of hand, or the best example of a real poltergeist haunting that we've ever seen, there's no denying that many of the incidents which occurred in the house have gone on to shape the world of paranormal fiction and even after 40 years is the stuff of nightmares.