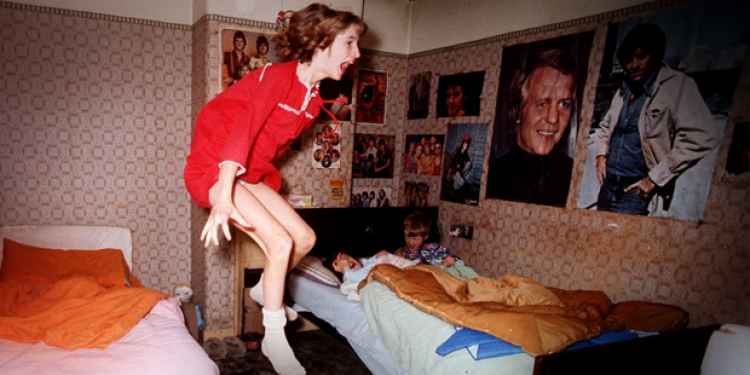 In 1977 the Hodgson family of Enfield in north London reported strange goings on in their three bedroom council house at 284 Green Street, for the next 14 months Peggy and her children, Margaret, Janet, Johnny and Billy, were tormented by a poltergeist. Over this period, paranormal investigators, mediums and journalists witnessed and logged more incidents of paranormal activity than at any other haunting, making the Enfield case one of the most well documented incidents of its kind ever.
This month marks the 40th anniversary of the Enfield Poltergeist case and it's still being talked about and debated today, over the last four decades the case has been the subject of books, documentaries, television shows and movies.
With thousands of column inches and hours of video available on the subject, anyone with a passing interest in the paranormal could easily become an expert on the Enfield haunting. So, how much do you think you know about this iconic paranormal incident? Below are twenty fiendishly difficult questions about the house, the family and their struggle with an unseen force.

1. What is the title of paranormal investigator Guy Lyon Playfair's book about the haunting?

2. What was the name of the family living next door to the Hodgsons?

3. What was the occupation of the Hazel Short who witnessed Janet levitating through a bedroom window?

4. What was the name of the lead investigator in the case?

5. What did the house's former resident Bill Wilkins died of according to the spirit's voice?

6. Who did Janet have a large poster of next to her bed?

7. Before speaking in a gruff voice, what sound did the poltergeist make through Janet?

8. What words were mysteriously written on the back of the bathroom door?

9. Which actor played the leading role in the British drama horror series 'The Enfield Haunting' on Sky Living?

10. Some believe that the girls use of what could have led to the haunting?

11. What did the first police constable that visited the house witness move across the floor?

12. Which British newspaper broke the story?

13. Which recent movie was based on the events in Enfield?

14. What was the name of the BBC Radio 4 journalist who visited the house on several occasions?

15. On what date did the first incident occur which forced the Hodgsons to flee their house?


16. One night Janet's uncle found her asleep on top of what household object?

17. Around how many inexplicable occurrences were logged at the house?

19. Who presented 'Ghostwatch', the 1992 BBC mockumentary based on the Enfield Poltergeist?

20. Paranormal investigator Ed Warren said the Enfield case made what look like a playhouse?