Gravity Hill Locations In The UK

Magnetic hills or gravity hills, as they're more commonly known, are a strange phenomenon whereby a car, bike or balls appears to roll up a hill, despite gravity's pull. There are several of these hills spread across England, Wales, Scotland and Northern Ireland so you can try it yourself. 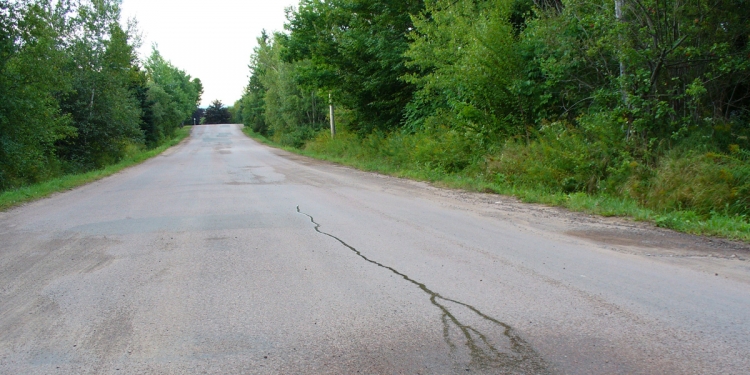 There's nothing magical about a gravity hill, it's actually nothing more than an optical illusion created by the lie of the surrounding land. The road appears to slope uphill but in reality it has a downwards slope which results in water running appear to flow uphill or cars without their breaks on rolling uphill.
Although the effect is nothing more than an optical illusion, it's an impressive trick and one which you can try for yourself in many locations around the world, or take a look at the Discovery Channel video below which shows the phenomenon in action.
Despite the UK being a fairly small landmass, we have quite a high concentration of gravity hills here, below is a list of the best places in the country to experience the effect.

The Harborne Walkway is a footpath constructed on part of the route of the former Harborne Railway, a short branch line that connected the Birmingham and its suburb, Harborne.
The path is popular with cyclists who often report the odd sensation of having to pedal downhill while their bikes take on a life of their own and appear to roll uphill in the opposite direction.

Dancers End Lane is a great example of a magnetic hill. It's a small country lane where gravity's force seems to have been reversed on one stretch of the road.
Drivers who pull their car up at the bottom of what appears to be a hill, make sure it's in neutral and release the breaks will then find their car start to mysteriously creep up the hill.

Known locally as a "gravity spot", drivers on the hill in Epping Forest are said to experience this bizarre phenomenon as a result of ghosts left behind from the area's gruesome past.
Locals say that it's the ghost of a hangman dragging an unfortunate criminal to his execution which now pulls the cars along the road, despite the incline.

This supernatural spot can be found on the A272 through West Sussex, west of the village of Rogate. It's said that the road follows part of an ancient route which would have been taken by pilgrims travelling between the cathedral cities of Winchester and Canterbury.

B27, Mourne Mountains, County Down

This magic hill can be found near Spelga Dam, a large reservoir in the Mournes Mountains. Near to the reservoir a road head off towards Hilltown and it is on this road you can experience the phenomenon, on a stretch of the road known as the Spelga Hill Climb.
You'll see a small road with gates leading into the dam, a car parked in front of these gates will eerily roll uphill. Some people think that the effect is due to the large body of water repelling the vehicle, pushing it up the incline.

Electric Brae gets its name from the Scottish word "brae," meaning hill and the belief that this gravitational anomaly is an electro-magnetic phenomenon. The gravity spot can be found south of Dunure, not far from Ayr, between Drumshrang and Knoweside.
During the Second World War, the hill was visited by many US servicemen stationed at RAF Prestwick, and the American politician and army general, Dwight D Eisenhower took visitors to the brae to impress them with the phenomenon.

This gravity hill is situated about 3 miles west of the village of Llangattock nestled in the Brecon Beacons, a mountain range in South Wales. One Reddit user commented on his trip to the Llangattock gravity hill, "it's such a weird feeling to roll up a hill. My friend and I were in stitches for ages after."
Tags:
unexplained