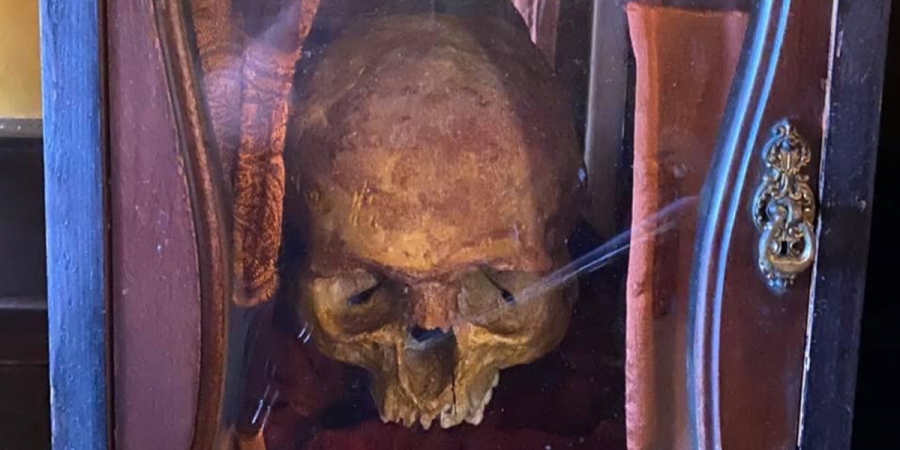 Photo: facebook.com
Said to be York's most haunted pub, the Golden Fleece has appealed for assistance from the public after a skull, which is said to belong to an executed woman, was stolen from the premises early in the new year.
The popular pub, which is said to be home to fifteen spirits, posted the news of the theft on Facebook this week. The management wrote, "unfortunately over the course of last night/today someone has taken it upon themselves to remove Elizabeth from her resting place."
They added, "this is beyond us why anyone would want to take her and we sincerely hope the culprit had a lapse of judgment and will return her to us asap."
The skull is in fact a replica of a woman known as Elizabeth Johnson. It's believed that she frequented the Fleece when it was an inn. Elizabeth was executed in 1800, but some time after that a replica of her skull was donated to the owner of the pub and it has been on display there ever since.
The entire story of the macabre artefact is not known, although it's thought that the ill-fated woman paid the ultimate price for passing a forged bank note on Knavesmire. The skull made in her honour has been kept safe in a custom wooden case with a sign that reads, "here the skull Elizabeth Johnson executed York 1800".
The pub have been through their CCTV recordings from January 2 and 3 and say they have made a positive identification and obtain "very clear footage of the theft."
The Fleece have issued an urgent appeal asking anyone who has any information on the object's whereabouts to get in touch and "bring her back to her rightful home". The management have said that if they are not reunited with their stolen property in the next couple of days, they'll be handing the CCTV footage over to the police for further investigation.
The pub added, "this is not something we want to do as we hope this was just a silly mistake and a lapse in judgment and hope the culprit will return her safely back to us."
Drinkers say they have seen her apparition roaming around the historic inn, where she's also been blamed for the sound of phantom footsteps. Other ghost that haunt the York pub include a Canadian airman who fell to his death from one of the upper windows during World War II, a spirit known as One Eyed Jack, the ghost of a grumpy old man, and a young Victorian boy who was said to have been trampled to death by horses.
The Fleece shared their gratitude for the support from the public so far, writing on Facebook, "thanks for all of you for sharing our initial post and your kind words."
Anyone with any information on the whereabouts of the missing skull should contact The Golden Fleece via their Facebook page or official website.
Tags:
topicalparanormalthe golden fleece