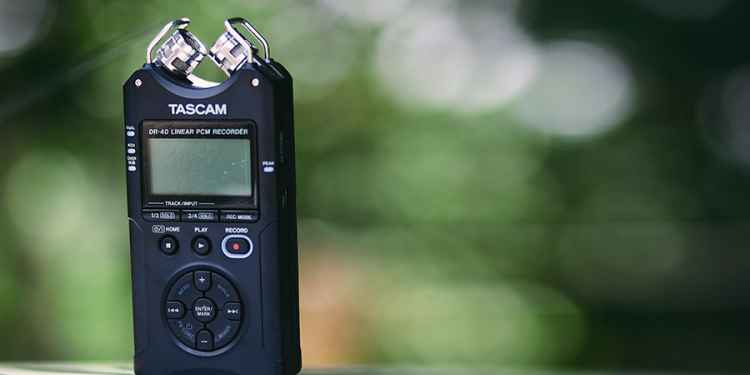 Photo: © Oscar Ivan Esquivel Arteaga
There's often talk in the paranormal field of capturing voices that are outside the human hearing range as EVPs, or electronic voice phenomenon, but this concept is fraught with issues.
First off, the human hearing range is the pitch or frequency of sounds that we can hear. It ranges from very low frequency sounds, which sound low pitched to us, through to high frequency sounds that sound high pitched.
If a voice was outside of this range then it would be speaking at a pitch so low that we can't imagine how that would even sound. On the other hand, if a voice is at a frequency higher than the human audible range then it would be beyond any piercing high-pitch sound we've ever heard.
There are many cases where an EVP has been captured where the person playing it back and reviewing the audio has recognised the voice as someone they know. One factor that makes our individual voices recognisable is the frequency we speak at, it determines how low or high pitched our voice is.
When a voice is recorded using a camera or audio recording device, the frequency of our voice remains unchanged in the recording. This tells us that a recording device perfectly preserves the pitch of any voice it records. Therefore if any recording device was able to capture a voice outside of the human hearing range, when it is played back it would be unchanged and still be beyond the frequency range of the ear - it would remain inaudible.
This means that if an EVP is heard in a recording, it isn't and never was outside of the human hearing range and there's no reason to think that it is. If the sound wasn't heard at the time the audio was being recorded, but appeared in the recording via some supernatural means, then this is exactly what an EVP is - a mysterious voice captured on a recording that was not heard at the time. The exact mechanism of how the sound is recorded is not understood, but since the recording device would not alter the pitch in anyway, we know that it couldn't have been outside of the human hearing range - it was just unheard at the time.
This doesn't mean that the idea of capturing sounds we can't hear is a ridiculous one, it just means it's not an easy thing to do. Microphones, like the ones you'd find in a smartphone, camera or digital audio recorder are designed to capture what the human ear can hear, anything beyond this is just unnecessary data which won't be audible to us in the playback of the recording.
Even if a microphone did have a wider frequency pick-up, the recording device would ignore any sounds outside of the human audible range, because it too does want unnecessary data, especially in the case of digital audio when keeping file sizes low is important.
One of the most popular recording formats, and the one used in digital audio recorders that are commonly used to capture EVPs, is the WAV file. It's called a 'lossless format', which means that the audio that is stored is an accurate representation of the original sound with no loss of audio quality.
To get technical for a moment, your audio recorder captures packets of audio, usually 44,100 per second, this amount of detail gives it the capacity to capture the entire audible frequency range of 20Hz to 20kHz. It will not waste resources capturing any sounds beyond this as they would be inaudible anyway.
However, should you suspect that there are sounds within the paranormal world that might exist outside of our hearing range and you want to try to capture them, then there's nothing to stop you investigating this further, but you will need some very specialised recording equipment. The equipment needed is different depending upon whether you want to capture low frequency sounds or high frequency sounds.

Sounds at a frequency lower than the human ear can pick up are called infrasound and are very hard to record, it's not just a case of buying an expensive microphone, as even the best microphone is designed to only capture audible sounds. Although there are purpose-built infrasound mics available, like those manufactured by Bruel & Kjaer, they will set you back around $500.
It might be possible to construct your own infrasound monitor using a large membrane or diaphragm with a diameter of at least 60cm, or by using a long hollow pipe that could be compressed when the sound hits it. You'd then need to attach a sensitive accelerometer to measure the vibration of either apparatus. Although this approach might work, it wouldn't give you a recording as such, but you'd be able to monitor the amplitude of the infrasound waves using an oscilloscope.

At the other end of the human hearing range and beyond is ultrasound, these are the sounds the bats use to echolocate and the waves that are high enough frequency to penetrate the body in ultrasound scanners. Like low frequency sounds, high frequency sounds are also difficult to capture. No standard, off-the-shelf recording device will be able to record anything much beyond the human hearing range.
There is one tool that might allow you to hear high frequency sounds without spending a lot of money, and that's by using a bat detector. These gadgets can be tuned to pick up frequencies from 15kHz to 130kHz - far beyond what our ears can hear.
A bat detector isn't a recorder as such, although you could easily adapt it, instead it converts the ultrasound into lower frequencies, which are in the range of human hearing. A headphone output on the device can be used for recording the converted sounds. However they may be fiddly to use on an investigation.
Infrasound and ultrasound are an interesting and as yet untapped area of research when it comes to EVPs, although it comes with a high cost of entry for specialist equipment, and for all we know would yield less results than a normal recorder operating within the audible range. In fact, logic dictates that the audible range is where we should focus our attention on capturing EVPs as this is the frequency range we communicate within in life, so it shouldn't be any different if we can communicate in death.
But the paranormal is the investigation of the unknown, it literally means beyond the scope of normal. So why not go beyond the realms of normal sound and see if the spirit world can be found there.
Tags:
paranormalscienceghost huntingevp