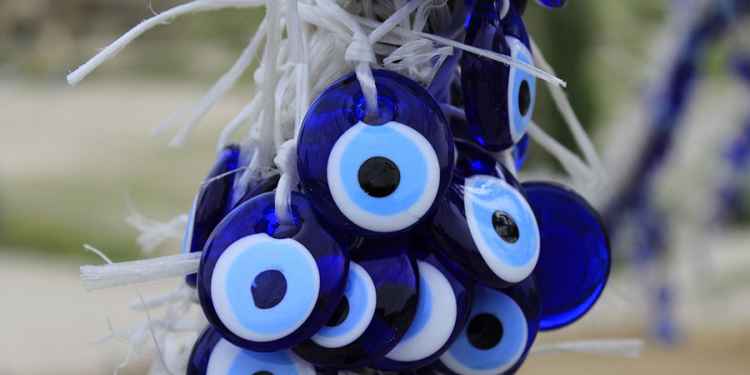 Photo: pixabay.com
The risks of negative side effects of investigating or interacting with demons is very low, but it's still a good idea to ensure that you feel spiritually and mentally protected. Here are some simple tips and tricks that can help you protect yourself from demonic entities.
When embarking on a paranormal investigation or performing a séance you should ensure that you not ladened by negative emotions, are not tired and that you are guilt free and stress free.
If you have a spirit guide or guardian angel who you can call upon, then ensure they are aware of what you are attempting to do and call upon them for their help and support. If you are religious you could pray for protection or bless your surroundings.
Many advise that you shouldn't allow yourself to be in the presence of someone who is possessed alone for any length of time. Their negative energy may be infectious and drag you down and make you susceptible to possession too.
It is also advised never to say a demon's name out loud. If a demon has previously identified itself to you, then using its name acts as an invitation and helps it grow in strength. Demons are said to always be watching and waiting.
You should also avoid provoking or angering demons, be polite when asking them question and thank them for their efforts. If you are using a Ouija board as part of a séance, then one important measure that should be taken is to close the board after a session. To do this you should physically slide the planchette across the board to "goodbye", this will ensure that any demons that have been called forward will return to where they came from after the session.
As well as possessing humans, demons can also attach themselves to any object. It might not be obvious that the object is infested until it is moved or changes owner, therefore you should never bring second-hand items into your home without cleansing it first. Some paranormal investigators carry a form of protection with them in the form of a defensive item. 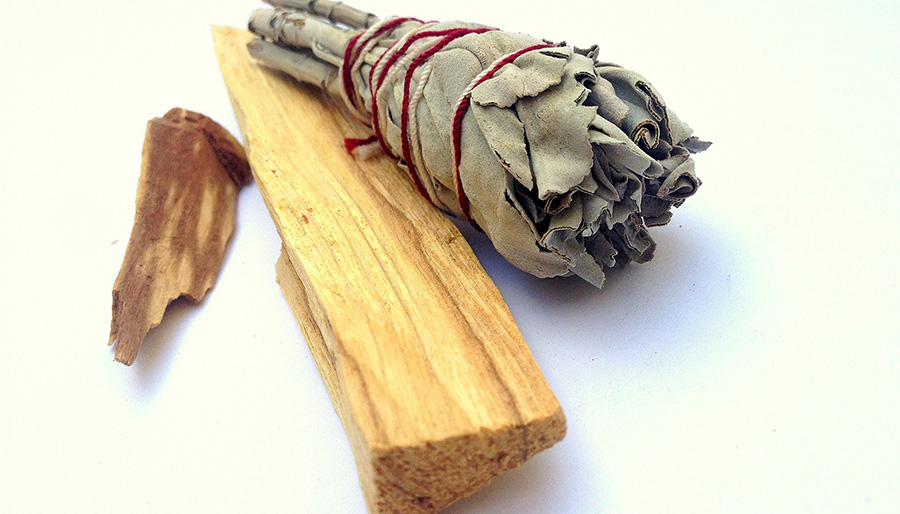 Photo: pixabay.com
It is often advised to use burning sage to drive away demons and evil spirits, it's known as smudging and the technique can be used to cleanse an object, building or yourself. Smudging is most often performed with white sage, as part of many belief systems, including Neopagan spirituality, such as modern Wicca and as part of paranormal investigations.
Sage has been burnt by many Native American traditions for centuries to aid spiritual healing, perhaps due to its natural anti-bacterial properties, its smoke is said to clear bacteria out of the air. Some research has suggested certain extracts of sage may have positive effects on human brain function. Sage smoke is also said to be an odour remover and a bug repellent.
Smudging involves burning dried sage, it is believed that the smoke can purify a space and drive away negative energy. It is said to be a form of ritual alchemy, the smoke filling the air element is said to connect humans better with the spiritual world around them. It is rooted in the similar tradition of burning incense, which can be traced throughout the East in parts of Asia and even dating as far back to Ancient Greece.
Sage can be bought in a pre-wrapped bundle of dried herb, known as smudge sticks, this is a better option than buying loose-leaf sage as it is easier to burn. You can also grow and make your own smudge sticks. You'll find smudging sticks for sale online or anywhere that incense is sold.
Smudging is an ancient ceremonial ritual which differs by culture. Many of these traditions have been forgotten and may not be in line with your beliefs, so it's best to come up with your own ritual that you are comfortable with that means something to you.
To ensure smudging is your own meaningful ritual, perform your ritual slowly, with full awareness and mindful manner. You should allow at least 10 to 15 minutes to complete the ritual. White sage is most commonly used, you can also use different varieties of sage like desert sage, Russian sage or mug wort (black sage). You can also use cedar, sweetgrass, and lavender.
If you are smudging yourself or another person, then it is best to have the person being smudged remove metal jewellery, belts and shoes in order to prepare themselves mentally and spiritually. Next start the ritual by mentally focus your energy before lighting the tip of the sage with a match, lighter or candle, then gently wave the smudge stick in the air until the tip begins to smoulder. Throughout the ritual, be aware of glowing embers falling on to the floor.
Simply take your smouldering smudge stick and pass it around the body so that the smoke surrounds them. Start with the area above your head and continue down to the feet, be sure to take your time.
This same procedure can also be used to cleanse any object, simply move the burning sage all around it, engulfing it in the sage smoke.
If you are smudging a building or room, you'll need to move around with the burning sage. It's a good idea to carry a plate with you as a mean to catch any smouldering ash. Keep a means of lighting the sage with you too, as you may find you need to re-light the herb during the session.
When smudging a building, most people start at the front door or main entrance, while others begin at the east or west wall. Then consistently move in one direction around the building in either a clockwise or anti-clockwise movement, again this is up to you, but don't forget about smaller rooms like utility rooms, ensuite bathrooms and the garage.
In each room fill the whole space with the sage smoke, being sure to let the smoke drift into all corners and dark or shadowy spaces in every room, as it's said that corners can accumulate stagnant energy.
Nowadays people tend to direct the smoke around the room by simply waving their hand through the air to waft it in the direction they want it to go, but traditionally a an eagle or hawk's feather was used. These feathers are now difficult to get hold of, so in modern times a turkey feather is more commonly used.
If you pass an open door or window, waft the smoke outside to carry the negative energies from your home with it. To keep the mood of the ritual, you should focus on the cleansing process during the ritual or recite an incantation that means something to you, either aloud or in your head. One popular incantation is "air, fire, water, earth. Cleanse, dismiss, dispel."
Once you have smudged all areas of room or building and returned to the starting point, gently extinguish your sage bundle by stubbing it out on a non-flammable, heat-resistant surface. Let the ashes cool down and then pack it away, it can be used on your next session. You can also return the leftover sage to the earth if you wish. 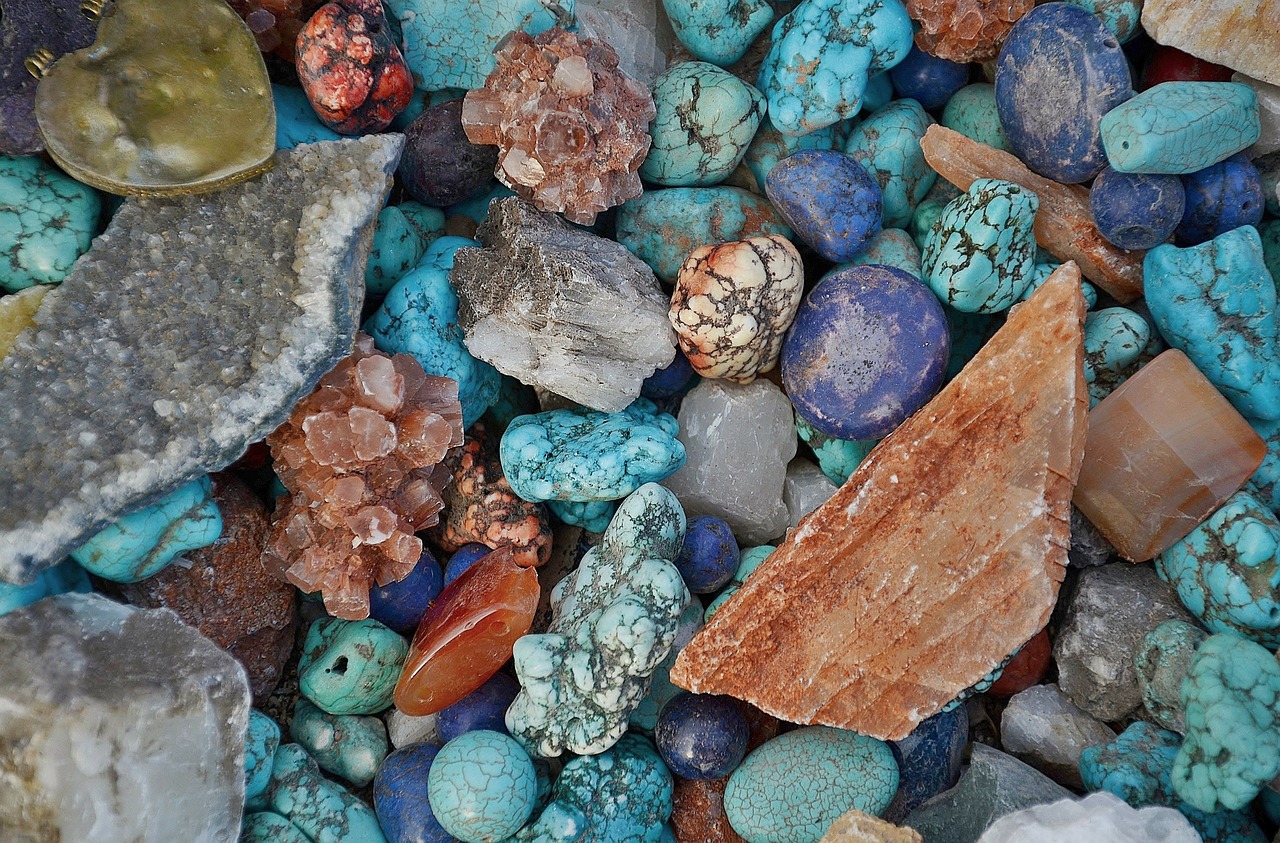 Photo: pixabay.com
Traditionally demonologists would carry protection in the form of a cross, holy water, bible or rosaries. Although these items are still perfectly acceptable if they fit your religious stance, nowadays many paranormal investigators carry a form of spiritual protection or a defensive items which has specific meaning to them and their beliefs.
It doesn't really matter what the object is, if you feel strongly about it then the belief is that it is charged with your positive energy. Most commonly it's a form of jewellery like a bracelet, necklace or medallion. It can also be a tattoo or some kind of sacred item or anything else which makes them feel safe and secure.
Protective jewellery often includes symbols like the Celtic triple knot, known as a triquetra. Also a pentacle, specific runic symbols or a blue eye symbol usually made out of glass called a nazar, but often referred to incorrectly as the evil eye. It's actually a Middle Eastern talisman to ward off the evil eye, which is a curse believed to be cast by a malevolent glare, usually given to a person when they are unaware.
If you're thinking of getting some protective jewellery of your own, then silver is said to be good choice as it purifies its surroundings and interferes with spirit communication.
You may also consider an amulet of protection or a charm, which is usually made out of natural substances, crystals or semi-precious stones. There is a long-standing belief that crystals and certain stones can protect people from demons, demonic haunting and possession. There isn't really a right or wrong when it comes to choosing the best stone to protect you, you should simply pick something that appeals to you that you can focus your positive energy on.
Traditionally stones like amber, black onyx, ruby, amethyst, jade and tourmaline are used. Peridot is said to ward off demons, and chrysoberyl is believe to specifically protect against possession. Iron is also thought to repel demons, in fact iron chains are said to be the only type of restraint that works on a demonic entity.
Salt is also a frequently used protective item which is believed to repel demons, as well as other negative spirits. It is sometimes warn in the form of rock crystals in a pouch around the neck giving you constant protection during a paranormal investigation or séance.
Paranormal investigators also use salt, specifically sea salt or black salt, to draw a circle on the floor to make a safe area that demons cannot enter. It can also be used to protect a house by sprinkling it around the perimeter of the building or across doors and windows.
Another way to protect a house is to use an small terracotta bowl known as an demon bowl. The bowl is inscribed with incantations or religious texts, depending on your beliefs, and is said to either repel or trap demons. Traditionally the bowls were were buried in foundations in each of the corners of the house. This may be difficult to achieve in a modern home, but they may be just as effective if placed in windows or entrance halls.
Tags:
paranormaldemonologyhalloween 2018