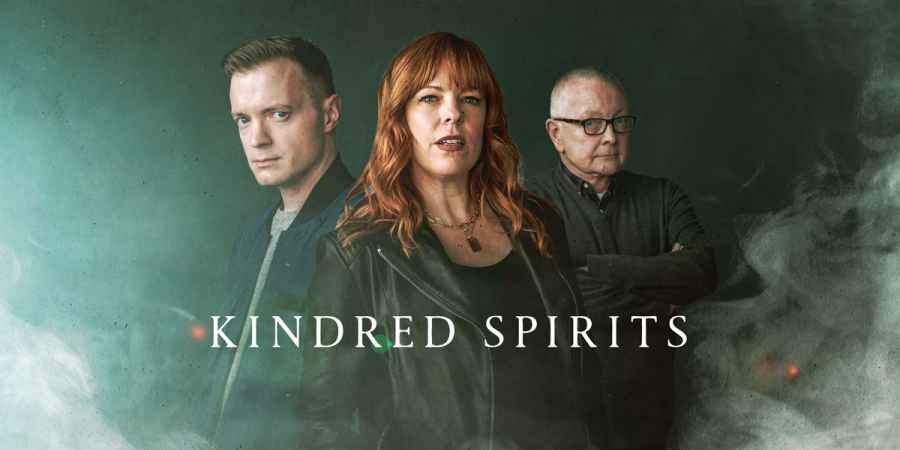 Season six of 'Kindred Spirit' lands on Travel Channel and Discovery+ in December and sees the team explore the Old Masonic Temple in East Bridgewater, Massachusetts, to Investigate reports of ancient entities still lurking within the abandoned building.
Three of America's leading paranormal investigators, Amy Bruni, Adam Berry and Chip Coffey, are determined to uncover the mysteries behind unexplainable paranormal anomalies across the country.
Every season they've confronted haunted horrors beyond the imagination, and this season is no exception. The explosive then episodes of season six of 'Kindred Spirits' debuts Saturday, December 18 on Travel Channel and begin streaming the same day on Discovery+.
Amy, Adam and Chip are no strangers to the supernatural. The team dives headfirst into the underbelly of America’s most haunted locations to solve mysteries, appease tortured souls and confront aggressive entities. Frightening stories of paranormal disturbances have ramped up across the country, sending this paranormal trio to help distressed homeowners and explore historic sites. At each stop, they discover the dire consequences of leaving these dark mysteries unsolved.
"The paranormal anomalies and activity we encountered rival nothing we've come across before," said Amy. "From potentially discovering a body in a basement to finding a 300-year-old haunted shoe – this has been the most unpredictable and mind-bending set of investigations we've ever done."
"In this new season, there are more family cases, new experiments that will blow your mind and some of the craziest paranormal activity we've ever encountered," adds Adam. "I feel like the universe opened up Pandora's supernatural box and we were lucky enough to be on the receiving end. We can't wait for the world to see every spine-chilling moment."
"Fasten your seat belts because it is going to get very spooky," said Chip.
In the season premiere, 'The Undertaker's Secret', the team travels to East Bridgewater, Massachusetts, to investigate a haunted building that terrorizes anyone who enters. In 1892, this building was home to one of America's largest secret societies, the Freemasons. According to historians, America's founding fathers were members of this society, and their secret symbols can be identified in monuments and money. The Freemasons were famous for their ritualistic obsession with death and the afterlife, and it’s possible that their sinister intentions are still lingering.

Episode 1: The Undertaker's Secret
Premieres December 18
Amy Bruni and Adam Berry investigate an old Masonic temple in East Bridgewater, Massachusetts, shrouded in mystery and local lore. Their hair-raising paranormal investigation with psychic medium Chip Coffey leads to the daunting realization that they may be investigating a cold case murder.