How To Watch Most Haunted On Really Without Virgin Media 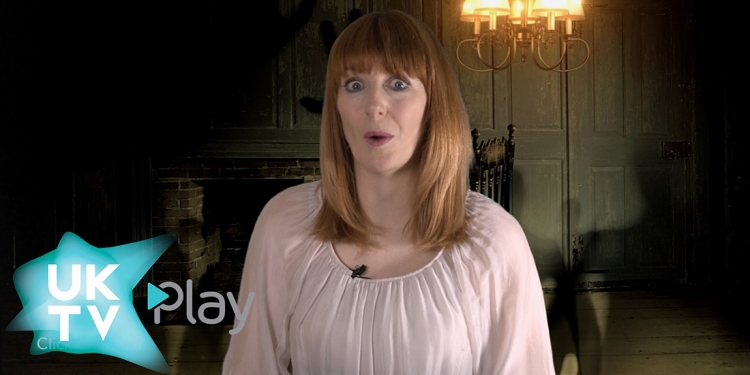 Photo: youtube.com
UPDATE: The fees dispute between Virgin Media and UKTV has been resolved and Really has returned to the Virgin package.
It's been revealed this weekend that the cable television company Virgin Media is to be dropping Really, home of Most Haunted, from Sunday evening due to a rights fallout.
Virgin's four million customers will no longer be able to watch ten UKTV channels, including Really, Dave and Gold, after bosses at Virgin Media and the channels' owners, UKTV, failed to come to an agreement. The channels will be dropped from the network on Sunday 22nd July.
UKTV have the rights to air many old BBC shows, as you'll know if you're a fan of Dave. Virgin Media want this back catalogue to be made available to their customers on demand, but they're not prepared to offer UKTV an extra fee for these shows, and the decision is out of UKTV's hands and lies with the BBC.
Unfortunately, all this means that it's Virgin's paying customers who will now lose out on these ten channels, but if you're a Most Haunted fan and you want to make sure you catch the new series this autumn as well as the repeats shown regularly on Really, all is not lost.

How To Watch Most Haunted Without Virgin Media

Freeview
The easiest way to continue watching is via Freeview. Really is available to watch on Freeview channel 17. All modern televisions have Freeview built in and have done for at least the last eight years. 98.5% of the country can receive Freeview, you can check the coverage at your postcode here.
- If you can't find Really on your programme guide, then you may need to re-scan your television.
- If you've been relying solely on Virgin Media then you might need to plug your television into the coaxial socket on your wall to give it access to your roof aerial in order to receive Freeview.
- If you don't have an aerial on your roof you can find out about getting one installed through the Confederation of Aerial Industries website, getmeviewing.org.uk (don't worry, it'll be cheaper than your Virgin contract in the long run)
Sky Television
If you're a Sky customer then there is no change, Really will still be broadcast on channel 155.
UKTV Play
UKTV Play is the free service where you can watch Really live or catch-up on episodes of Most Haunted and other UKTV shows wherever you want, whenever you want. You can stream via your computer, tablet or smart phone. You can also access UKTV Play on your TV via YouView, Amazon Fire TV, Freeview Play, Roku streaming players and Now TV devices.
Amazon Fire TV and Now TV are very cheap, both costing less than £20 up front with no monthly cost for watching UKTV. You don't need an aerial and they are simple to install and set up. Simply connect them to your home WiFi, then search for and install the UKTV Play app.

We’ve worked with @VirginMedia since its launch in 2006, supplying @Davechannel, @Goldchannel, @Wchannel, and more. We’re so sorry for the viewers who may miss our channels, but demands for price cuts mean we can't continue our partnership. More from UKTV’s Steve North: pic.twitter.com/NEkxgwuYfB

Really has been the home of Most Haunted since its revival in August 2014, following four years of being off-air. The channel has been the show's home ever since, and has now shown seven new series, with an eighth series due to air in autumn 2018 in the build up to Halloween.
Really is also the home of several other paranormal shows, including Ghost Adventures, Ghost Chasers, The Haunted Collector, Paranormal Witness, Ghost Hunters and more.
Most Haunted's executive producer, Karl Beattie, posted on the show's official Facebook page, "the whole thing is thoroughly ridiculous. This decision has been made by nothing more than big companies who want to play 'johnny Big Potatoes' at the viewers expense."
He also reminded fans that, "Most Haunted on Really will STILL be available on Freeview as it is on the Freeview platform."
Really tweeted, "all we want is to bring the best TV we can to all of our viewers, including @virginmedia viewers. We don’t want anyone to miss out on #MostHaunted and more paranormal frights."
Talks between Virgin Media and UKTV continue and both sides are still hoping to strike a new deal. If you'd like this to happen, UKTV are urging viewers to contact Virgin Media by calling them on 0345 454 1111, or on Twitter @virginmedia.
Add A Comment
Tags:
most hauntedparanormaltelevisiontopical