10 Most Haunted Places In Bradford

The West Yorkshire city of Bradford has plenty haunted hotspots with, some of which dated back hundreds of years, while others are much more unassuming.
Below are the ten places in the city where you are most likely to run into a ghost. 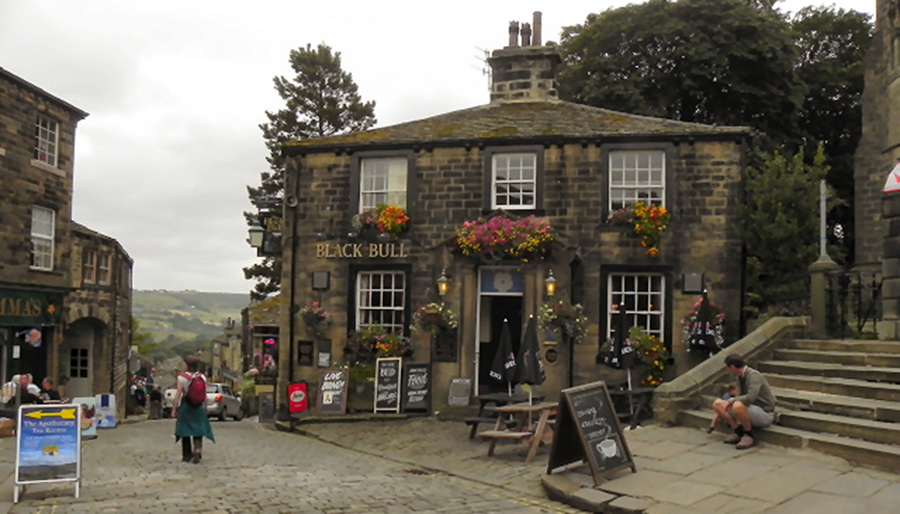 Photo: © David Dixon
The historic inn, which was allegedly where Branwell Brontë's declined into alcoholism and opium addiction, shut its doors in 2018, but the pub's owners say they are now working on finding a new licensee and re-opening. The pub is said to be haunted by the spirit of Brontë, drinkers have reported seeing a figure with his disheveled red hair and wild eyes. 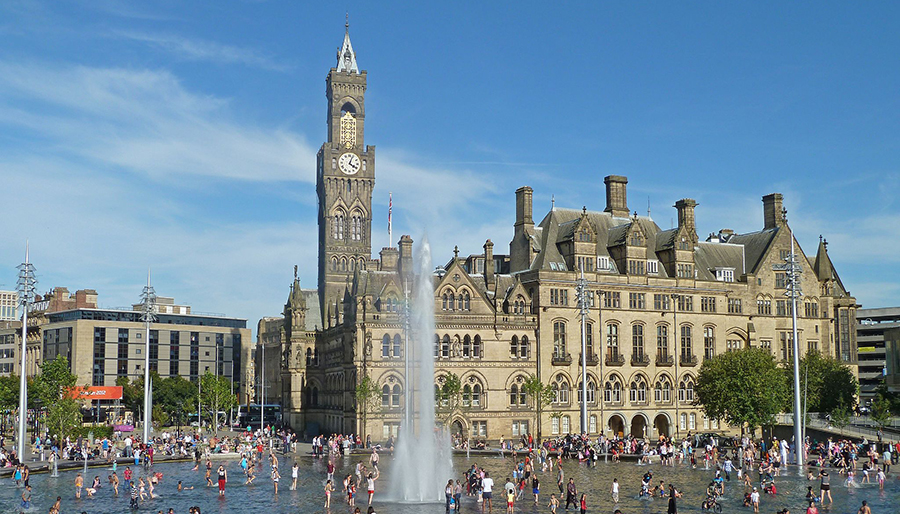 Photo: © Tim Green
The Grade I listed, 19th century town hall in Centenary Square is one of the city's most recognisable landmarks because of its distinctive clock tower. The building has had several uses over the years, the cellar once housed the city's police cells and it is a former prisoner called Charlie who is said to haunted the building today. He was held in the cells before being executed.

His ghost has been blamed for a general feeling of unease and for what has been described as poltergeist activity. Staff have also reported hearing the sounds of a full court in session, but upon entering the old courtroom have found it to be completely empty. 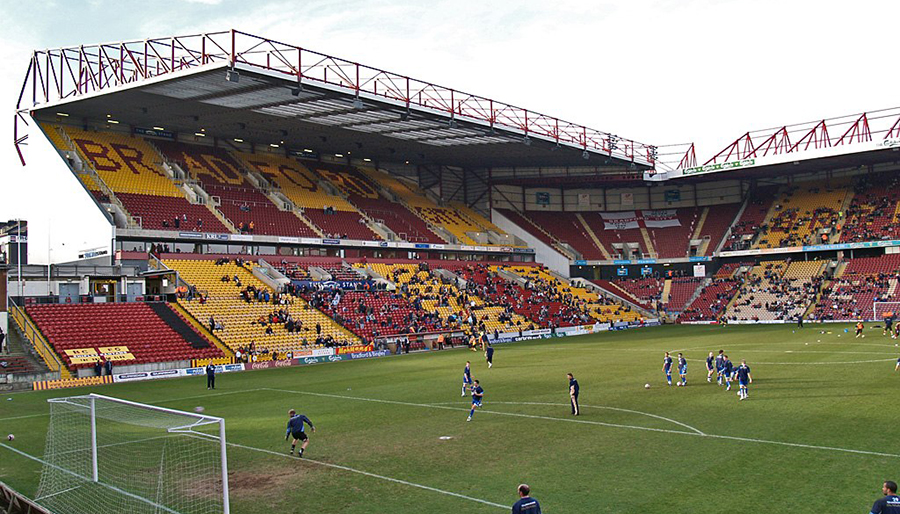 Photo: © David Ingham
The home ground of Bradford City FC is the Northern Commercials Stadium, formerly known as Valley Parade and it is said to be haunted. A groundsman working at the stadium on night spotted a light in the pavilion. He went to investigate and saw a man wearing the team's colours inside the building. The groundsman called the police, but upon their arrival they found no sign on the man or the light, and the building was securely locked. Some fans think that the figure might have been the ghost of former player, who had died a few days previously. 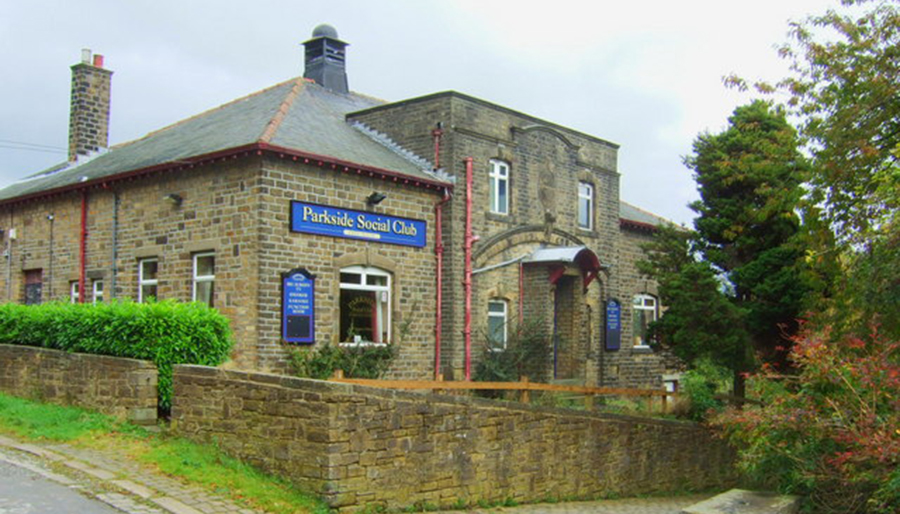 Photo: © John Poyser
The Parkside Social Club has had many uses throughout its history, including a time as a school and it seems this era left its mark on the building. Many staff and customers have reported seeing the ghostly figure of a young girl in Victorian-style clothing. She is most frequently spotted in the pool room and her footsteps have been heard running around the upper floor. 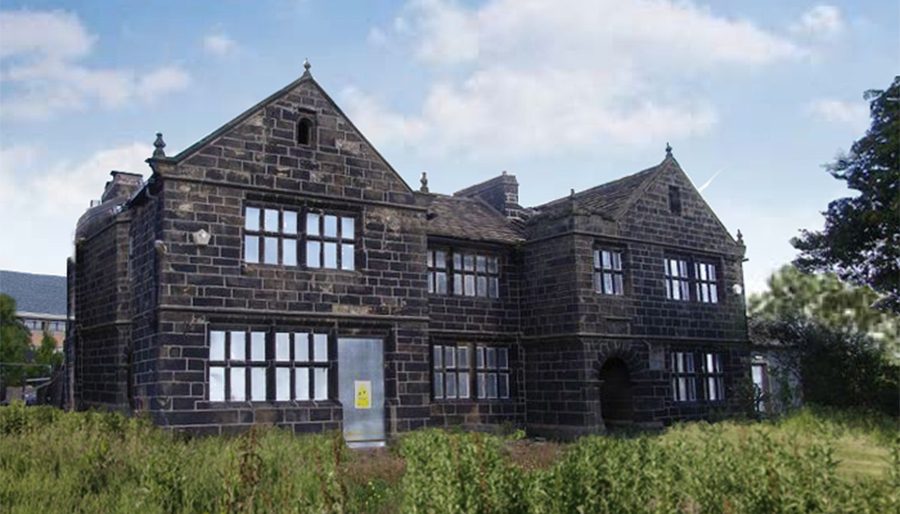 The now dilapidated clubhouse at West Bowling Golf Club is said to be haunted by a ghostly figure wearing a grey suit. The apparition has been spotted by the clubhouse's bar staff in the women's toilet. The club's caretaker also reported seeing snooker balls moving around the table of their own accord and hearing disembodied footsteps in an all but empty locker room. 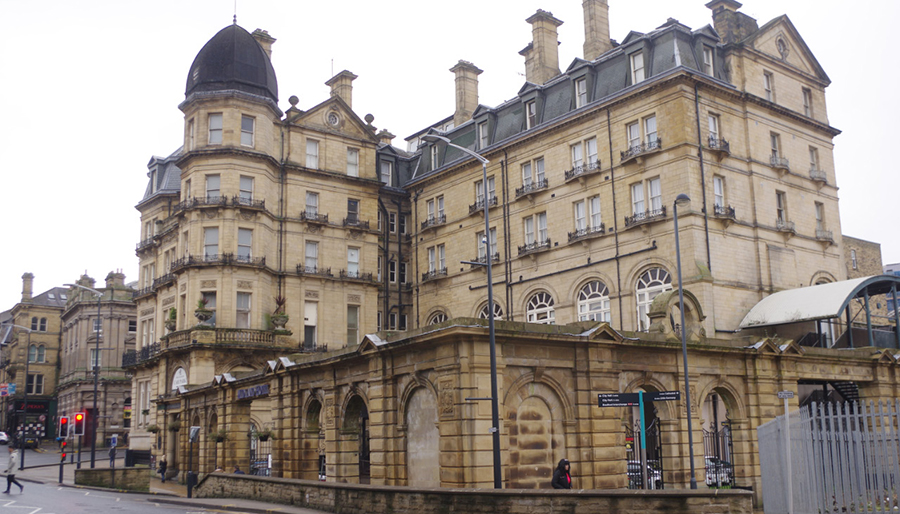 Photo: © Stephen McKay
The 90-bedroom three-star Victorian hotel in the city centre was constructed over five years from 1885, built by the Midland Railway Company. The hotel has played host to many famous guests, including the English actor Sir Henry Irving, who died on stage in a nearby theatre in 1905. His spirit is still said to roam the hotel's corridors. His ghost has been seen in the room where he spent his last night before his final performance. 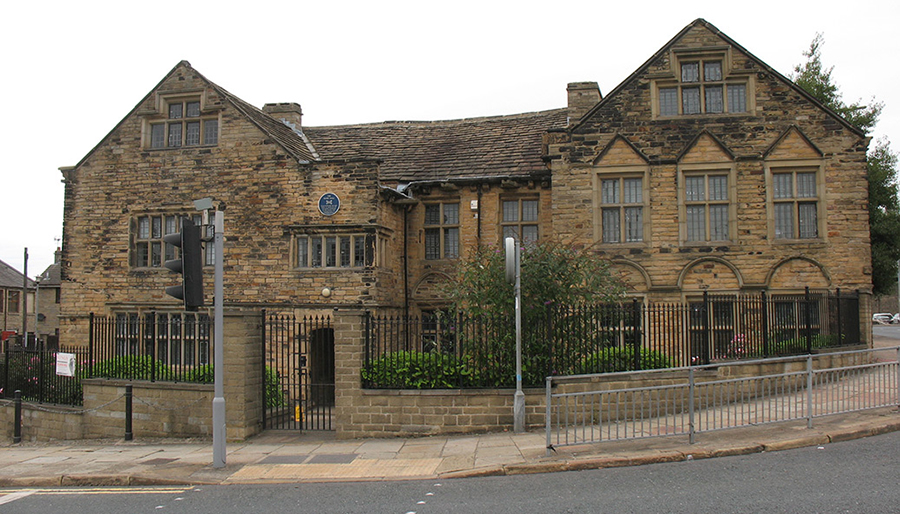 Photo: © Sven Shaw
Paper Hall was built in 1643 and holds the title of being the oldest domestic building in the city. The hall is said to be haunted by plenty of strange noises, including the sound of distinctive footsteps heard walking up and down the stairs. The disembodied footsteps are said to be those of an Admiral who was murdered in the building, the distinctive sound being his wooden leg. Passersby have reported seeing a large pair of eyes staring out of one of the hall's windows. 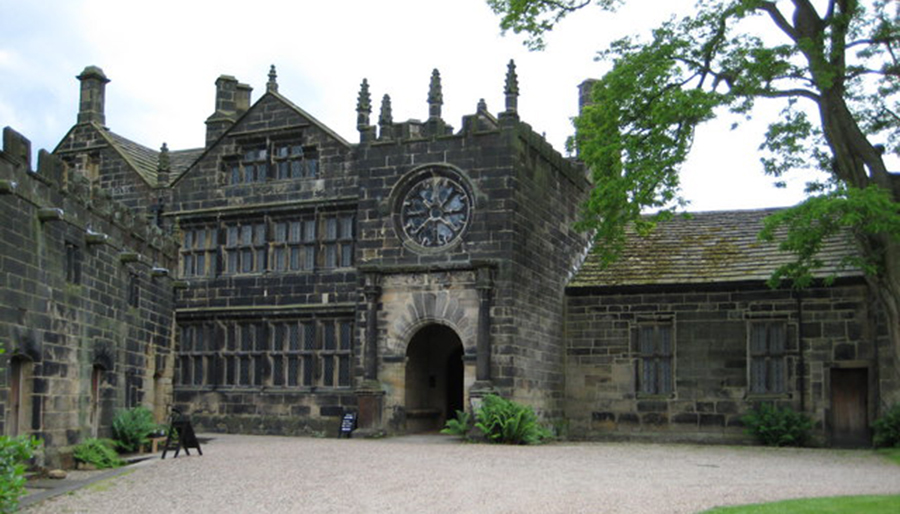 Photo: © David M Jones
This 17th century manor house, perched on a small plateau overlooking a bend in the River Aire, is said to be one of the most haunted properties in the area and even featured in series eight of the long-running ghost hunting show 'Most Haunted'. The hall's most common spook is that of a Grey Lady, who has been seen in one part of the hall so often that a bedroom has been named after her. 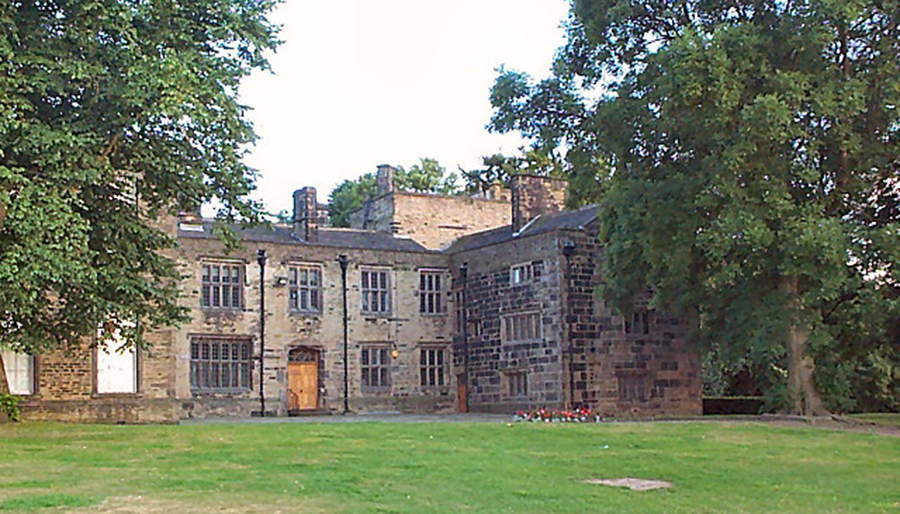 Photo: © David Spencer
Bolling Hall is one of the oldest buildings in Bradford. It currently houses a museum, but dating back to the 14th century, it had historical significance during the English Civil War as a Royalist stronghold. It is also said to be very paranormally active, with allegedly over twenty resident spooks.

The hall is also said to be plagued by strange noises, like banging doors, unexplained footsteps and disembodied voices coming from otherwise empty rooms. Visitors have reported feeling as if they're been watched and a general sense of unease throughout the property.
This is an ever changing, dynamically updated page. Haunted locations may move up or down the list as new locations are added to our database and scores are reviewed to reflect new activity.
Tags:
paranormalwest yorkshirehaunted britain