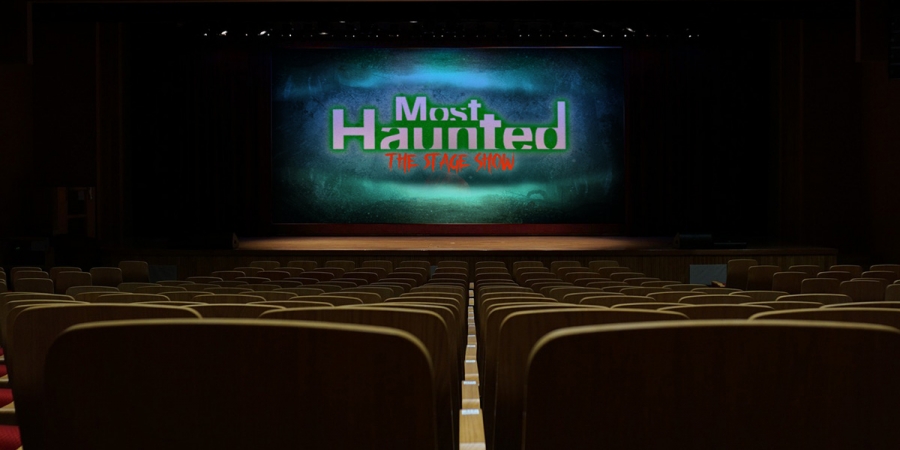 Television ghost hunter, Yvette Fielding, is taking her fellow 'Most Haunted' teammates to major theatres across the United Kingdom to host a unique live experience.
The multi-award winning 'Most Haunted' is a worldwide phenomenon that spawned a genre of paranormal investigation television shows. Now fans of the long-running paranormal reality show can spend a spine-chilling night at theatres up and down the country throughout 2023 and 2024.
'Most Haunted - The Stage Show' begins its theatre tour later this year, with dates at major theatres across the country. So far just three dates have been announced in Blackpool, Harrogate and Chatham, but there are lots more dates still to be announced. So, be sure to check back soon to find out how you can see 'Most Haunted' live on stage.
Yvette, the first lady of the paranormal, is the host and creator of 'Most Haunted'. She's also the author of 'The Ghost Hunter Chronicles', and hosts the 'Paranormal Activity'. She'll be joined on stage by the show's producer and director Karl Beattie, and long-time team member Stuart Torevell. Together they will take theatre-goers on a terrifying journey through their top 10 scariest places they've visited while shooting more than 400 episodes of the show.
The team will also share memories of their investigations and past adventures, some of which they've never talked about publicly before, complete with some unseen video footage from their investigations. There will also be a chance for the audience to interact with the hosts in a Q&A session.
The supernatural gets turned up a notch in the second half of the show, when Yvette will invite some audience members to join them for a séance and Ouija board session on stage with the team and invited to conduct their very own ghostly investigation.
Many theatres are famous for their paranormal activity and ghostly goings-on, in fact the team have investigated many over their 20 years of ghost hunting. So, the stage show will climax with a lucky - or perhaps not so lucky - audience member getting the chance to head off to the creepiest part of the theatre for a mini ghost hunt with the team, which will be relayed to the audience via a night vision camera.
The 'Most Haunted' Team have explored some of the spookiest and infamous locations in the UK, in an attempt to uncover the truth behind tales of restless spirits and mysterious visions, including many haunted theatres such as London's Theatre Royal, Manchester's Oldham Coliseum Theatre and Royal Exchange Theatre, Morecambe Winter Gardens, Liverpool's Gaumont Cinema, Bacup's Royal Court Theatre, and Gainsborough's Old Nick Theatre. Perhaps the team will visited some of these haunted venues on their tour.
'Most Haunted - The Stage Show' is touring all major theatres in 2023 and 2024. The full list of dates will be available soon. In the mean time, tickets are already available for Blackpool's Joe Longthorne Theatre, Harrogate Theatre, and the Central Theatre in Chatham.