Necrotic Radiation: Does 100 Volts Really Leave Our Bodies When We Die? 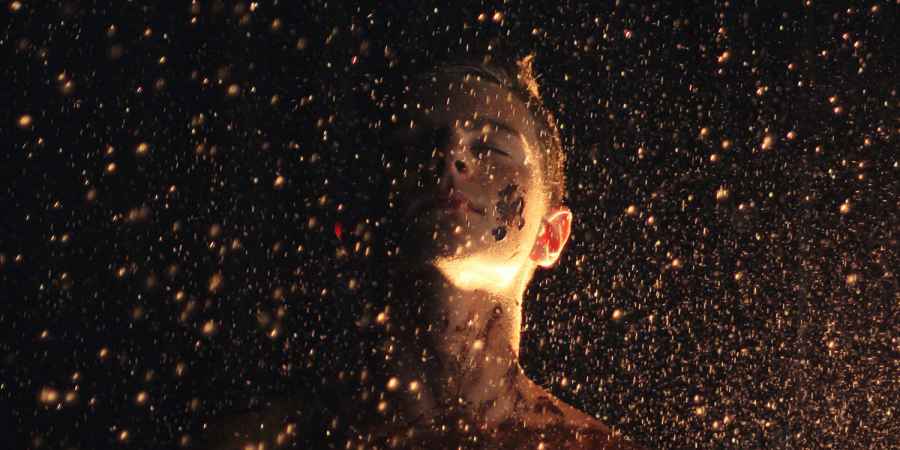 Photo: © Christopher Campbell
In his book, 'What Is A Ghost?', historian and ghost researcher Richard Felix talks about a type of energy that has scientific acceptance. It's said to leave the human body at the moment of death, but what exactly is this intriguing sounding necrotic radiation?
The former 'Most Haunted' star's 2009 publication states, "the electromagnetic field produced by what is called necrotic radiation, containing energy, internal structure, and information may permit continuous consciousness beyond the death of the body."
What's being claimed here is that necrotic radiation is what gives rise to ghosts. It's a type of energy that can live on outside the body and take with it our personality, memories and awareness.
The paranormal historian, who famously own's Derby's haunted old gaol, goes on to say, "it has been found that when living things die, an electrical charge can be registered and is now technically called necrotic radiation."
These energetic bursts, or death flashes, are said to be visible blasts of light. Richard writes, "it has been estimated that in the case of a human being this death flash can momentarily exceed 100 volts." He adds, "there is some scientific acceptability to the idea of necrotic radiation and the omission [sic] of electrical charges from living people."
These claims, seemingly rooted in science, sound very impressive. For anyone with an interest in ghosts and the paranormal the concept of necrotic radiation might be the much-sought-after explanation for things that go bump in the night, but which scientists have recorded these death flashes and who made the estimate that 100 volts of radiation leaves the body at the moment of death?
Sadly, it seems there isn't any evidence to back up these claims, or any references to support their scientific acceptance.
The term necrotic radiation isn't an accepted one in the scientific community. The first mention of this type of near-death energy seems to be in a 1987 paper by Polish philologist, Janusz Slawinski, entitled 'Electromagnetic Radiation And The Afterlife'. In fact, Richard has copied this mention almost word-for-word.
Slawinski claims that an electromagnetic field containing information resulting from life experiences can separate from the body at the time of death or during an out-of-body experience and allow for a continuous consciousness beyond the death of the body.
Michael Grosso, an American parapsychologist with a PhD in philosophy, noted that Slawinski wrote about "several types of electromagnetic emissions associated with normal, stress-ridden, and dying cell populations." However, Grosso said that "not enough [...] is said, beyond the bare assertion of a hypothetical connection, as to how these necrotic radiations relate to the essential or conscious self."
Grosso also points out that the flash of light that Slawinski is referring to isn't a visible, physical or measurable burst of energy at all, merely a psychological experience that is associated with Near-Death Experiences (NDE). Even if we are generous and allow for the possibility that NDEs are a genuine spiritual phenomenon, it's still something that is perceived just by the experiencer, it's not actually light which radiates from the body.
Although Slawinski's paper states that "all living organisms emit low-intensity light; at the time of death, that radiation is ten to 1,000 times stronger than that emitted under normal conditions," no experiment has actually shown that this flash occurs.
So, what about that estimate that's mentioned in 'What Is A Ghost?', that a death flash can momentarily exceed 100 volts? This quote is problematic as light, nor any other kind of electromagnetic radiation, would be measured in volts.
Voltage is a measure of electrical potential between two points. Think of an AA battery. The potential between the positive and negative ends of the battery is 1.5 volts. If you connect a lightbulb to each end of the battery, the bulb lights up. There is no such potential in the human body, connecting a bulb up to the head and the toe will not power anything.
We do send electrical signals through the nerves in our bodies, but this is in the form of electrochemical signals. Some small electrical potential can be measured around the body, such as around nerve cells, but these are in the millivolts range and are highly localised.
The human body does, however, kick out "energy" - another favourite buzzword of ghost hunters. At rest the human body gives out 100 watts of energy, mostly in the form of heat as a result of the chemical reactions taking place in our bodies.
Even if this energy release spiked at the moment of death, it would still be measured in watts, rather than volts, and it would still mostly consist of heat and the reality is that heat loss occurs gradually after death, not in a sudden burst of light.
So, although necrotic radiation sounds like the scientific explanation for ghosts that we've all been waiting for, it's actually another unfounded claim that lacks evidence or experimental backing to support it.
Tags:
scienceparanormal