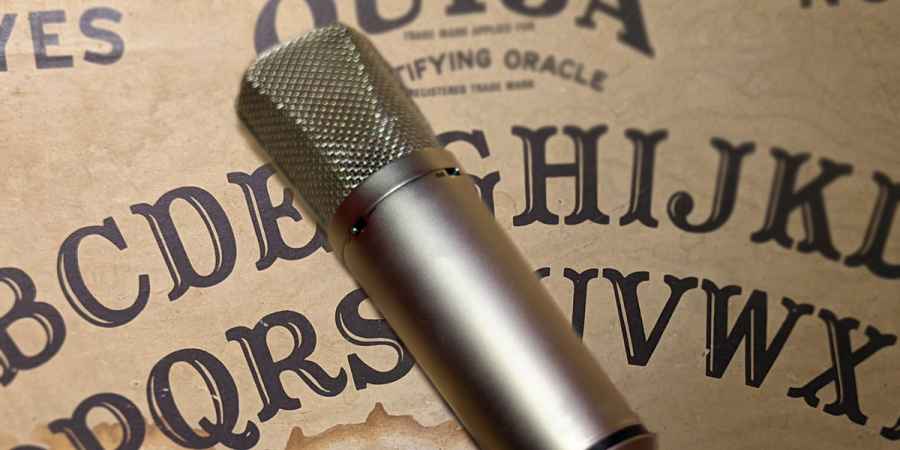 Electronic Voice Phenomena (EVP) are the mysterious sound of disembodied human-like voices of unknown origin that are heard through electronic devices. They are usually heard in the form of sounds imprinted on an audio recording, but can sometimes be a little hard to make out. A new standard in recording audio might change all that, making it easier than ever to dive into recordings after they are captured and focus on suspected EVPs.
The new format, known as 32-Bit Float, is set to become the next big thing in audio and video production. We won't get bogged down in the technical side of how it works too deeply here, others have already covered that much better than we could, but essentially 32-bit recording can captured more raw data than existing 16-bit or 24-bit audio files. When we talk about 16, 24 or 32 bit, we're talking about the bit depth, which is different to the bitrate of an audio file.
Bitrate is an indication of how many samples of the audio are taken per second. For example an audio CD has a bitrate of 44.1kHz, which is 44,100 samples per second. What bit depth tells you is how much data is stored in each of those samples.
For reference, the bit depth of CD quality audio is 16-bit, which is also the bit depth of several handheld audio recorders, the likes of which are used by investigators to capture EVPs, such as the Tascam DR-05X and Philips Voice Tracer 4110, whereas the Olympus LS-12 is a 24-bit recorder.
Although 32-bit sounds like the nothing more than the next step up, the new floating-point format is a little different to its predecessors in that it can sample a vastly superior snapshot of the soundscape. It means there's enough bit depth to capture over 130 million amplitude levels per sample. To put that into perspective, 16-bit audio can capture around 65,000.
In the world of audio production, this is great because it means that audio will no longer peak in the red when sounds are too loud, but this new standard also benefits the world of paranormal research, because it allows researchers to analyse their recordings from investigations more clearly than ever.
The fact this is a floating-point format means that it's a bit like using a high-end camera. Instead of just snapping a photo, these cameras capture raw data which can be composed in different ways after the photo has been taken. In the case of a photo you can alter things like the brightness and contrast later, but with 32-bit float audio you'd can tweak volumes later. So if a sound is very quiet, you'll easily be able to amplify it later without loss of quality.
You will still have the issues of background noise, which some investigators choose to filter out of their recordings. 32-bit float isn't a way to filter certain frequency ranges from recordings, but a way to adjust the level of audio after the recording. Basically, if you record something very quiet like a whispered EVP, you can losslessly turn the volume knob up later.
This ability to manipulate and correct volume levels does open up another common debate... whether or not you should enhance your EVP recordings in the first place. While logic states that a clear and pure recording is always preferable, many prominent investigators have set a trend of manipulating and enhancing their recordings.
The problem with doing this is that if you are intentionally manipulating the audio to make it sound more like the words you think it sounds like, then what you're left with is your ideal interpretation of your own subjective perception of what that EVP should sound like, not a true representation of what it sounded like at the time it was captured.
It's the audio equivalent of distorting a photo or video until it looks like what you want it to look like. Case in point you could also manipulate the audio to sound less like words, which would also be an untrue representation of the sound.
Enhancing audio generally involves removing hissing, hums or other unwanted sounds, a process which irreversibly and subjectively alter the recording. Tweaking the volume of a suspected EVP in your recording is less subjective and less destructive, but changing levels does remove context. Boosting the volume of a sound will mean you have no way of knowing how loud that unknown sound was in relation to known sounds heard before and after it, such as an investigator speaking.
A 32-bit float audio recorder, like the Tascam Portacaputre X8 or Zoom F3, will currently set you back a few hundred pounds. Popular audio editing software, such as Adobe Audition and Audacity, which are both commonly used to analyse EVPs, are already 32-bit float compatible.
Tags:
evpparanormalghost hunting