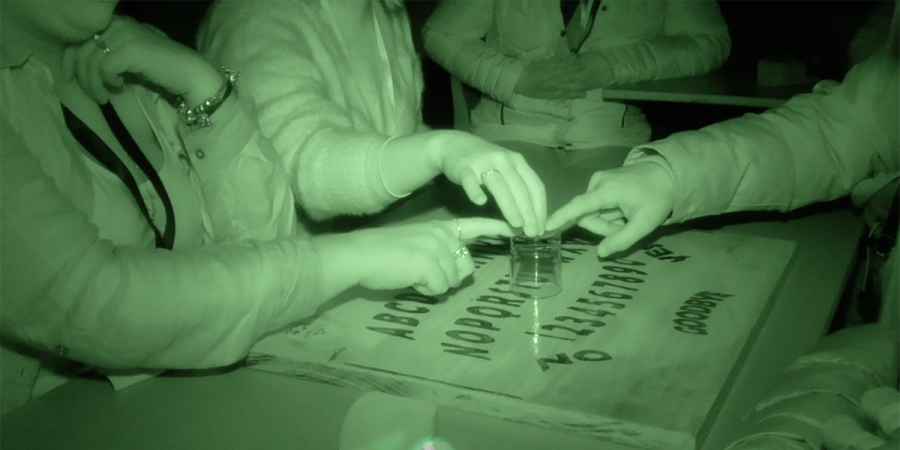 Despite the fact that the vast majority of sightings of apparitions occur in broad daylight, many paranormal investigations take place in the dark. The problem is, you can't see anything in the dark, so ghost hunters use night vision video cameras to compensate.
It's often said that night vision lets you see things that aren't visible to the human eye, but how true is this claim? Well, it's not as straight forward as a yes or no answer.
If we exclude paranormal activity for now and just concentrate on the more accepted science of this type of video camera, then the answer is no, night vision doesn't reveal anything the human eye can't see.
The reason behind this is because cameras work in the exact same way as our eyes. Light hits an object, it reflects off of it and into the lens and is captured on a sensor. The same is true of our eyes, the light enters through the pupil and hits the retina.
Obviously we can't see in total darkness, and neither can a regular camera. All cameras need light and in the case of night vision cameras this light source is an infrared light. Usually this is either built into the camera itself or is an external IR illuminator that is mounted on the camera.
This light is invisible to the human eye, but works in the same way as visible light does. The light from the infrared light source hits the object, reflects off and into the camera's lens. When switched to night vision mode the camera ignores visible light, but becomes sensitive to infrared light only.
Anything the camera sees using infrared must also be visible to the human eye if the lights were on. This is because the object is solid and capable of reflecting light whether that be visible light or infrared light.
So, a night vision camera does not see anything the human eye can't. It just sees it when the lights are out and we can't.

Can You Capture A Ghost On Camera?