Is Yoga An Evil Occult Ritual Disguised As Exercise? 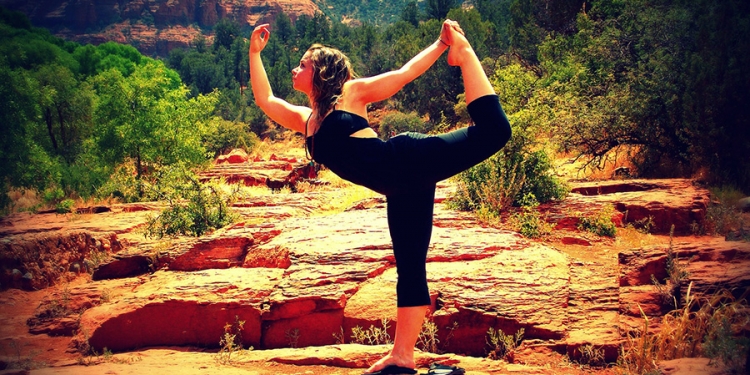 Photo: pixabay.com
Across the globe and at every waking hour, millions of people are practicing the ancient disciplines of Yoga which date back to before the 2nd Century. Although Yoga has been traced back more than 3,000 years as an ancient Hindu tradition, it has changed very little in the intervening years as a method of relaxation, calming anxiety and helping people obtain health and happiness.
As ancient as it is, Yoga was actually only introduced to The West by NC Paul, an Indian physician in the mid 1800s. He had studied the beneficial effects of Yoga on the mind and soul, writing a paper on the subject which paved the way for fellow Indian Hindu Swami Vivekananda's tour of Europe and The United States advocating Yoga and teaching its fundamentals.
But what is Yoga exactly? The word itself can be represented in English by 'union' or 'yoke' and has 12 basic body poses or postures which are used in combination with slow and deliberate inhaling, stretching, twisting and exhaling as a form of low-impact exercise.
But Yoga isn't loved by everyone. In the 1960's there was some paranoia about Yoga being aligned with religious cults, counter-cultures and Western 'mystery traditions' which tied spiritualism with the occult. The 1980's was a boom time for Yoga; video tapes and TV shows dedicated themselves to promoting Yoga's tremendous health benefits for hearts, spines and general wellness but as Yoga grew so did its opponents. For every article, book, vinyl record or VHS tape showing how Yoga was spiritually enhancing and an exercise for both body and mind, there were organised groups convinced that Yoga was a very bad thing. It doesn’t help change their opinion either that some yoga practitioners use yoni eggs while doing the various poses, adding a sexual connotation to the practice as well. We visited Yonieggs.co to research these and their blog mentioned that they were used in ancient Eastern cultures by aristocrats and royal concubines to improve their sexual chakra. But all this talk of chakra doesn’t align with the beliefs of religions like Islam and Christianity.
Some Christian groups disapproved of Yoga believing it was aligned to New Age practices like meditation. As recently as 2003, The Vatican warned that such practices “could lead to psychic disturbance and, at times, to moral deviations”.
Meanwhile, Islam banned Yoga outright in fear it would introduce Hinduism into their religion, as did some Christian groups worried that Yoga would blur their religious boundaries and somehow sully their relationship with their God.
Although many Christian churches hold Yoga classes, others find Yoga 'un-Christian' and evil. They believe Yoga is the work of Satan, like Pagan rituals, infant sacrifice and the worship of alternative gods and goddesses. According to Hinduism, Bhairavi is the goddess of Kundalini, whose spirit is a coiled energy in everyone's spine waiting for its awakening – a thing which horrifies Christians, reasoning that releasing the Kundalini spirit is so spiritually dangerous that they issue warnings about its links with Yoga, meditation and mysticism being a 'way in' for The Devil and fake gods.
Hardcore Christians believe that Satan tricks us into thinking Yoga is a good thing but by harnessing all your energy created during the poses, you are inviting demons into your body and eventually the false gods and goddesses like Shakti and Bhairavi will align with the demonic and use your body as a portal for even more demons to enter you, destroying your Christianity, making you sick and ultimately causing your premature death. They say Shakti is such a big part of the Devil, you will soon turn your dark thoughts into reality and Satan will take you over … without you even knowing. Once you have lost your 'one-ness' and allowed demons and alter-demons to take control of your soul, you are handing over blood-rights of your unborn to Satan.
So, next time you feel like striking 'The Butterfly' or 'Cat-Cow' pose on your rubber mat, remember that the future generations are relying on you not to channel too much energy in one direction since your inner 'Baby Cobra' and 'Diving Swan' could awaken your Kundalini Spirit at any time!
Tags:
paranormal